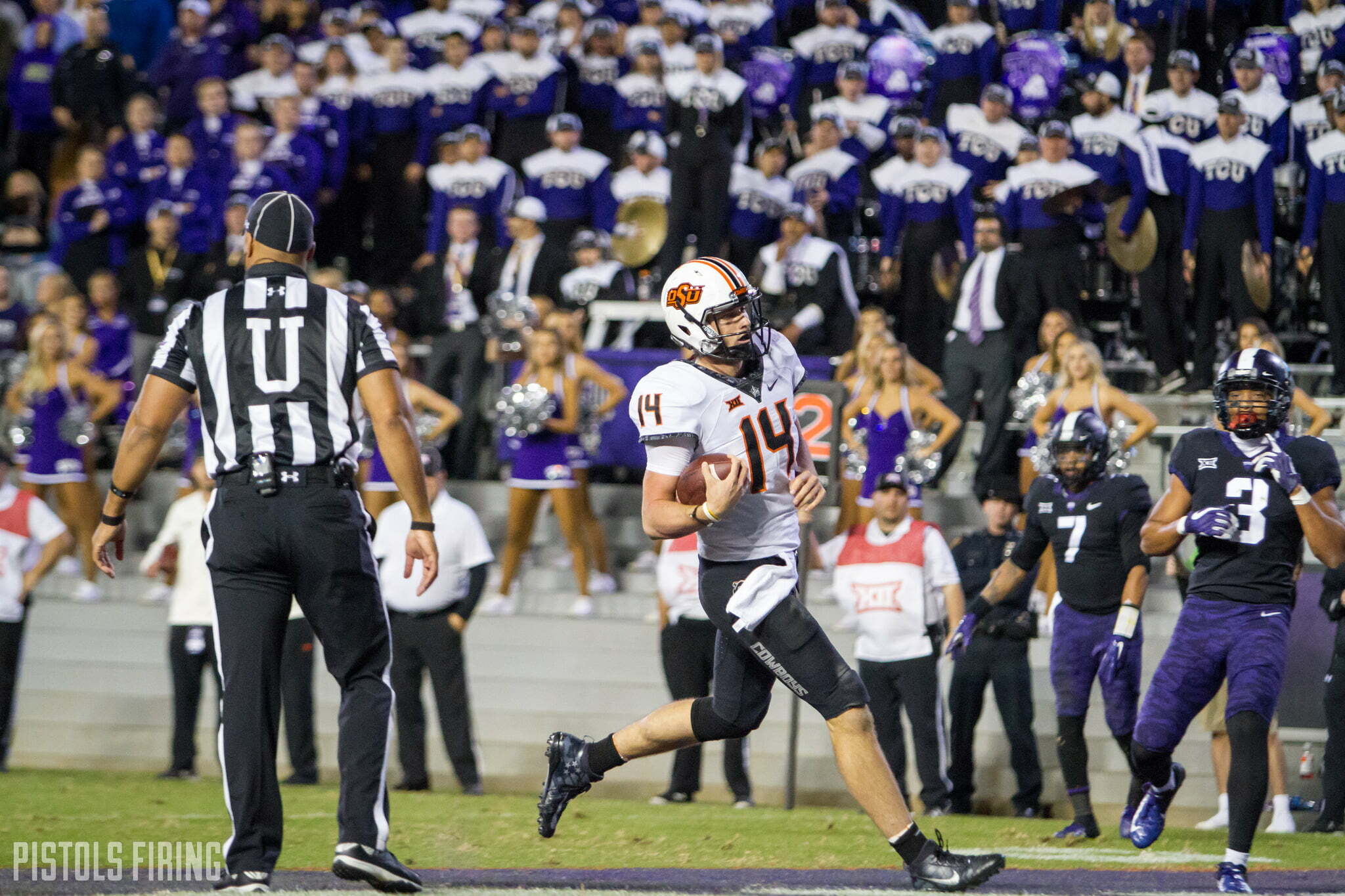 OSU quarterback Taylor Cornelius has received his share of criticism for his passing, but his rushing total has actually been one of the constants of the offense this year. He leads the team in rushing touchdowns and his feet provided one of the only sparks in the Cowboys’ 31-24 loss against TCU last week.

If you look at all the rushing totals from OSU quarterbacks in the past 50 years, Cornelius is tied for second in that period in single-season rushing touchdowns. The only player who’s higher than him is J.W. Walsh, who saw tremendous production as a package quarterback in the 2015-2016 season.

Cornelius has been a product of an offensive system that has efficiently used the quarterback run game. Since coming here in 2013, offensive coordinator Mike Yurcich has kept his QBs involved in the run game at a fairly consistent level, even though he hasn’t had the benefit of a true dual-threat quarterback (sans J.W. Walsh, although Walsh was never a full-time starter).

Still, as you can see above, OSU quarterbacks have scored double-digit rushing touchdowns in four of his six seasons.

There’s a misconception that offenses need fast quarterbacks in order to use them on the ground. That’s not necessarily true. Think about the quarterbacks Chip Kelly tried to run his system with in the NFL.

Sure, it helps; but QBs only need to be used as a “constraint” to help the offense operate. A constraint play or action is meant to keep the defense honest, but it’s not something you build an offense off of. Take a bubble screen, for example. This screen is used to make the defense pay when the defense doesn’t cover the perimeter pre-snap.

Similarly, the zone read, for example, takes advantage of an overly aggressive defense. When the end crashes, it allows the quarterback to pull the ball and often go untouched for a respectable gain. A coordinator only needs to use it a handful of times to make the defense more aware of the possibility of the quarterback run, which helps the offense even in their base run plays.

The quarterback run game has been a significant part of the Cowboy offense, especially in the red zone and short-yardage situations. Imagine what it would be like next year with a true dual-threat player at the helm, say a Spencer Sanders or even Dru Brown.

With a bowl game left on the schedule, expect the Cowboys to draw up some special wrinkles in their off period. Don’t be surprised, though, if it uses Cornelius’ feet as much his arms.