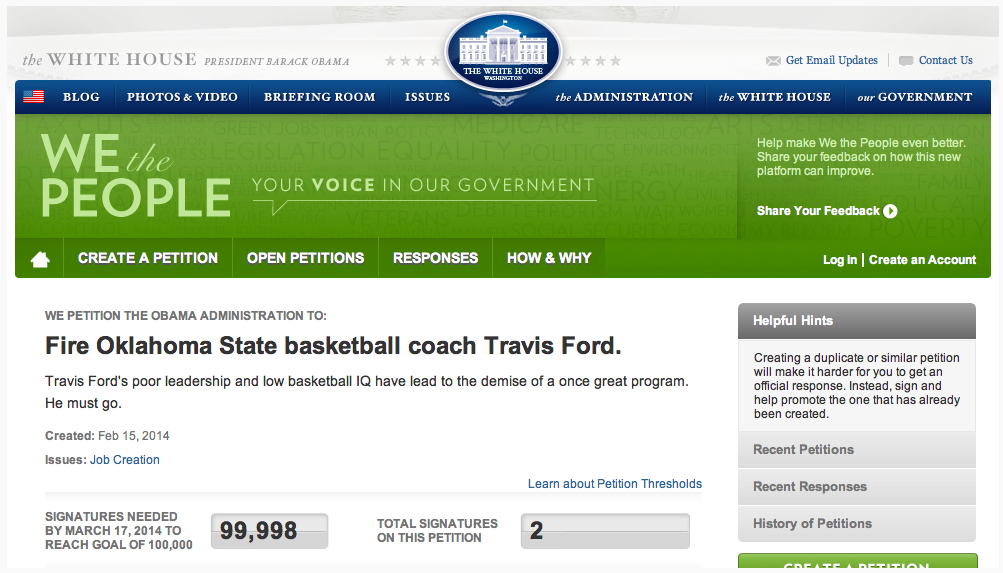 Someone created a White House petition on Saturday after the Bedlam loss to oust Travis Ford from his position as commander in chief of the Oklahoma State basketball program.

I don’t disagree with the sentiment but the White House wisely moderated the petition and removed it from its website. 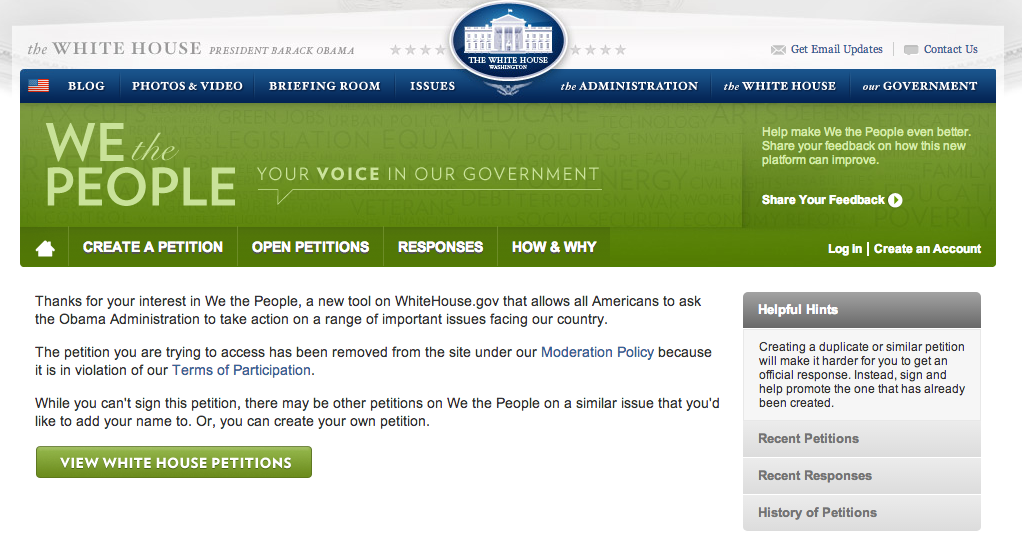 It cited the following as its reason for removal:

Petitions must fall within the scope of We the People — i.e., seeking federal government actions or policies on the topics included in the platform. Petitions that fall outside of this scope violate the Terms of Participation and will be removed in accordance with this Moderation Policy; this would include, for example, petitions that advertise or call for the endorsement or purchase of commercial goods or services, that expressly urge the support or opposition of candidates for elected office, that do not address the actions or policies of the federal government, or that address a topic not included in We the People at the time the petition was created.

I’m going to guess that “get us somebody who can run an offensive set” doesn’t “address the actions or policies of the federal government” though with some of the bombs Marcus launches it feels like we could use military intervention at times.

Thanks for all of this, Obama.