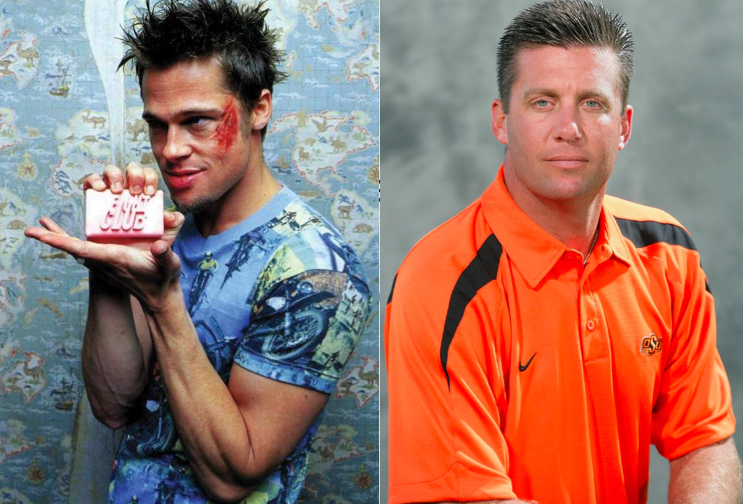 Today’s Tulsa World had a post where they interviewed fans at OSU’s fan appreciation day on Saturday and one of the questions[1. My hands are shaking at this point because I’m laughing so hard about these answers.] was…well…just read it:

If a movie was made about Oklahoma State football, which actor should play Mike Gundy?

You would have to go with Brad Pitt because he’s just aggressive and a good-looking guy and is willing to put in the work to win and refuses to lose. – Tim Kusek, Harrah

It sounds strange, but I would say Robin Williams just because he can be so serious, but he can be the goofy part, too. – Denice Arnold, Edmond

I would say Tom Hanks just because he has some crazy acting scenes in some of his movies (like) ‘Castaway.’ But he can do some very serious scenes, as well. – Lee Farrow, Tulsa

They just ought to get Mike Gundy because he is just all-around honest and blunt. He speaks his mind. – Rebecca Bowen, Stillwater

You can (and should) read the rest of the post here.