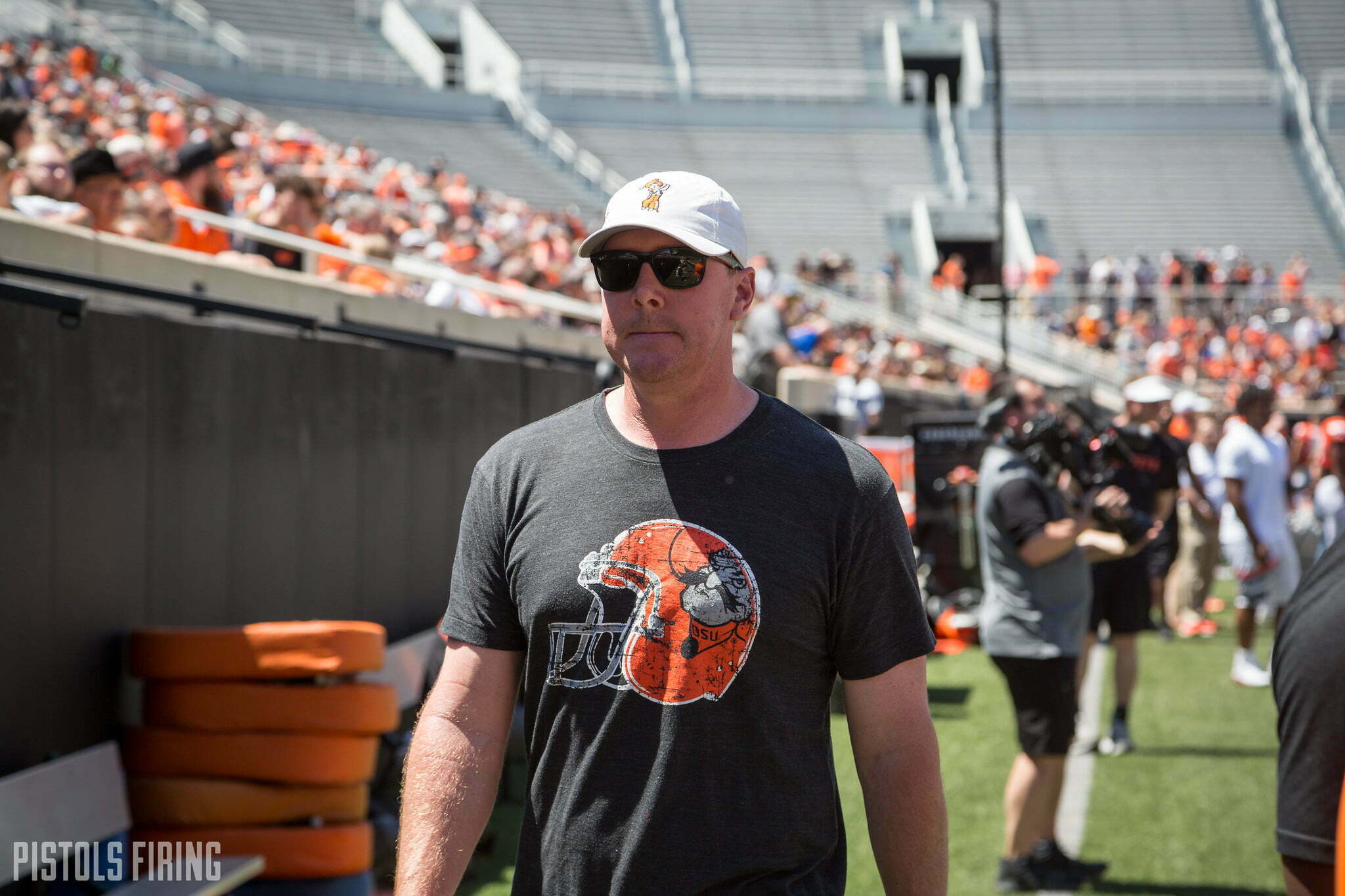 A Twitter discussion arose on Friday afternoon started by @BryanJMetcalf about who were the best four Oklahoma State players to play for its winningest coach.

Good discussion at work, what’s the Mount Rushmore of the Gundy era players? Lots of options, but hard to narrow down to 4. #okstate

It continued from there with most lists starting with Brandon Weeden and Justin Blackmon. As Kyle Porter pointed out in our slack, Gundy’s would probably read something like this: Orie Lemon, Brandon Pettigrew, Andre Sexton and Jamie Blatnick.

So that got me thinking about the four Cowboys I would include all those that have come through Stillwater the last 14 seasons. A caveat, this is based on their merits as college football players AT Oklahoma State.

Weeden has a pretty strong argument for the best quarterback in Oklahoma State history, regardless of era. He won the biggest games and lit the record books ablaze in just two years as the starter.

I don’t hate Marshall Scott’s take that Mason Rudolph edges out Weeden as QB1 all-time There are myriad arguments like the fact that the O-line blocking for him was otherworldly while Rudolph started behind a MASH unit.

But for my money, I have to go with what I’ve seen, and my eyes tell me that Weeden was an absolute winner and a gamer at OSU and I’ve never seen anyone sling it quite like him. (Until Aug. 30 when Spencer Sander kicks off his freshman Heisman campaign.)

I know that this may seem like I am contradicting my caveat listed above, but hear me out. Dez’s career may have been shortened by a silly situation — Deion Sanders proved he could shut down an elite wideout even four years after his NFL career ended — but when he was on the field, he was unstoppable.

In his just 28 career games, Bryant averaged 107.7 all-purpose yards per game. He was an electric offensive weapon and an elite return man.

You were mad there for a second, weren’t you?

I couldn’t help but include both of these prolific wideouts on this list. There is a case to be made that James Washington would also see his likeness chiseled in stone.

Blackmon had it all — the wins, the production, the records and the eye-popping highlight plays. If Dez was a thoroughbred sent to outrun and slice up Big 12 defenses, Blackmon was a warhorse who showed up to conquer.

I don’t know that I’ve ever seen this mix of God-given talent, production and flair in a more physically-imposing subject. If Blackmon was on the field, it was must-see TV.

I’m going out on the limb for Justice, and I will hear no more of this Justice slander. An injustice!

I’m referring to a recently circulated notion that Oklahoma State’s 2019 starting running back usurps its RB1 over the last three years in greatness. Chuba Hubbard might very well change my mind this fall, but as of right now, Justice is the best college running back Gundy has ever coached.

Yep, I’ll take him over Joe Randle, or Kendall Hunter (as much as that hurts my heart). Justice was the RB Renaissance at OSU and he accomplished it almost instantly upon arrival.

As a true freshman — and behind an offensive line that was still very much a work in progress — Justice burst onto the scene and lit the fuse for OSU’s elite offense that dominated over the next two seasons.

Mason Rudolph and James Washington were as dynamic a duo as you will find, but until Justice kick-started the ground game, they were never going to reach the level they did as an offense. He even relegated a legit NFL starting back in Chris Carson to backup duty.

What is your Mt. Rushmore of Gundy-era players? And why is mine wrong?