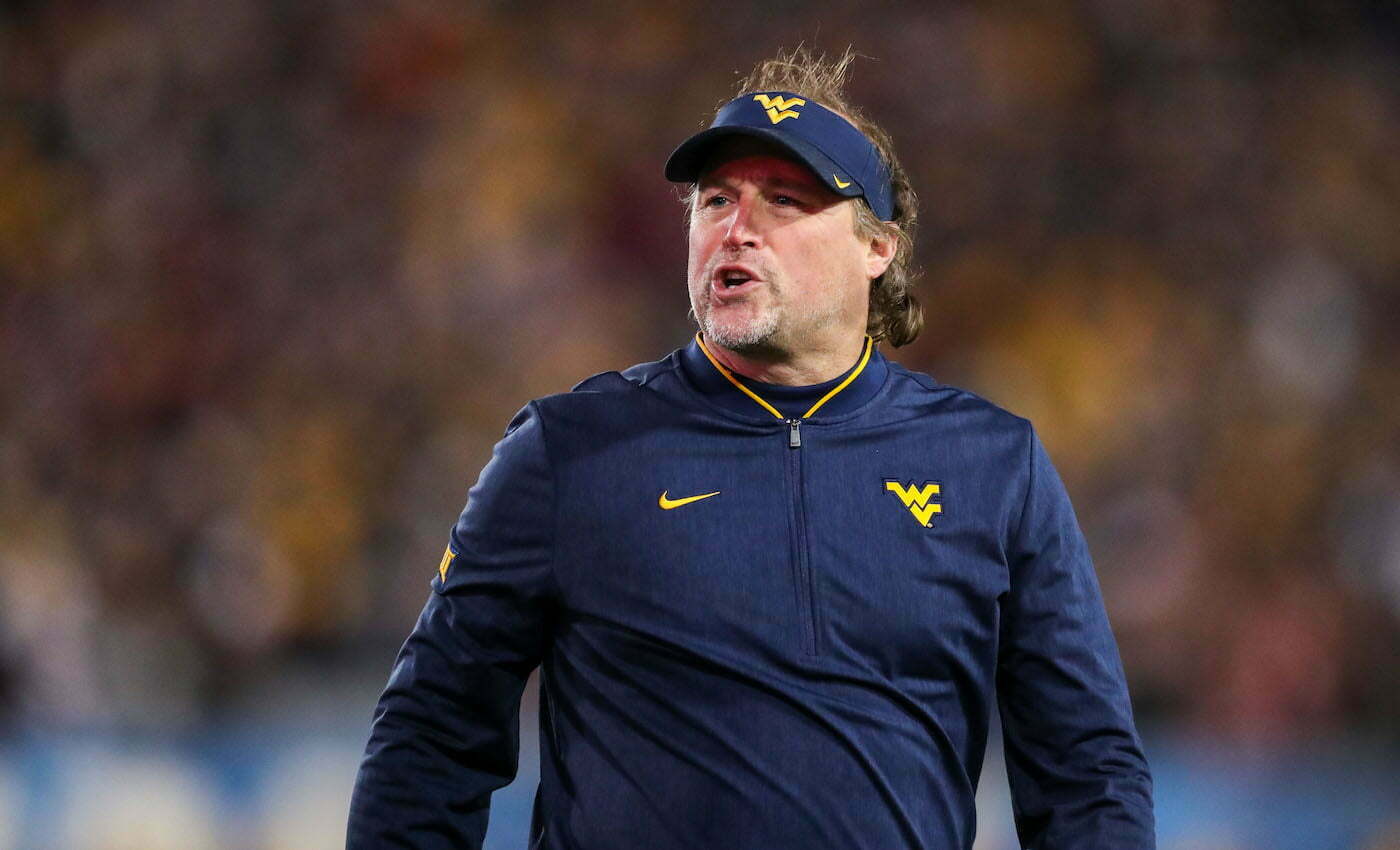 Most coaches — Tom Herman, Kevin Sumlin, Art Briles among many — use Houston as a stepping stone to a bigger gig. Rarely, if ever, do coaches use that stepping stone by voluntarily leaving a Power 5 program.

That’s what Dana Holgorsen is doing.

According to ESPN, Holgorsen, the former OSU offensive coordinator who left Stillwater to take over WVU as head coach in 2011, is finalizing a deal to become the next Cougars coach on a contract worth $20 million over 5 years.

That’s big money. But at the same time, it’s somewhat of a head-scratcher. Why leave West Virginia, a program in the Big 12, for a good-not-elite program in Houston, which is currently in the American Athletic Conference? I’m glad you asked.

To put Holgorsen’s situation in summation: He and West Virginia were in a contract stare down. SB Nation did a good job laying out the nuances of the situation, but in the most straightforward way possible, this move likely prevents his future ouster.

WVU had just an OK season despite having a top-end QB and really good offense. But it’s possible we may have seen what the ceiling of this program is under Holgorsen, and it’s even more possible the writing was on the wall. There was no imminent taker of the throne from Will Grier, which means 2019 could be a down year. And considering Holgorsen’s situation, he may have been only one bad season away from being fired. Houston was a lifeboat and he hopped in.

Holgorsen’s total contract paid him $18.6 million over 5 years, and was set to expire at the end of 2021. According to the Dominion Post, this may have all been expedited by WVU deciding not to enrich his deal — a sign that WVU isn’t going to have its feelings hurt about his leaving.

Holgorsen’s decision could boil down to whether he receives another extension from Mountaineers athletics director Shane Lyons. Sources told the Dominion Post that WVU administrators aren’t inclined to enrich Holgorsen’s current deal given the team’s disappointing 8-4 finish that featured a season-ending three-game losing streak. Picked to finish second in the Big 12, the Mountaineers settled for fourth. [Dominion Post]

By taking the Houston gig, Holgorsen not only gets more security, but also a slight bump in pay. Emphasis on the security. If West Virginia goes 5-7 next season, he’s probably not returning anyway. He’d absolutely have been a buyout candidate. And considering the apparently fractured relationship, he may have been one this offseason, too, if WVU wasn’t willing to pony up on his deal.

Holgorsen has ties to UH, having served as offensive coordinator in 2008 and 2009. So not only does he have familiarity with the program and the surrounding area, he’s had success.

If he experiences more of that in a head coaching role, he’s likely going to earn himself a bigger gig. Yes, I’d argue, West Virginia to Houston is a lateral move at best, and a step down at worst. But the chances of Holgy going from West Virginia to a top-20 job, save for a Big 12 title or CFP appearance, is slim to none. The chances he goes from Houston to a top-20 job are significantly higher. If he wins — and wins big — he’ll position himself to cash in with a major job in, say, 2020 or 2021, if he wants.

Coaching at West Virginia, Holgorsen had to recruit out of Maryland, Arizona, Pennsylvanie, Georgia, North Carolina, Virginia, Mississippi, Florida — you name it. There is no exact area where it banks on in recruiting. Coaching at Houston, however, Holgorsen will be able to essentially pull his entire roster out of his own state. Yes, he’ll battle Texas, TCU, Baylor, etc., but there’s no void of talent in the state and plenty to go around.

Moreover, the QB situation is among the most notable with this move. Behind Will Grier at WVU, there was nothing. (Did anyone watch the Camping World Bowl?) Jack Allison might be a fine player down the line, but Houston, with D’Eriq King and Clayton Tune, are absolutely loaded at the spot. Simply on paper, UH is ready to win, and maybe win big.

How he got it

When Holgorsen was linked to the Texas Tech job after Kingsbury’s outster, it was evident he wanted out. Houston wasn’t open at the time, but it became open when Major Applewhite, who coached UH from 2016 on, was fired after going 0-3 in bowl games as the Cougars coach. Houston went 8-5 on the season and got smacked by Army in the Armed Forces Bowl.

What it means for West Virginia

When you’ve got a coach who is winning, on average, more than 7 games per season, you almost certainly try to keep him. When that coach is the head of West Virginia, you do everything you can. But that was not the case, as WVU seemed content letting him walk without trying to boost assistant salary pools or Holgorsen’s own deal.

That is not great!

Maybe Holgorsen had run his course in Morgantown and a change was needed, but a middle-tier Big 12 program that is out of the league’s region choosing not to try and hang on to its coach that has been above average, is a bad look. If it fails to hire a coach with equal or greater success, it will be a horrendous look. West Virginia isn’t getting voted off the Big 12 island or anything, but the chances of this blowing up in its faces are non-zero. West Virginia can be significantly worse than it has been. It will be interesting to see how the program fares over the next few years. With conference realignment likely resurfacing in the discussion sphere soon, there is some pressure on WVU brass to not screw this next hire up.