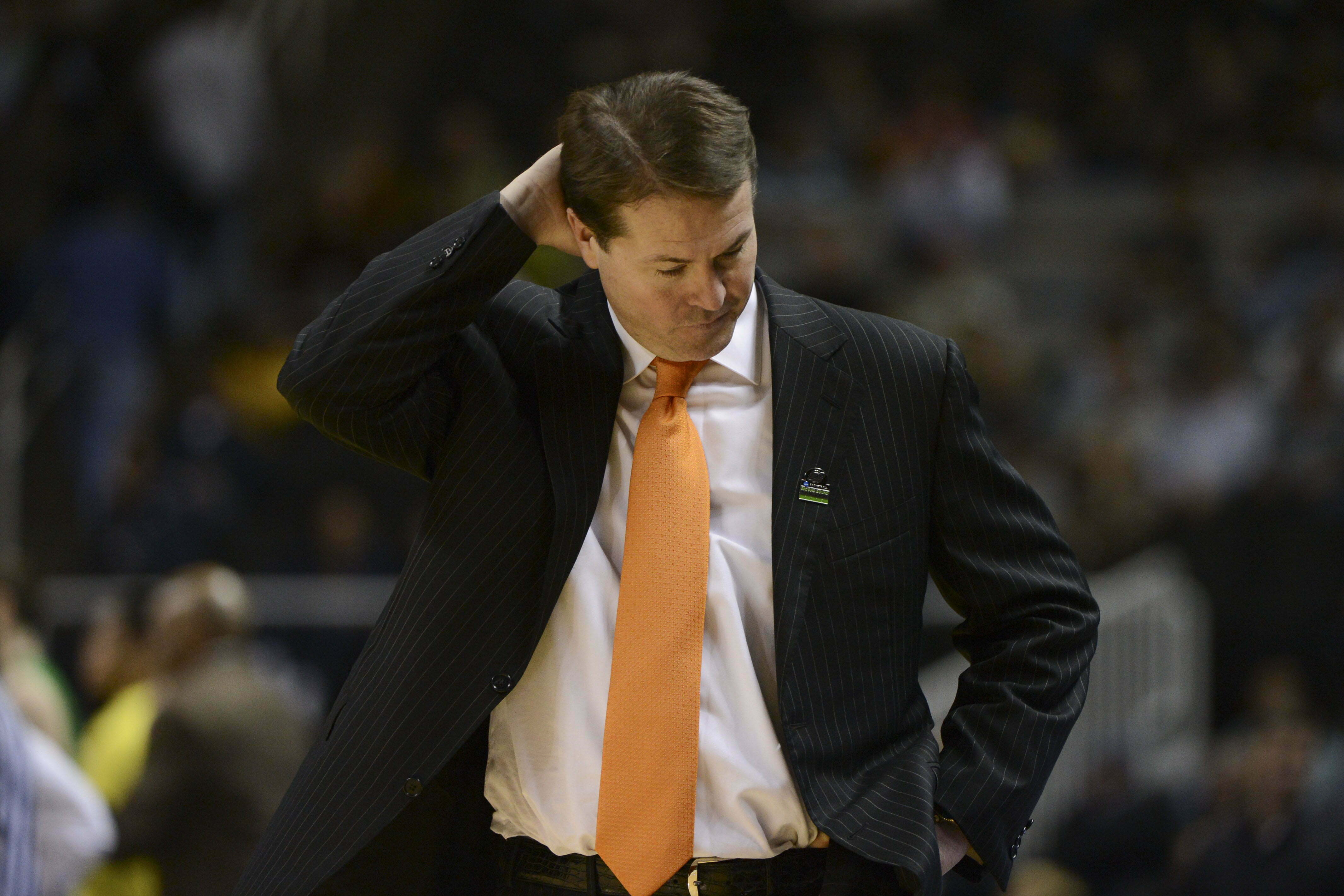 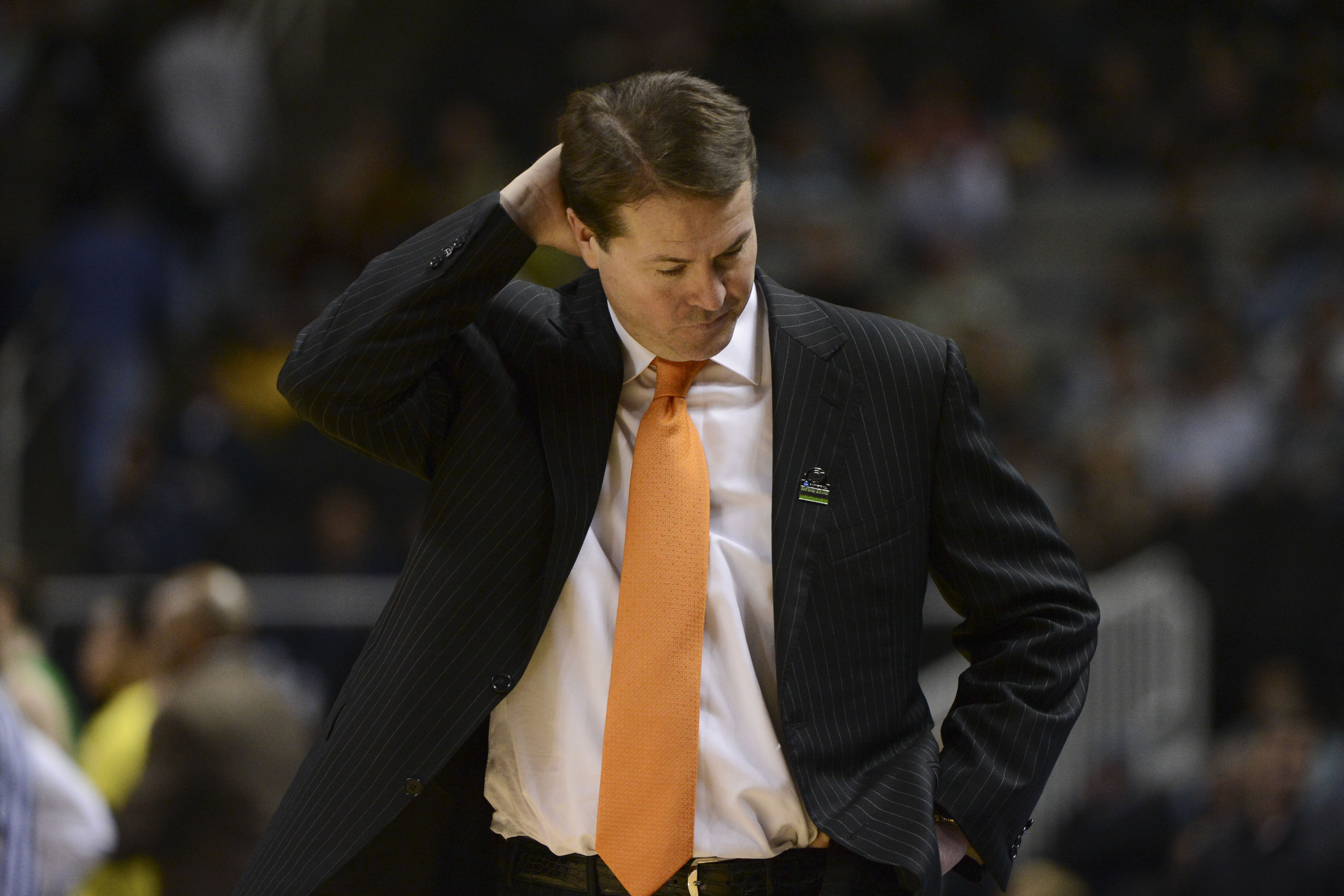 Before you hurl your insulting barbs my way, consider that this is the first time in Ford’s five-year tenure I’ve ever said I was out on him.

Finish 9-7 in the Big 12 with two future NBA guys in your first year? Fine, whatever, we’ll get better.
Go 15-18 for OSU’s worst season since 1985? Ok, Marcus Smart is coming.
Win one tournament game in five seasons? Uh, we have a problem.

First, a premise: Oklahoma State, as a basketball school, is a second-round program. That is, the expected result each and every season should be to get to the second round of the tournament with a shot at the Sweet 16. These are, theoretically, the top 32 schools in the country every year. I feel like this is a rational, realistic expectation for who we are[1. If you want my Sweet 16 programs, without looking it up I’d say: Kentucky, Kansas, UCLA, Indiana, Duke, Carolina, Florida, Gonzaga, Arizona, Syracuse, Georgetown, Ohio State, Michigan, Louisville, UConn, and Pitt or NC State or Maryland…I could be talked into OSU being in this group, but not very easily. We’re on the precipice.].

Obviously you’re going to deviate from this a little bit — a few Elite Eights and Final Fours, a few missed tourneys and first round exits — but generally speaking if OSU makes it to the second round of the NCAA Tournament, as one of the best 32 teams in college hoops, that’s an average year.

Well guess what, we’ve played one second round game in the last eight years.

Now some of that is on that hideous end to the Sean/Eddie era. Three years worth anyway. That’s not Ford’s fault.

But if you’re still using Sean as the measuring stick for what Ford should be doing then your expectations for OSU hoops are not where they should be anyway. But look at what he did compared to what Sean did with the same players! Great, you and I are better than Sean.

It’s not like the cupboard was bare when Ford took over. He was handed James Anderson (first round pick), Terrel Harris (NBA champ), and Byron Eaton (All-Big 12 player and serviceable to really good PG depending on your view).

And to be fair, he took them to the brink against No. 1 seed Pittsburgh that season. But that group also finished 9-7 in the Big 12 in a four-way tie for fourth with Texas, Kansas State, and a loaded A&M squad led in scoring by Josh Carter[2. “loaded.”].

Three potential future NBA players — one potential NBA star, and they couldn’t get out of the first round.

Now, the tournament is a wily, slippery thing that doesn’t always determine who the best team is, just the hottest. But like it or not it’s one of the three measuring sticks we have for college basketball coaches (the other two are conference regular season and conference tournament, I’ll talk about these three measurements, and how Ford stacks up, in the future).

And to be honest, after Thursday’s loss to Oregon I wasn’t sure where I stood. This season was a blast, I had so much fun covering the team, GIF-ing the crap out of Markel and Marcus (and even Ford). They played like they really cared, GIA filled up, basketball was hot again in Oklahoma…but then it all fell apart in five short 20-minute halves of hoops against Baylor, KSU, and Oregon.

I had a conversation with Amilian, one of the guys y’all see around here sometimes, and he was the one who finally convinced me to look at Ford’s entire body of work and judge him based on that instead of just this year. Five years worth, here it is:

Does this look like the results of a coach who should be 1.) making $20 million over 10 years and 2.) should be at the helm of OSU’s basketball program?

Basketball has kind of gotten a pass on this because of all the football hoopla, but we’re better than this, guys. We’re better than a coach who has fewer tournament wins in 14 years of coaching Division 1 basketball than Florida Gulf Coast has in the last week.

Yes, he’s done a good job of getting quality players to Stillwater, but what’s the point if you’re not doing anything with them?

This isn’t an indictment of this year’s squad — I loved this team and I thought Ford actually did a pretty decent job. It’s not even an indictment of Ford as a person, I think he really enjoyed the team he had this year, they had fun, got rolling, etc.

It’s not about what direction the program is going in or what will happen next because five years is a long time to get a job done, and he hasn’t done it.

This is an indictment of Ford as the head of a program for five seasons that has done little more than put a mini-scare into Jamie Dixon’s team in the second round one time back in 2009.

We live in a world where one tournament win in five years and one 3rd place finish in the Big 12 just isn’t good enough at Oklahoma State.

One thing I’ve learned from running this blog is that people could give two you-know-whats about what’s going on in my life other than the delivery of content to pistolsfiringblog.com on a daily basis. And you know what, they’re right in this expectation.

They want me to deliver.

This is what they should expect too because it’s what I’ve inherently promised. I shouldn’t get a pass because I don’t get paid and don’t have a boss — and I don’t, or I hope I don’t.

And Travis Ford sure shouldn’t get a pass because he does get paid and he does have a boss.

I’m sorry to those who are Travis Ford apologists but if you think one tournament win in five years is worthy of a head coach at Oklahoma State then I’d love to hear your rationale. Because I think it’s worthy of being let go.

I don’t know what’s going to happen in the next few years — I seriously doubt it ends with Ford getting fired — but do you guys really expect more next year when we lose Smart and add noted gunner, Stevie Clark? Do you expect a Sweet 16 or do you expect the same middling performance we’ve been given for the last five years?

Do you expect a team without Marcus Smart to continue to fill up GIA and contend for a Big 12 title?

Maybe I’m wrong about all of this, I’ll accept that, and happily (I mean happily) eat crow next year when OSU is gliding with Carolina in an Elite Eight game.

But I’ve seen enough that I don’t think I’m wrong.

And don’t confuse my feelings on this with my lack of interest or support for this team. Like I said earlier, this year was really fun. And if Travis Ford is the coach next year (and he will be) then I’ll again be behind the team and try to have as much fun as I can with it.

I don’t think Ford is a terrible coach but I think Oklahoma State is better than what he’s given them.