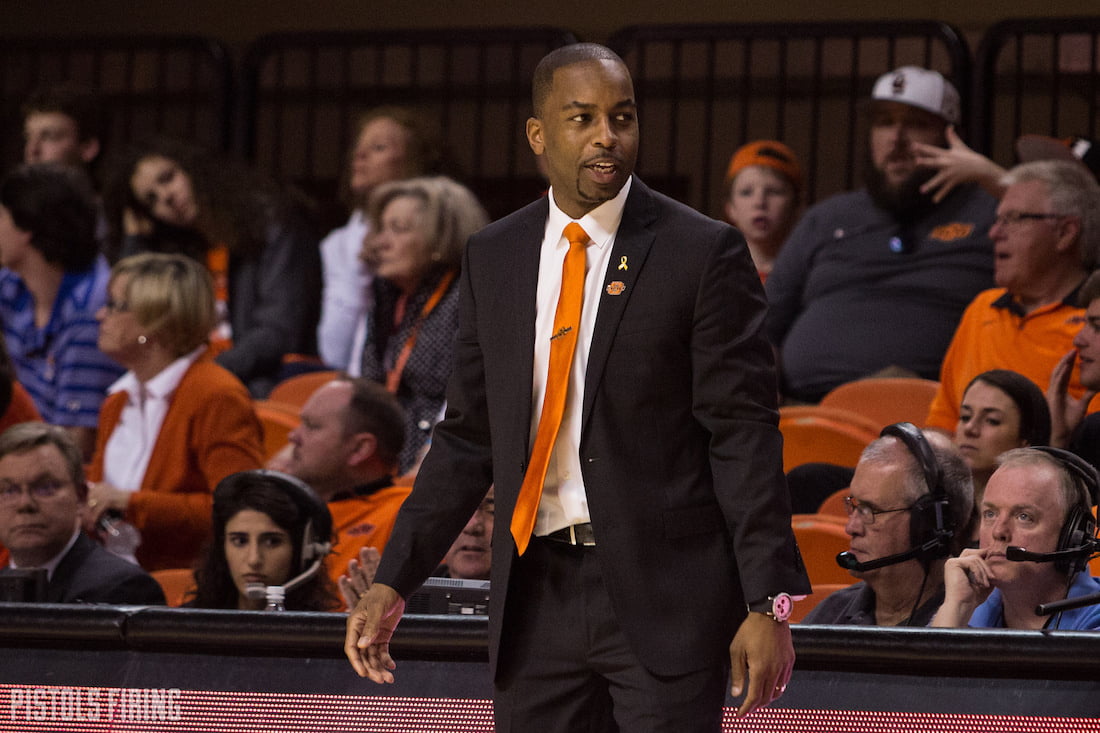 Underwood and Oklahoma State did what almost no one thought they could: they turned it around. That year, they won nine of their next 10 conference games, punching an NCAA Tournament ticket despite a woeful start to league play. How’d Underwood do it? You’ll recall that offense he had with Jawun Evans was lethal — it ranked No. 1 nationally in adjusted efficiency. It’s the defense, however, that was holding that particular OSU team back.

So Underwood considered change. He phoned his assistants to discuss. What was necessary? What was plausible? What was implementable?

Underwood and his staff decided that the answer was to dial back the pressure, pull back the point of confrontation to just above the 3-point arc, and reign in the ball-denial aggressiveness. They’d also continue to mix in some zone. This wasn’t an overhaul; it was a slight tweak, and one to which the players bought in when it was presented to them the following day. [Yahoo]

There’s no sugarcoating this turd: things are rotten. Oklahoma State can’t get off the mat. With six consecutive conference losses, though, a break in the clouds with the schedule: rebuilding Texas A&M on Saturday. Shorthanded Kansas at home on Big Monday. Struggling OU and TCU in the next two.

“We knew from that we had to make changes defensively, even though we were turning people over at an extremely high rate,” Underwood told me. “Second in the country, but on the back end it wasn’t worth it. We were fouling too much, were starting almost every game down eight points at the foul line. We were not maximizing with free throw attempts for us or picking up offensive rebounds for extra possessions. We felt that combination was too difficult to achieve at the highest level, to balance it out. That forced changes.” [CBS Sports]

Does Boynton have that in him? Can he make a sweeping change to get OSU looking less like the Washington Generals on offense? Can he mastermind an Underwood-like turnaround and get this team — warts and all — to the NCAA Tournament? Underwood’s done it once at OSU and is well on his way to doing it this year with Illinois.

Boynton should follow his mentor’s footsteps. For Oklahoma State, it will be different. The defense is good. It’s a top-60 unit defending the 3-point line. Top-60 in turnover rate forced. That’s not the problem. The problem is offensively, where Yor Anei’s regressed, where the ball stagnates on the wing, where the playmaking ability of OSU’s veterans just isn’t quite there.

Maybe it’s a youth movement Oklahoma State needs. Oklahoma State’s youngsters — the Boone twins, Avery Anderson, Chris Harris Jr. — have warranted more minutes. Maybe it’s a scheme change, a philosophy shift. Maybe they need to watch Hoosiers until they start having nightmares about Norman Dale. I’m not a coach — I can’t say. What I can say, though, is that OSU needs to do something different. Shake things up. Unless things change drastically — and fast — OSU is going to miss the NCAA Tournament for the third straight year since Underwood’s departure. And Underwood? He’ll be dancing his way into March, thanks to another daring in-season philosophy change that’s paying big dividends.