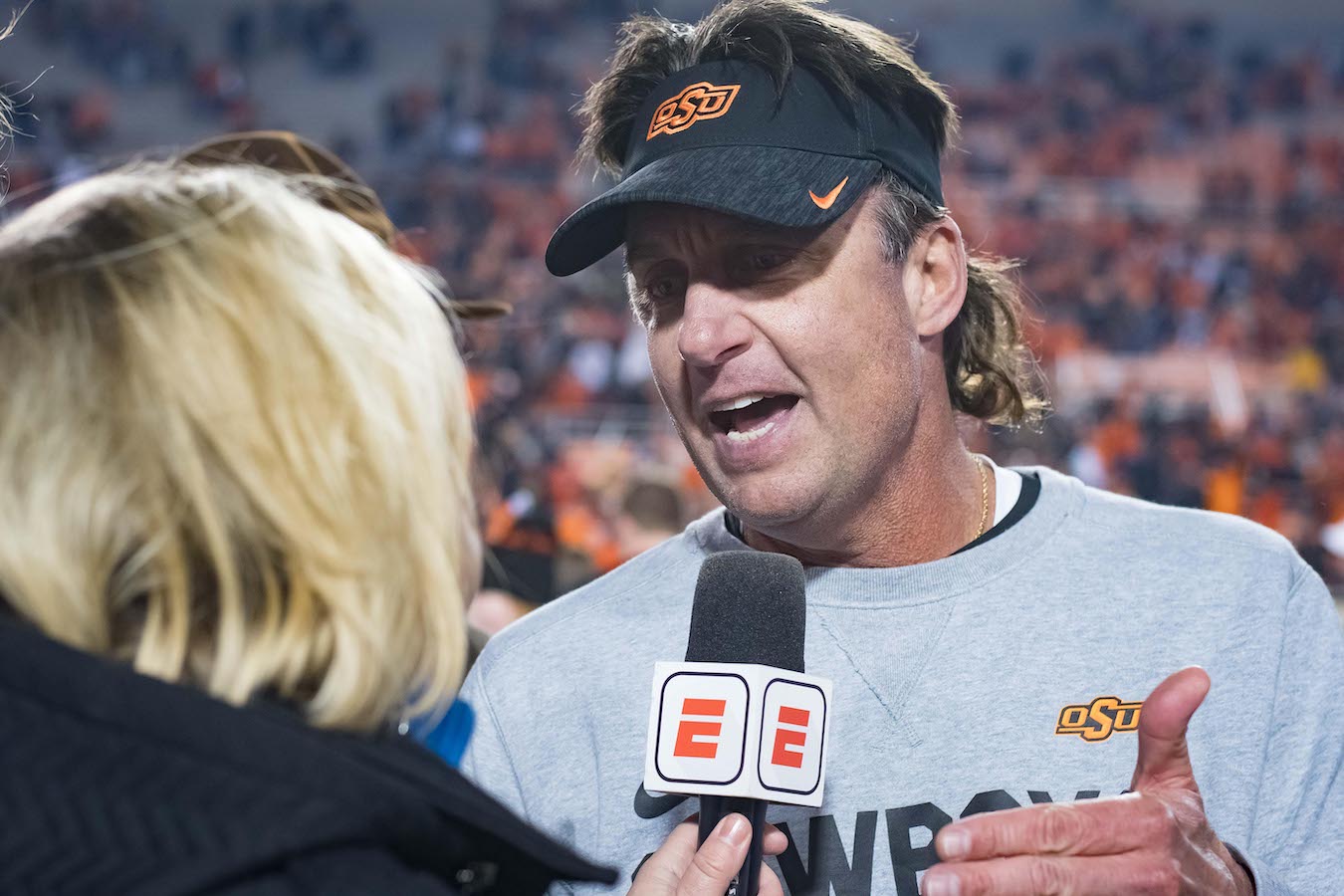 ARLINGTON, Texas — The added density on the mullet and the favorable home schedule aren’t the only reasons Mike Gundy has a pep in his step as he looks ahead to the 2019 football season.

At Big 12 media days on Monday, Gundy explained he is especially rejuvenated this summer for the upcoming season because of another reason: lack of success last season.

“I’m more excited and looking forward to a season than I have in a long, long time,” he said. “We didn’t play as well last year as we should have, in my opinion, and it was the result of me not doing my job and holding coaches and players accountable. We weren’t a very disciplined football team. We weren’t a very tough football team. Those are two areas that we can control the outcome.”

As you can see below, from 2015-2017, the team ranked inside the top 50 each year in penalties committed. In 2018, however, OSU committed 6.8 penalties per game, ranking 95th in the country according to TeamRankings.com.

Discipline — or lack thereof — was a constant gripe among spectators last season. The team wasn’t very good as it was, but when it was, penalties and lapses in thinking often made them look worse.

So Gundy’s solution? For him, it’s simple: get back to his coaching roots. That means more discipline, more physicality, and in turn, hopefully, a better team.

“I feel like we need to be a more disciplined, physical, tough football team,” said Gundy. “So I’m going to make a point as I did in the spring and hopefully it carried on this summer when the players were working out and obviously we’re not out there with them, to be a more disciplined, physical football team, and I think that will help our team. So I’m excited about just seeing the results.”