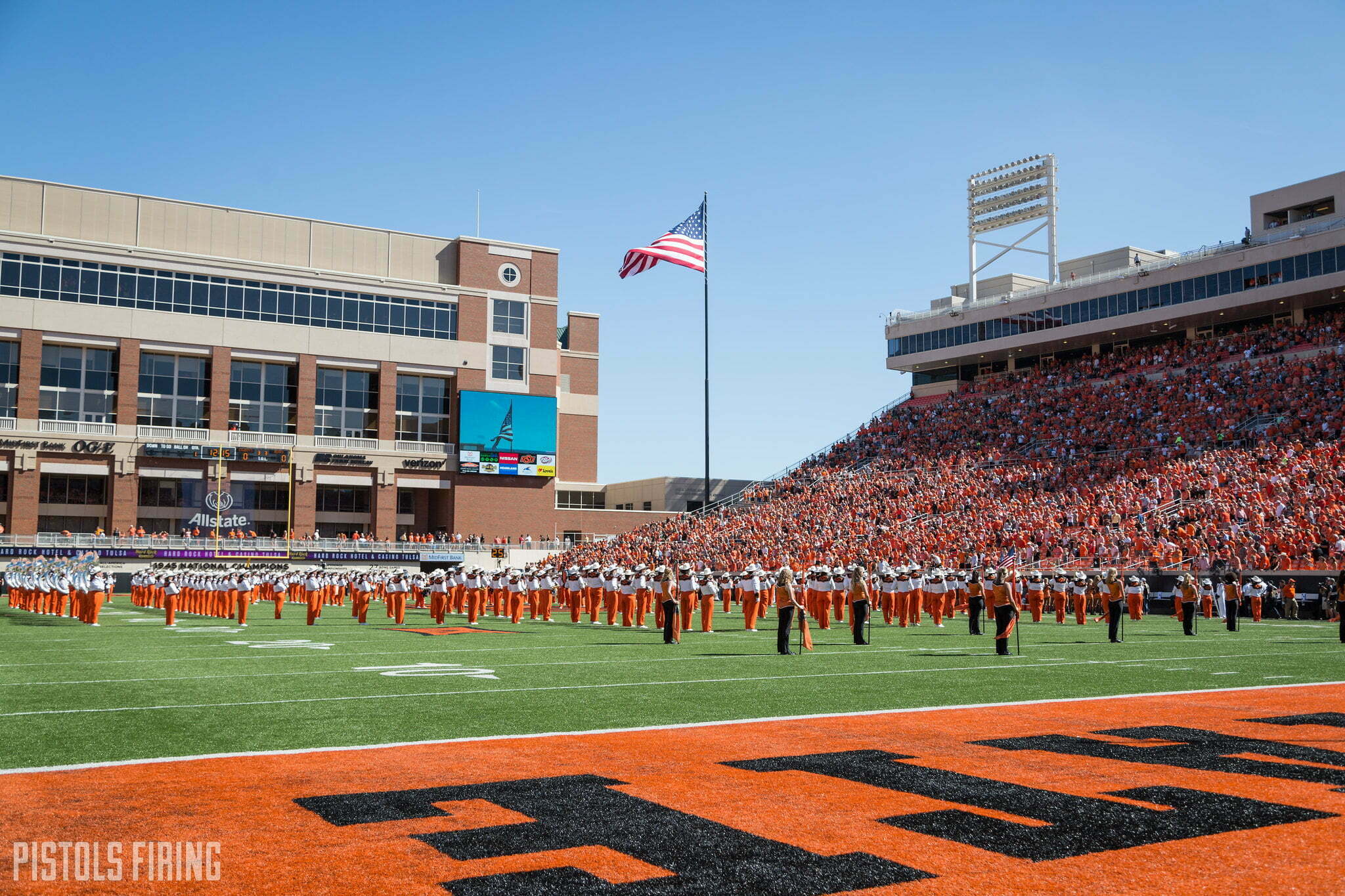 In realignment, there are myriad factors at play for conferences to consider between academic accreditation, athletic budget, alumni base and support. But boil it all down and one factor in particular tracks as the most important: success on the football field and selling said success.

I was reading this week a story by Zach Miller, who broke down the TV numbers by setting out to answer one simple question: Which college football programs bring in the most TV viewers? The answer, it turns out, is reason No. 1 why Oklahoma State — left behind in the Big 12 by Texas and OU in their quest to join the SEC — should be the first call power conferences consider making in this round of realignment.

OSU ranked 19th nationally in average number of viewers per week (in viewership data between 2015-2019), a set of data that included streaming numbers and excluded bowl games and conference championships. With an average audience of 1.64 million, it ranked first on the list among non-SEC/Big Ten/ACC/Pac-12 schools. Second on that list in that same criteria was TCU, at 24th nationally with 1.495 million average viewers. West Virginia was 30th at 1.27 million and Baylor was 35th at 1.12 million. For posterity, OU ranked No. 8 and Texas came in at No. 13 at 2.90 and 2.269 million, respectively.

If you’re an Oklahoma State or TCU fan holding out hope for a Pac-12 invite, these rankings are something to point to. The Cowboys and Horned Frogs outranked every Pac-12 team except USC.

I agree — if you’re an Oklahoma State fan and you’re hoping the Pac-12 is considering OSU, these numbers are encouraging. But that’s operating under the assumption the Pac-12 indeed wants to expand, which to this point all indications suggest it does not. In fact, the Big Ten, Pac-12 and ACC discussing an alliance suggests expansion may not happen not only in the Pac-12, but at all.

If that is the case, then it’s back to square one. Stay in the Big 12 and hope it can win instead of wither in the changing landscape of college athletes? A risk, even if it were to suck up some of the top schools from the American Athletic Conference. Jump to the American and become the brand name of the league? Another massive risk, with huge financial downsides; the leagues members pull in a fraction of what the Big 12 is now — even if you factor in the revenue losses of OU and Texas leaving the Big 12 (though not factoring in the fact that ESPN may not come to the table to purchase inventory without those two when the deal is up in 2025).

Truth is, realignment can mean many things from many different perspectives. For TV companies, a chance to recalibrate its inventory. For major conferences, a chance to reposition in the NIL era as playoff expansion takes place. But for OSU, it could be a chance to showcase its bonafides as a top-20 athletic program in America. And when you get down to the meat and potatoes of what really matters — football success and drawing an audience to watch it — OSU is seemingly positioned well for the future amid uncertainty that lies ahead.