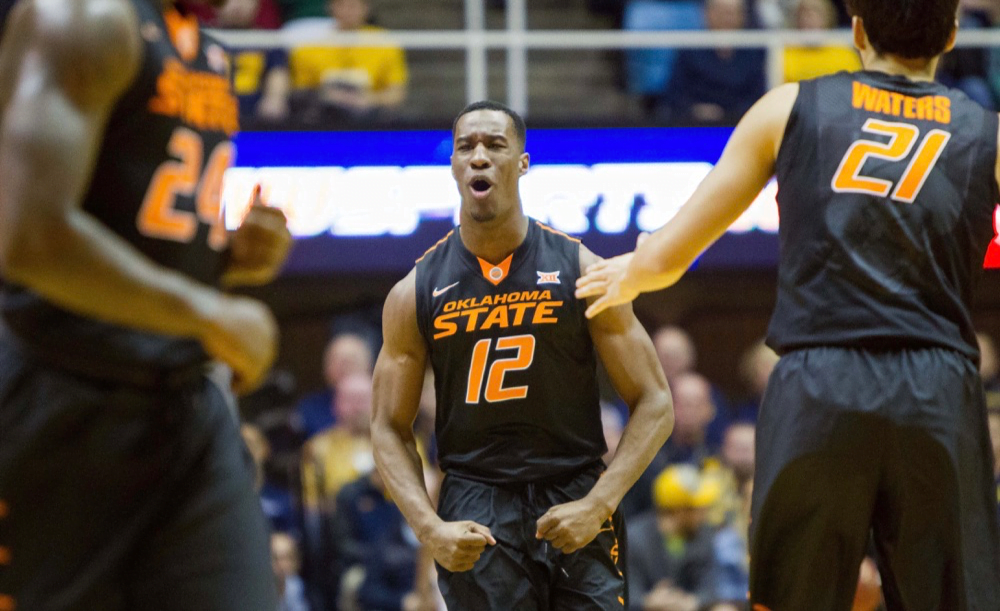 Oklahoma State is No. 2 in the country in adjusted offensive efficiency. If that surprises you, you’re not alone. Here are your top 10 teams according to KenPom.com. Adjusted for opponent, OSU averages 125 points per 100 possessions.

On Saturday, it took this to the next level. OSU had an effective field goal percentage of 73 (!!) percent and an efficiency of 129 (!!) despite turning it over on over a quarter of its possessions. How does that happen? How about 80 of its 82 points coming on layups (or short jumpers), 3-pointers or free throws. Seriously, look at this shot chart. One two-pointer that was outside five feet. That is remarkable. Even more remarkable is the fact that they only attempted two non-threes from outside the paint. This is how you become an amazingly efficient offensive machine.

Head coach Brad Underwood said it’s also what West Virginia did to the Cowboys in a blowout win in Stillwater a month ago. On defense, OSU tried to keep this from happening. On offense, it tried to make it happen. Threes and layups. Free throws are a natural byproduct.

“We gave up 50 points in the paint in the first game,” said Underwood after his team surrendered just 22 on Saturday. “We never gave ourselves a chance in the first game.When you combined that with our effort, that game was over at the ten minute mark of the first half.

“Keeping the ball out of the paint was something we felt like we had to do. A much better job of making them shoot contested threes. They were shooting the heck out of it coming in. They still made 12 tonight, but then again, it’s better than 50 points on layups.”

It certainly is. Here is the work OSU did on offense on Saturday. It went to the line 27 times to WVU’s 15 because it was the aggressor.

All of this against one of the best defensive teams in the nation. Watch how OSU scores in these highlights. Three-balls, and-ones and a dunk that will reverberate into next week.

Another road game. Another Cowboy win. Help us pick the top plays from the win at No. 7 West Virginia. #okstate pic.twitter.com/meSMnD1JpG

As Underwood pointed out on Saturday, it all starts with his point guard Jawun Evans.

“He’s one of the elite guards in the country,” said Underwood. “With him we fight that fine line with playing under control, knowing when and when not to. When Jawun has the ball we want to attack, and his decision making is right most every time. He made great reads.”

That he did. Evans was 6-7 from the field, had five assists and went 6-7 from the free throw line with some big ones down the stretch. OSU needs to cut down on its turnovers (as I mentioned 27 percent of possessions ended in turnover which is really bad), but if it keeps this three-and-layup philosophy going forward, it’s going to win a looooot of games under Underwood.