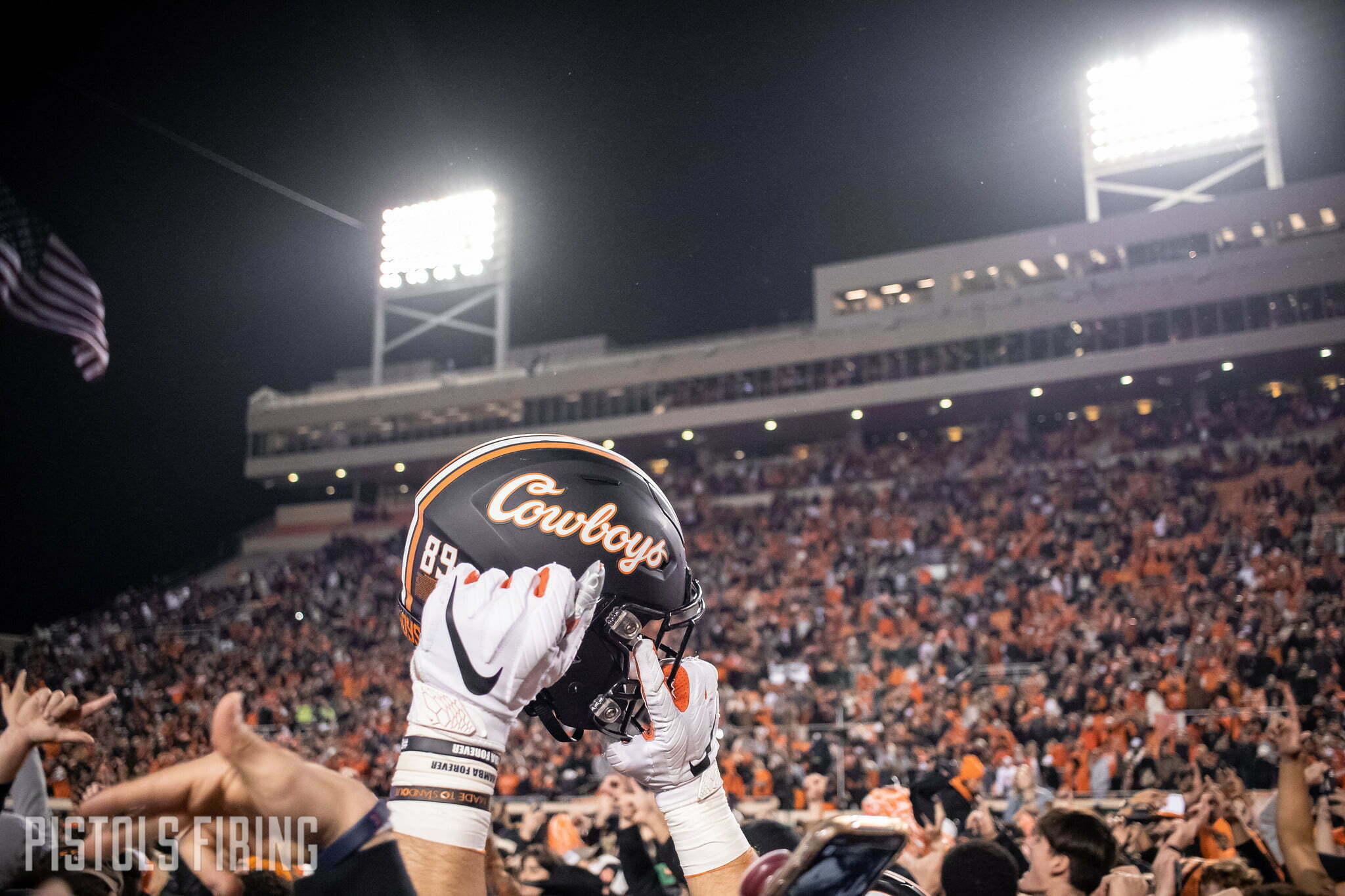 A lot of things would have had to fall the right way for the 7-3 (4-3) Cowboys to make it back to Arlington. Now that longshot has officially become a no-shot.

With Kansas State’s 48-31 win over West Virginia, the Cowboys have officially been eliminated from the Big 12 title race. So Bedlam really is about who’s the best in the state. Bring on the battle for bragging rights.

Early on, the Cowboys looked primed to return to the Big 12 Championship in back-to-back years. After getting off to a 5-0 start, the Cowboys let one slip away against TCU. (With the Horned Frogs now at 11-0 and currently in the CFP picture at No. 4, that loss doesn’t look quite as bad.) The Cowboys followed that up with a big homecoming win over Texas. But a pair of stinkers inside the Sunshine State — and an injured Spencer Sanders — dropped the Cowboys down a peg.

Meanwhile, the Sooners have had their worst season this century. At 5-5 (2-5 in conference), OU has the most losses since the John Blake era. But the Sooners are favored at home and desperate to become bowl-eligible.

Sanders returned at the end of the third quarter and helped the Cowboys complete a comeback win over Iowa State, and now he’s in Norman, aiming to join the short list of OSU quarterbacks to notch multiple Bedlam wins into his belt. The chaos commences at 6:30 p.m. at Gaylord Family Memorial Stadium.

With the win the Wildcats move to 6-2 in Big 12 play and remain at No. 2 in the league behind TCU. Texas, which is currently up 41-0 over Kansas at time of writing, could still make the game if the Longhorns were to win out and the Wildcats were to lose their season finale. Texas plays Baylor at 11 a.m. Friday. Kansas State faces Kansas next Saturday in primetime with a chance to punch its ticket to Arlington.