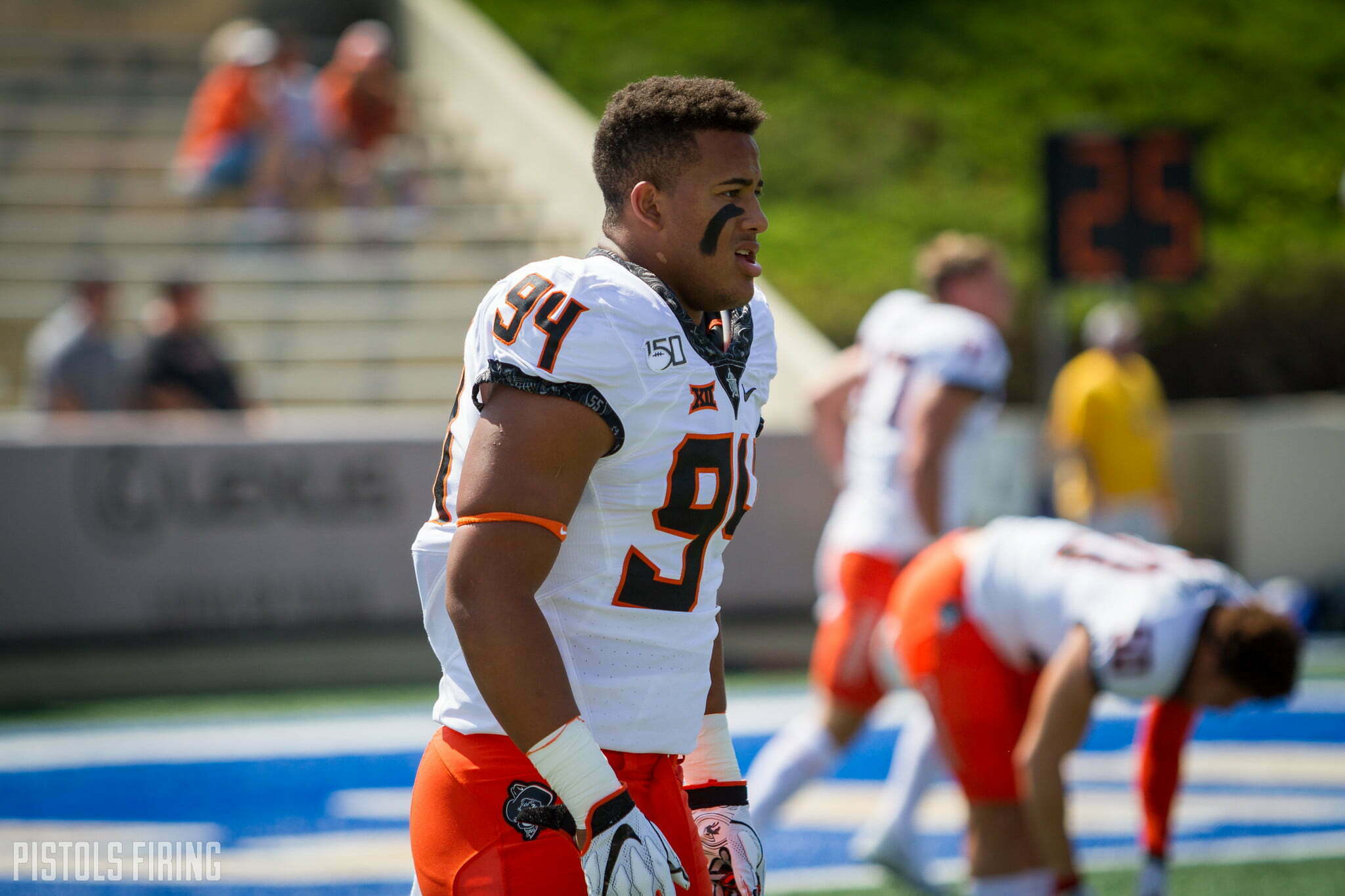 The Cowboys already have a good haul of Oklahomans in their 2021 class, but so too does an SEC program east of Stillwater.

With the addition of John Marshall standout Bryce Stephens, Arkansas now has six Oklahoma kids in its 2021 class, the same amount Oklahoma State has.

The Razorbacks have always had a decent foothold in OK. Arkansas landed Myles Slusher, the No. 2 player in the state in the 2019 cycle. But the massive influx of Oklahoma talent flocking to Fayetteville since Sam Pittman took over is quite eye-opening.

OSU has also seen a recent uptick in in-state recruiting, creating a turf war that spans bigger than Bedlam rivals. Here are some of the contributing factors in that arms race.

The three big players in this are OSU, OU and Arkansas. So here is a look at the Oklahoma high school players each of those teams have added since 2010.

This list only includes that of players who are ranked in 247Sports’ composite system. So, Arkansas only has five here, as Southmoore kicker Cameron Little isn’t yet in the composite system.

Lincoln Riley’s transition to the Sooners head coach in the summer of 2017 placed an even bigger emphasis on recruiting in Norman than was there in the last few years of the Bob Stoops era.

It put OU in a position to recruit from anywhere. High-level prospects from California, Arizona, Texas, Florida and the best available transfer QB on the market all flocked to the Sooners. With only 25 scholarships to give in a given year, this meant that not as many Oklahoma kids were filling OU’s spots, providing opportunity for OSU and whoever else.

This is the amount of Oklahomans in Riley’s first four recruiting classes:

Riley’s 2018 class included seven Oklahomans, but that class is a bit of an outlier. To start, it was a good year for Oklahoma high school football, as the state had five players in the top 150 in the country. OU gobbled up three of that bunch: Brey Walker (No. 29), Ron Tatum (No. 101) and Jalen Redmond (No. 135).

That group of seven also included twins Drake and Isaac Stoops, who walked on to the program their father used to coach.

So apart from that oddity of a year, Riley has added five Oklahomans ranked in the composite system. In those same three years, OSU has added 16 Oklahomans, and nine have gone to Arkansas.

The move to national recruiting hasn’t been any more evident than this past weekend when the state’s top recruit, Kendal Daniels, committed to Texas A&M. Daniels told The Oklahoman that he was going to go to OU, but 10 days before his commitment, OU called and told Daniels the Sooners were full and took away his offer. So, that pushed the No. 139 recruit in the country to A&M.

In the 10 years before Pittman got to Arkansas, the Razorbacks averaged 1.3 Oklahomans a class. With his first class no even finished yet, Pittman has gained six commitments from Oklahomans, including two of the state’s top five recruits. OU and OSU each have one of that top five.

For the time being, it looks as if OSU, OU and Arkansas will be the major players for talent in Oklahoma, but there is one school with a recent uptick in targeting Oklahoma’s talent: Kansas.

Kansas took seven Oklahomans in its 2020 class, more than OSU, OU or Arkansas. The big caveat to that is that Les Miles and the Jayhawks aren’t exactly competing with OSU and Arkansas for those guys. OSU offered only one of the seven guys Kansas brought in from OK, according to 247Sports.

So, while the Jayhawks threat on the Oklahoma turf war might not be imminent, it could be an interesting thing to track.

Gavin Potter, who joined KU out of the 2019 class, finished fourth on the Jayhawks in tackles as a true freshman in 2019. Under Miles, Lawrence could turn into a place where Oklahoma kids think they can be successful.