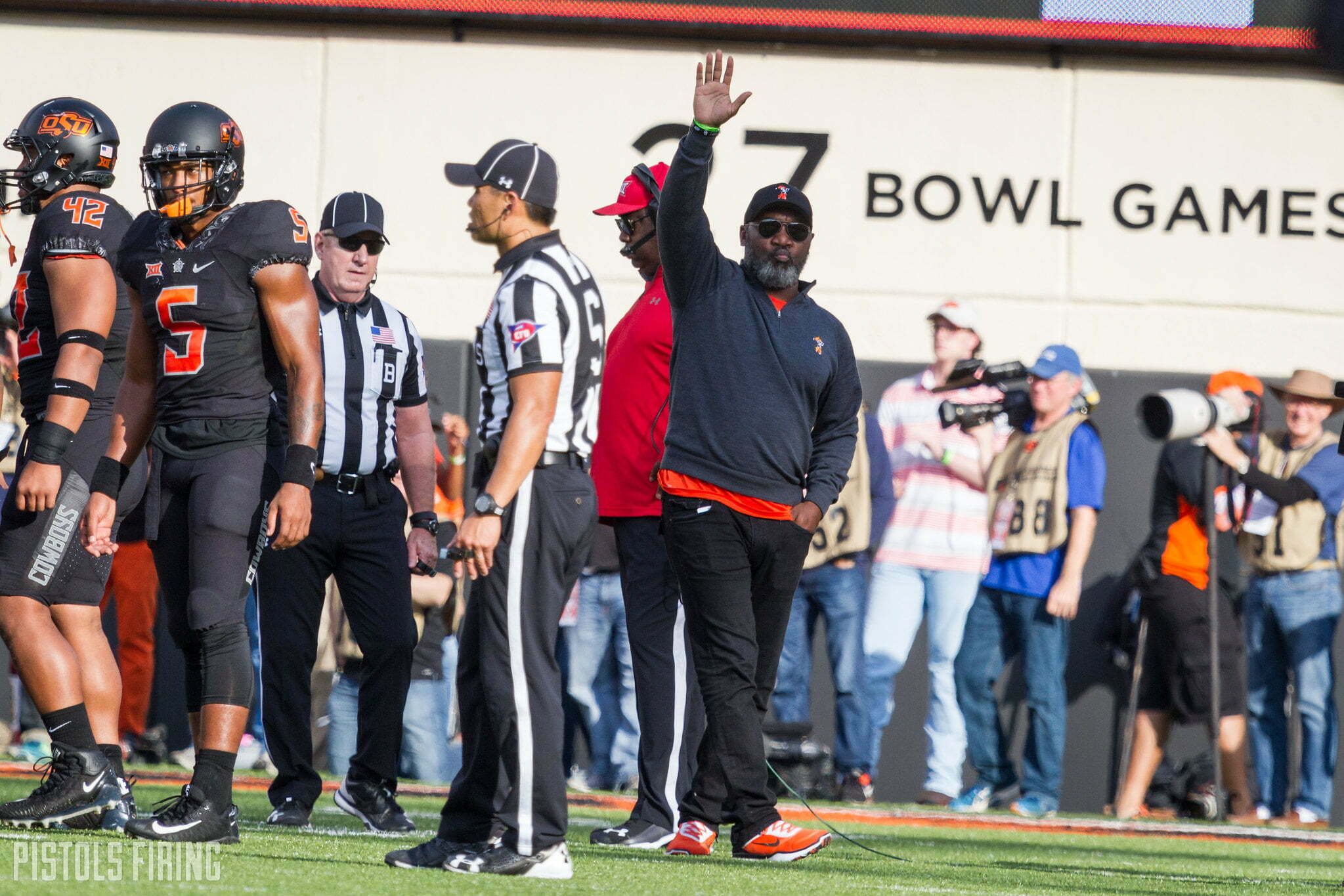 When Thurman Thomas found out he was going to be the first Oklahoma State player inducted in the newly minted Ring of Honor, he said he took to his email.

Thomas said he sent out an email to all the guys he knew, and if the COVID pandemic would’ve allowed, he said the guys he played with and the guys in his class would’ve came to Saturday’s induction.

Thomas met with reporters via Zoom for about 30 minutes Tuesday, where he spoke a lot on bringing OSU alums back to the program and how he wants to be the guy who does it.

“There’s been a gap between some of the alumni and some of the people at the athletic department,” Thomas said. “I want to bridge that gap. I want to make that gap come together. I’m the first one going up, and whoever’s gonna be second, I’m going to be there for them. I’m going to congratulate them, and I’m going to keep doing that every single year. Even for the players that don’t go up and be on the Ring of Honor, those are the guys that really make our job easier.”

Strengthening the bond between alums and the program is something OSU coach Mike Gundy has spoken on relatively recently. A few years ago, there were a handful of mostly recent alums at the spring game. Gundy credited Rod Johnson, assistant director of football operations, with revamping the alumni program, which Gundy said had lacked 10 years prior.

It sounds as if Thomas wants to turn that up a few notches. Thomas said he has a strong relationship with Gundy, but that he wishes it could be stronger, noting that Gundy is a busy guy.

“I love Mike Gundy. I’m not gonna lie. I love Mike Gundy. I love that he handed the ball off to me 25, 30 times a game. I love that. He was a big part of my career, big part of Barry’s career, big part of Hart Lee’s career. I just wish that the bond can be a little bit stronger because I get tired of seeing whatever the school down the street does all the time with their former players. I would love to have that strong relationship with Mike Gundy, and so would a lot of other players.”

Gundy’s and Thomas’ playing days at Oklahoma State overlapped by two years (1986 and 1987), but Thomas doesn’t just want to reconnect with past teammates. He said he wants to meet those who came before and after him and really create a community among Cowboy football alums.

“I would love for Dez Bryant to come back,” Thomas said. “I would love for Justin Blackmon to come back because those guys, I never really got an opportunity or a chance to really meet them or know them. There’s so many of them. I see [Brandon] Weeden all the time, but I want to see a lot more of those players.

“So I think when they continue to do this, you will see more and more players reach out. Like I said, I’m reaching out to as many players as I possibly can. Obviously with COVID or whatever, we won’t be allowed to have all those guys there [Saturday], but this is a great thing. This is a great start, and I’m going to continue to push forward for Oklahoma State Athletics.”