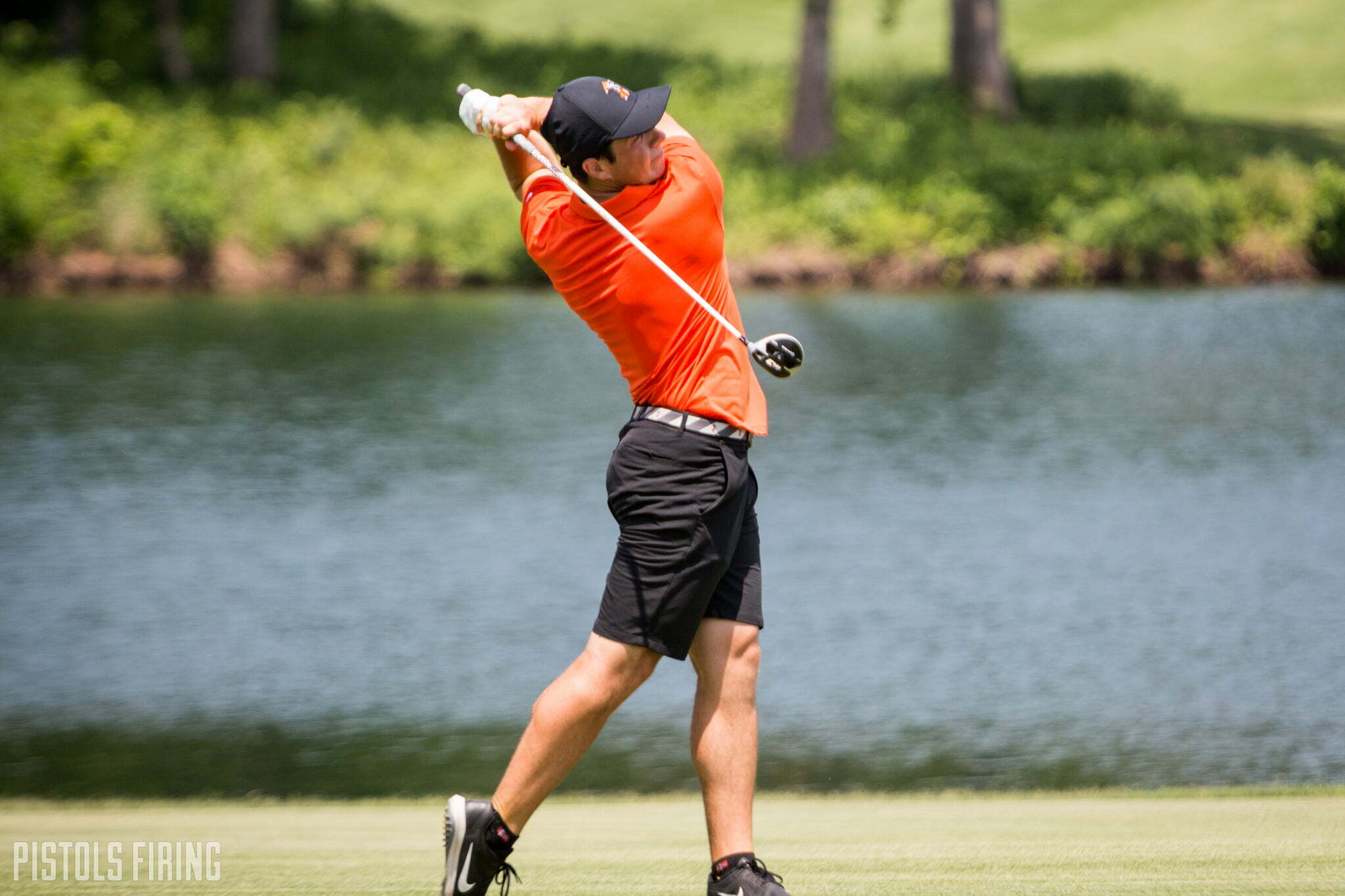 Matthew Wolff didn’t win a college golf tournament that he competed in. That’s the first piece of big, groundbreaking, possibly apocalyptic news. The second, more hilarious news, is that his teammate — and reigning U.S. Amateur champion — Viktor Hovland did. Hovland took The Prestige on Wednesday with a closing 66 to get to 8 under and beat Brandon Wu of Stanford by one.

As my guy Will Knights pointed out, that’s pretty significant considering OSU is six for six in winning the individual side of events this season with Wolff winning four and Hovland winning three. Four and three isn’t six, I know. But they shared medalist honors at the Royal Oaks Intercollegiate, and there aren’t playoffs at regular season tournaments in college golf. So OSU has somehow actually produced seven individual winners in six events.

Hovland’s 66 tied the best score of anybody in the top 10 on Wednesday and one of just eight scores in the 60s on the day (there were more rounds in the 80s and 90s than the 60s).

Austin Eckroat finished T3 with Wolff sliding in at T14 (let me be the first to say it: What’s wrong with Matthew Wolff?!) OSU somehow lost the event at 8 under to LSU (14 under), mostly because none of the other Pokes finished in the top 25 (all of LSU’s top five finished in the top 15). They did lead for some of the early part of the round on Wednesday, but LSU closed like Stromile Swift on a fastbreak alley-oop.

Led by Philip Barbaree’s pair of holeouts and closing 5-under 66, the No. 17 Tigers shot 5 under as a team in the final round – 7 under in a bogey-free final nine holes by their four counting players – to finish at 14 under, six shots clear of the reigning NCAA champion Cowboys. [Golf Channel]

Wolff’s T14 was a bit of a disappointment, obviously, which is a hilarious thing to say about a true sophomore whose scoring average this season looks forged. Unsurprisingly Wolff and Hovland are ranked No. 1 and No. 2 (in that order) in the Golfweek individual rankings. They are, quite possibly, the two best college players (and maybe amateurs) in the world. And they share a locker room and a driving range.

They’re also the biggest reason OSU is the overwhelming favorite to win its second-straight NCAA Championship as the season lumbers on. The Pokes have now finished in the top three in all five of their regular stroke play events this season (including three wins). Their next outing will be the Querencia Cabo Collegiate on Mar. 3-5.