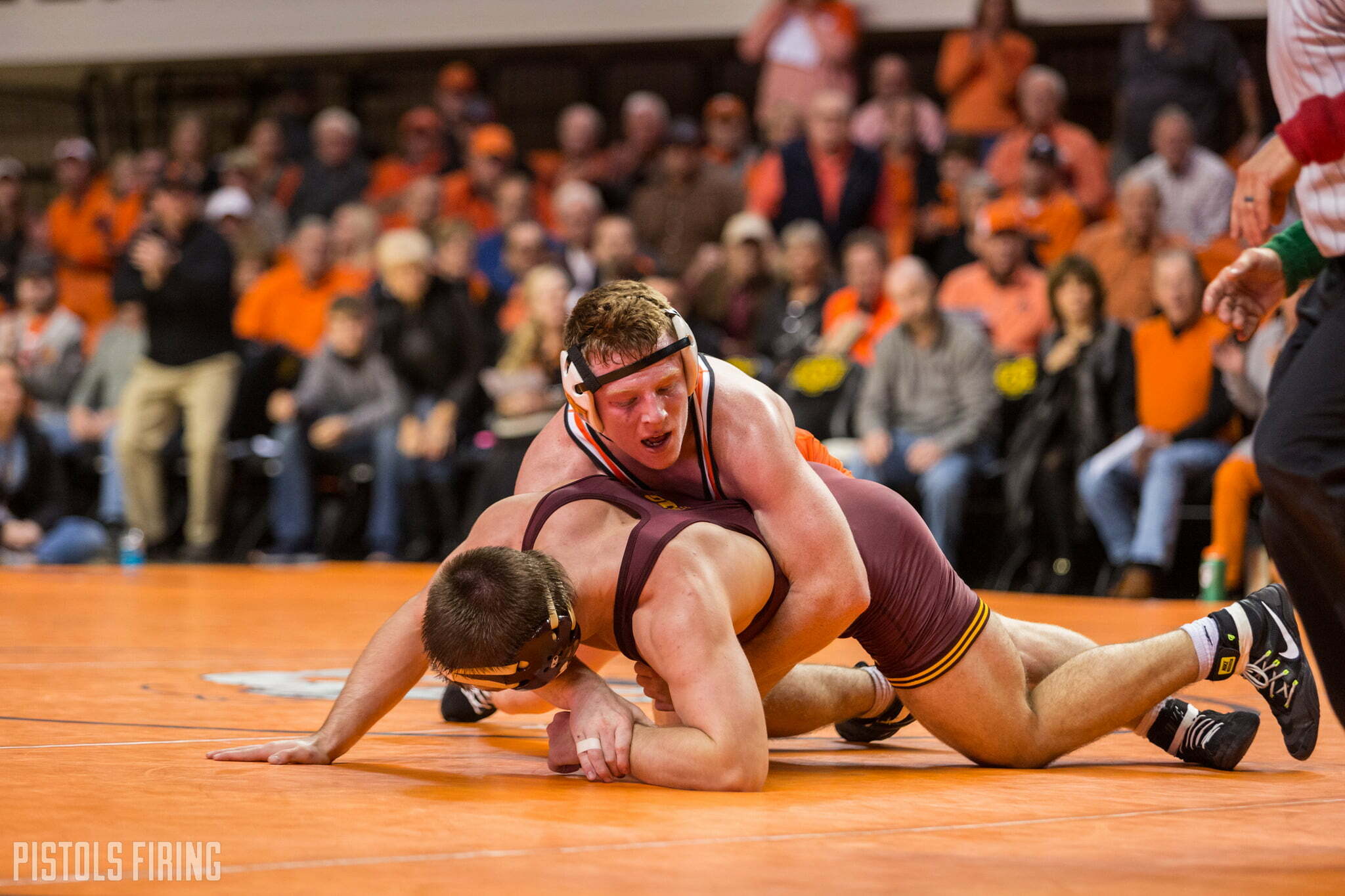 The NCAA released the coaches panel rankings Thursday and the Cowboys are currently in position to qualify all 10 wrestlers for the NCAA tournament.

I recently wrote about how a wrestler builds their resume to qualify for the NCAA tournament. This is where it’s reflected. There are rankings from various media outlets, but the coaches panel is what is used to determine allocations for qualifications at the NCAA tournament.

Here is where the Cowboys sit

Weigel is unranked, but it’s only because he hasn’t wrestled much this year due to injury. He already has convincing wins over the No. 3- and No.4-ranked guys.

Every Cowboy is in the top 33 meaning if the Big 12 tournament were tomorrow they would all be seeded in a position to where if they wrestle to their seed they will qualify for the NCAA tournament. If they don’t wrestle to that seed they still have a reasonable shot at an at-large bid.

The guys to watch are at 157 and 184. A No. 24 and No. 30 ranking is similar to being “on the bubble” in the NCAA basketball tournament. At this point, they’re in, but need to wrestle well down to stretch to solidify their spot.