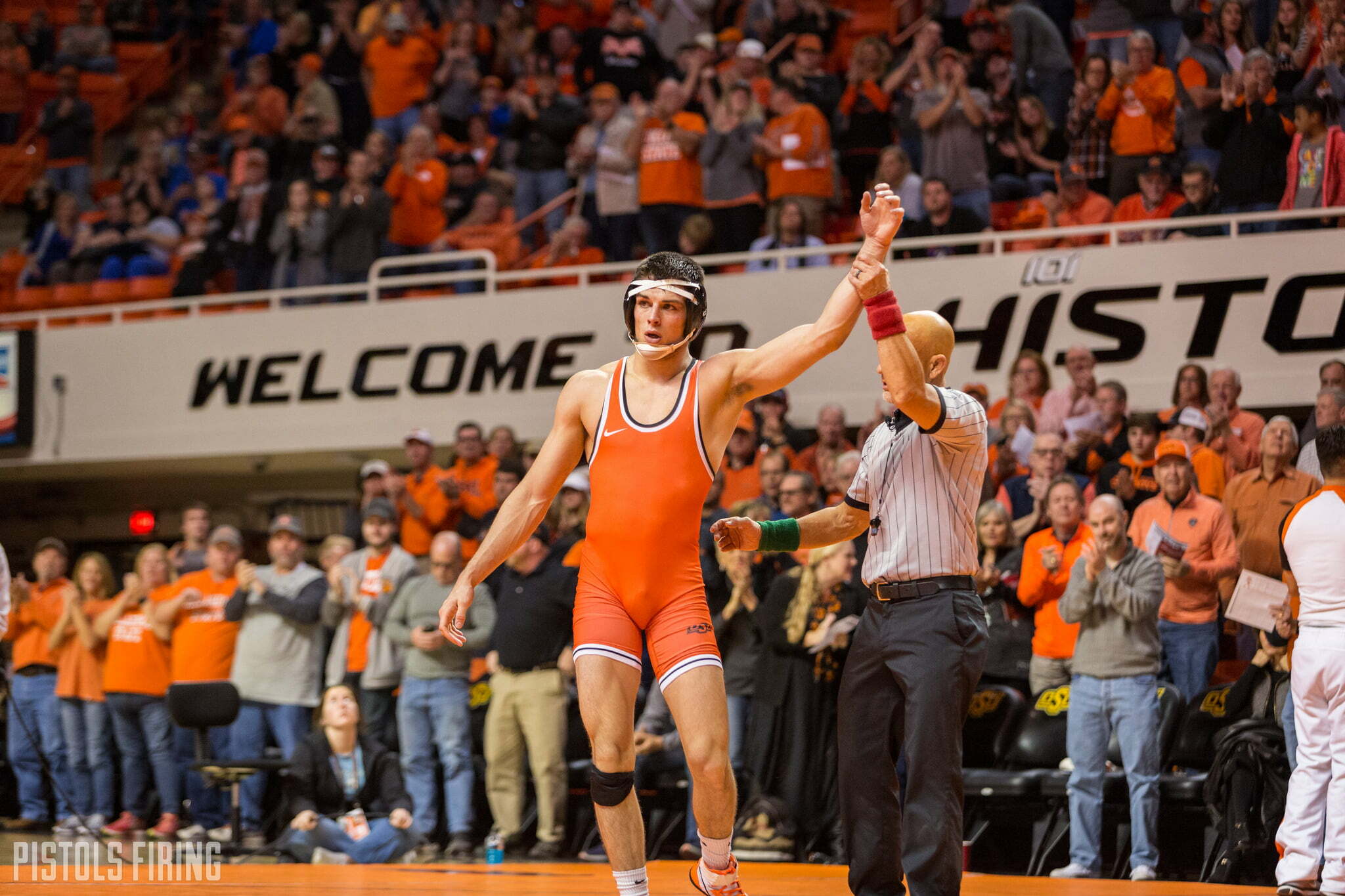 More avid fans will already know some of this, but in an earlier post I had talked about building an “NCAA Tournament Resume” and was asked to explain it a bit as it applies to wrestling.

OSU is a heavy favorite and will likely win each dual this weekend comfortably. But the individual matches within the dual can mean a lot in regards to the NCAA tournament though.

Wrestling is a different animal in the fact that I’m not aware of any other sport where the champion is decided in a different format than how the entire regular season is competed.

Most weeks, duals are wrestled between full teams. There are a few tournaments where that is not the case, specifically early in the season. But for the most part, OSU will send out its best guys at each weight, and the team they wrestle sends out their best guys at each weight. Though you obviously want to win each dual, the overall dual score doesn’t really mean as much in regards to the NCAA tournament as each match within the actual dual does.

For example, OSU beat NC State in Italy a few weeks ago. OSU’s overall ranking dropped even with the win because the matches OSU lost in the dual dropped OSU’s individual rankings and raised NC State’s at crucial weights. So now NC State is projected to score more points at the NCAA tournament.

#okstate beats NC State in Italy but swaps with them from 3rd to 6th. Iowa jumps to 5th after pulling Lee's redshirt. https://t.co/93CRIEobaM

The matches within the dual mean a lot for OSU because each of them can impact where and if a wrestler lands in the NCAA tournament.

The coaches panel just released their initial rankings this along with their RPI, which hasn’t came out yet, basically decides whether or not a guy gets an NCAA tournament allocation for his conference at the conference tournament.

Thirty-three wrestlers get in the NCAAs at a given weight. They leave about five at large bids open. They make the qualifier allocations for each conference based on that, so if the Big 12 has five guys in the top 28 in the rankings/RPI at a given weight at the end of the regular season, they’ll get five allocations at that weight. The five guys that finish in the top five at the conference tournament get into the NCAA tournament. If they don’t finish in the top five they can get one of the five at large bids.

At most weights the Cowboys should be and are comfortably in the ranking that gets an allocation. Their wins will just improve their seeds, which is very important, but at 157 and 184 OSU is sort of on the fringe.

We’ll use 184 and No. 24 Keegan Moore as an example for why. Right now he sits in the range where he will almost certainly have a qualifier allocation he earns for the Big 12, and based on his current ranking he’ll have the No. 4 seed at the conference tournament. He is currently one of four guys from the Big 12 inside the qualifier allocation spot, so this individual match within the West Virginia dual becomes really important for a few reasons.

Another thing that’s big, even if you’re not a guy jockeying to simply get in the NCAA tournament, is seeding for the NCAA and Big 12 tournaments. Even in matches where the overall dual is tilted heavily in the Cowboys’ favor, it’s important for them to win the close matchups and get the best seeds possible in both the conference and NCAA tournament.