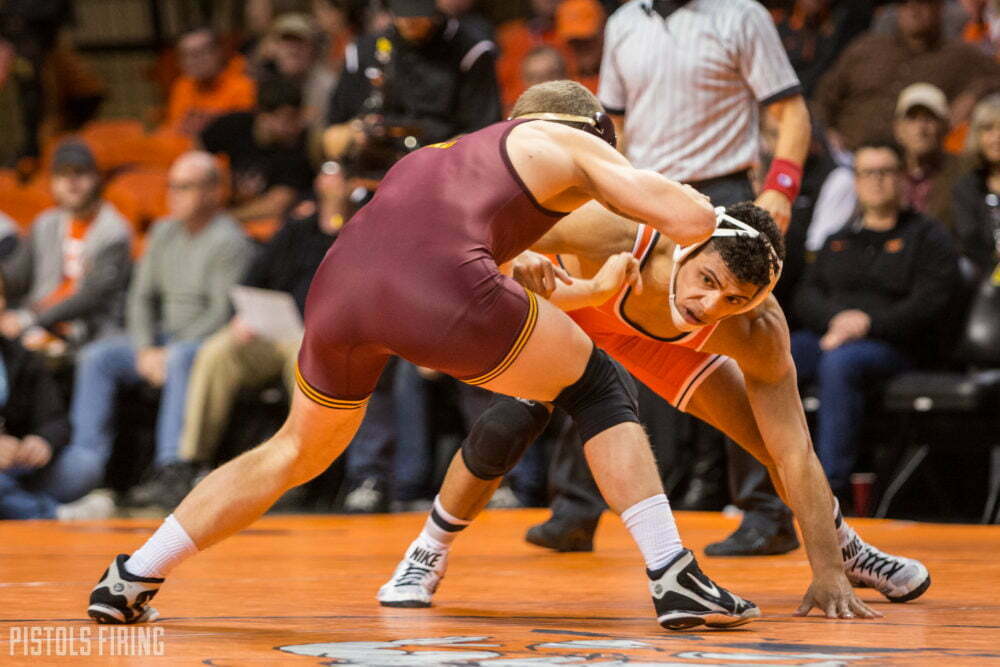 On the John Smith Radio Show this week, Smith and Rex Holt were discussing the lineup and expectations at 149. Smith stated for the foreseeable future Boo Lewallen would be the starter because Tristan Moran simply hasn’t wrestled as well as Boo, and Geo Martinez suffered an injury that would have him out for a bit.

Smith didn’t elaborate on the specifics or give a timeline but did say it was significant enough that Martinez would be out for a while. Geo was an All-American at Boise State two years ago before transferring to Stillwater.

Thankfully Oklahoma State is incredibly deep at this weight, and prior to the injury it looked as though Boo may have the edge to start anyway, though he did lose his last match out vs. NC State.

For the most part to this point Boo has looked like the better wrestler. The concern for me though has always been how he would perform in his role as a starter and on big stages. Martinez was a proven commodity in that regard having already been an All-American.

Boo will be on a huge stage Sunday when the Cowboys travel to Iowa and he takes on No. 2-ranked Brandon Sorenson.