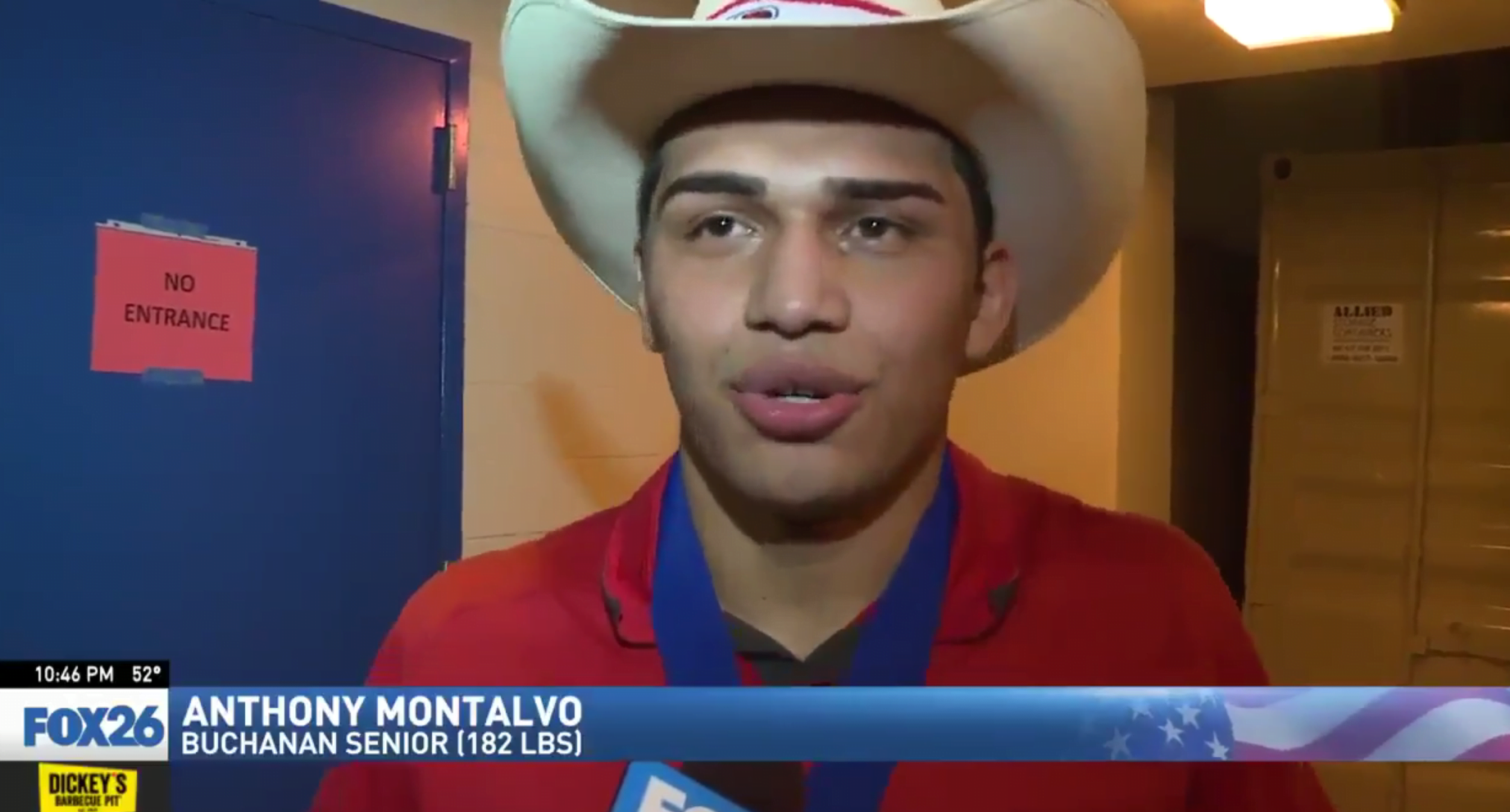 Today we’re going to take a quick look at the performance of a few future Cowboys that have already signed, are already committed, and a few younger ones that are on the Cowboys radar.

One of the biggest wins on the national stage was Anthony Montalvo winning the Doc B Wrestling tournament this weekend. Pretty big time win for him against a highly ranked guy from one of the better wrestling prep schools in the country.

There’s a clip of his late takedown to back points here starting about 50 seconds into the video. That’s Montalvo’s 3rd Doc B win. Winners of the tournament receive a cowboy hat. He may need to bring all three of them to Stillwater in case he ever has a rough weekend out at Calf Fry.

Travis Wittlake won the Sierra Nevada Classic at the end of 2017 and was named outstanding wrestler. He was the first four-time champion ever in the history of the tournament, and this a very tough tournament, he also took home the “Hammer” award.

The Sierra NV Classic was a great success! Rancho Bernardo was the team champs! And Travis Wittlake and Jaden Abas were the Hammer awards! pic.twitter.com/K0z2YOKjPx

Junior commit Daniel Kerkvliet wrestled a total of 5:12 in six matches while pinning his way to a Cheesehead Invitational title last week. In the final he pinned the No. 1-ranked guy in the state of Wisconsin in 1:42. Here’s a clip of his quarterfinal.

The average person would probably never think Geary, OK is home to one of the toughest high school wrestling tournaments around. It is though, and Dustin Plott, a sophomore out of Tuttle, OK just won it and beat the No. 2-ranked wrestler in the country in the process. The Cowboys will almost definitely be doing what they can to keep this kid in state and get him to Stillwater in a few years.

High school wrestling rankings released. Dustin Plott moves up three spots to No. 9 at 160 pounds after his 3-2 victory over former No. 2 Andrew Merola in the finals of the Geary Invitational. https://t.co/UjK7znaadL pic.twitter.com/9LExcuekqv

We wrote a while back that the Cowboy staff would be out at the Ironman looking at a few wrestlers. The sophomore out of Allen, Texas. AJ Ferrari is probably near the top of OSU’s prospect list. Ferrari went on to win the Ironman knocking off a few of the top guys in the country in the tournament.

He then went  to Reno and picked up a tournament win there taking the final in OT over OSU signee Anthony Montalvo. Ferrari is at 182 now, but I’d project he will grow into 197 in college.

Had a great last couple of weeks of wrestling in Akron, Ohio and in Reno, Nevada. I got gold at 182lbs and #allenwrestling took 4th at Reno. pic.twitter.com/tect3n4dMS

Most have signees Wittlake and Montalvo projected at 174, and 184, with junior commit Kerkvliet at HWT. If OSU can pull in Ferrari and Plott to fill in 165 and 197, look out for the upper weights at OSU. You’d be hard pressed to find a lineup from 165-HWT that recruiting-wise is as highly touted as that group.