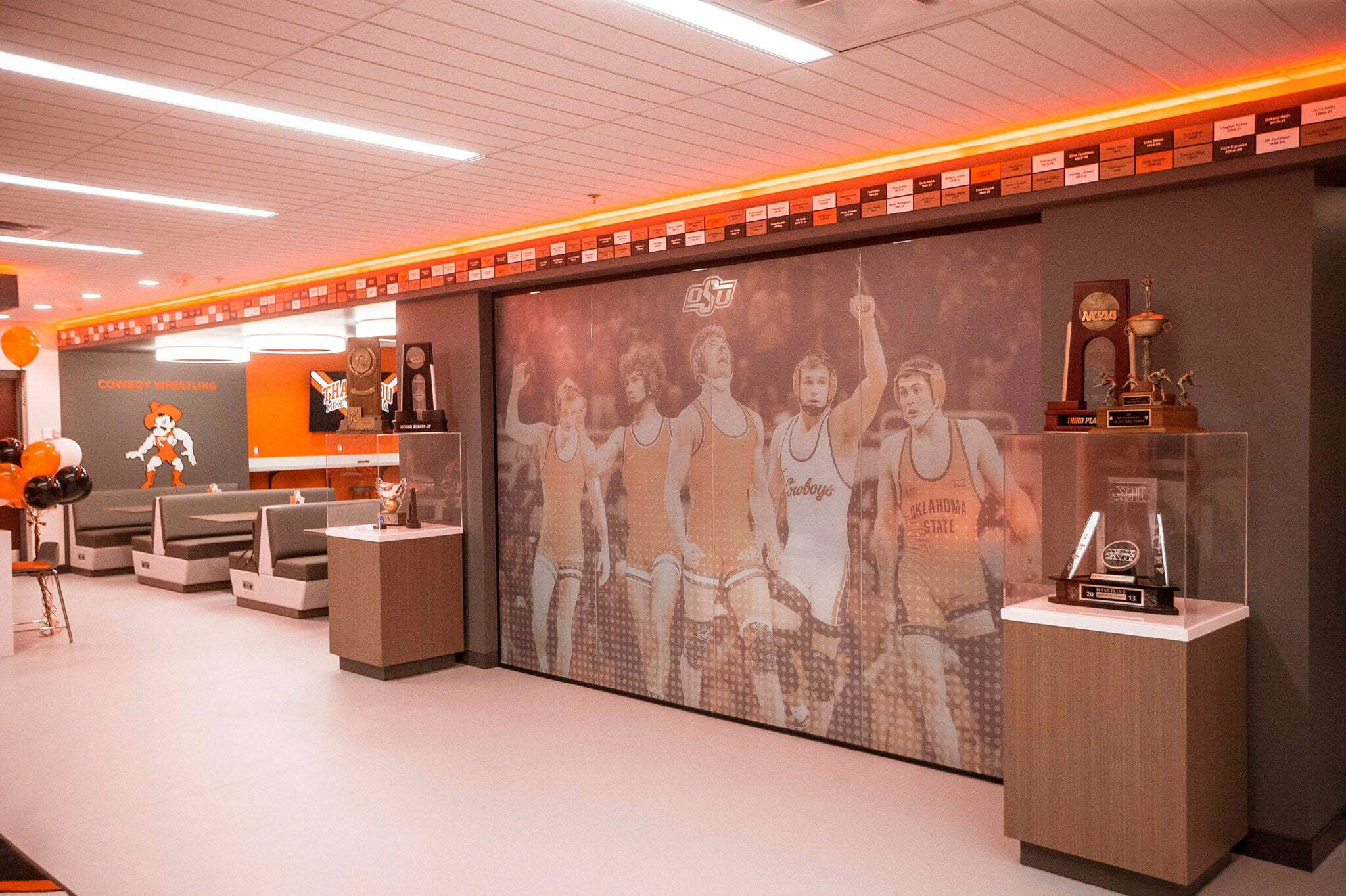 The locker room has since been completed, and on Tuesday, the program revealed photos of the renovations.

It’s highlighted by a large mural of the five All-Americans from the 2021 NCAA Tournament, cafeteria tables, a lounging area and some showcasing of their NCAA and Big 12 Tournament trophies.

They also revealed the donors that made the renovations happen. Initially, the Pollard family’s donation was anonymous.

Mike and Glynda Pollard of Tulsa were the lead donors on the facility upgrades. They also endow some scholarships in the Spears School of Business and rank 132nd on the current Oklahoma State Posse Donor list.

“When you look at this locker room, I can literally say we have the best locker room in wrestling in the world — not the nation, probably the world,” OSU coach John Smith said in an OSU Max interview. “Those are things that Oklahoma State wrestling needs. We’ll continue to be able to use something like this to attract some of the best wrestlers in the country.”