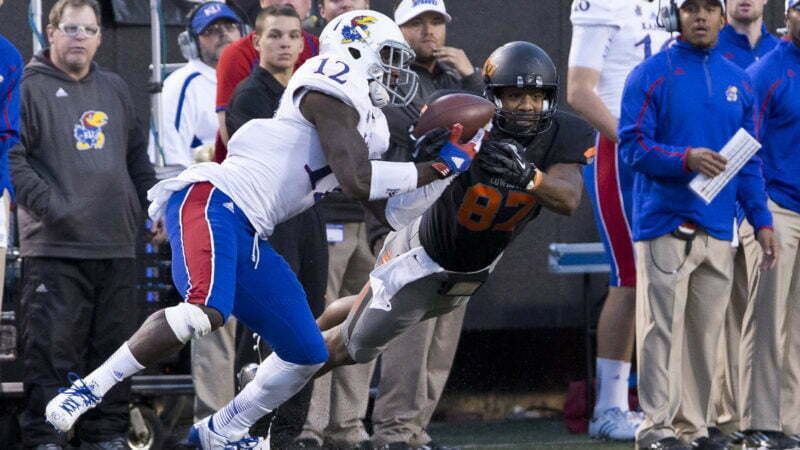 Former Cowboy defensive end Victor Irokansi announced via his Twitter account that he will join the coaching staff at Texas State University.

I'm excited to be joining @everett_withers staff at Texas State! And be apart of the CULTURE being built in San Marcos! #EatEmUpCats ?? pic.twitter.com/uux03Wncn2

Irokansi recorded three tackles and sack during the 2014 season but chose to end his playing career after multiple injuries that required surgery. As part of his announcement to retire, Irokansi shared his plans to graduate and begin a career in college coaching.

“I am thankful that I will remain on full scholarship until I graduate and I will also have a role with the team in the future as I pursue my next goal of graduating and getting into college coaching.”

Last winter, Irokansi graduated from Oklahoma State with a degree in Sociology and has now begun his journey into the coaching profession.