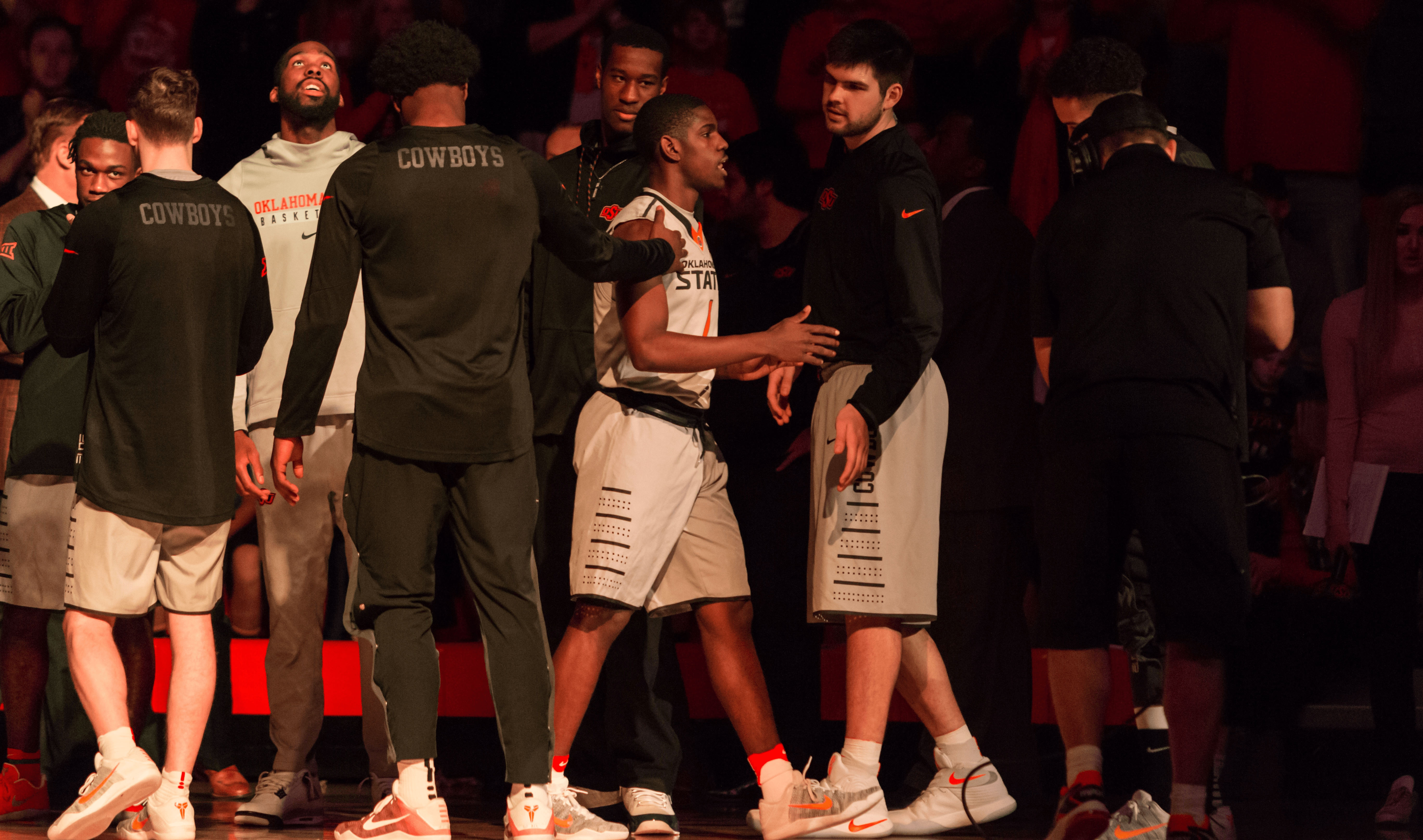 I’m cheating because it’s January 26 and not January 1, but here are 10 things I think will happen over the next 11+ months in the Oklahoma State world.

Gundy’s current contract runs out in 2019. In the current college football landscape, he is worth (at least) $5 million a year. I think he gets an extension that usurps his previous offer of two years (2020-2021) for $4.2M a year and gets something more like five years (2020-2024) with an average salary within those five years of $5 million.

This actually happened in 2016 as the men were ousted in the Sweet 16 by Virginia and the women made it all the way to the national title match. OSU is No. 13 in men’s tennis and No. 5 in women’s tennis so it’s not a stretch to think both squads can make it back into the later stages of the NCAA Tournament.

How cool, by the way, would it be for every sports program at OSU to make it to the final 16 in their respective sports. Both basketball teams, baseball and softball, tennis, golf. If there’s a school that could do it …

4. Oklahoma State Wrestling Wins It All

Really going out on a limb taking the No. 1 team in the country to win the national championship. But here’s the thing, OSU hasn’t won it all in wrestling since 2006 which, coincidentally, is the last time the men’s golf team won it all as well. I seriously doubt those two programs have gone a decade worth of calendar years without winning at least one title between them. That changes in 2017.

This will be the fifth season at the helm for both coordinators. That might as well be 50 years on a moderately successful college football team. One or both has to get a better, higher-paying possibly head-coaching gig at some point.

There is still a long way to go in this season and a lot of runway for Evans to land his lottery pick campaign over the next month and a half. I think he has a monster last third of the season.

This year’s NBA Draft is supremely loaded with young talent. Chad Ford currently has Evans going No. 26 to the Rockets. “All the hype about the incredible freshman point guard class has hidden Evans a bit,” writes Ford.

And that’s sort of the point here. This draft is a joke when it comes to freshman talent (there is an abundance of it), and I think when you combine it with a so-so sophomore campaign and the allure of what could be in store in Stillwater next year, it could (and will) be enough to convince No. 1 to stay.

I think the Pokes close this season hard (think 10-3 over their last 13), finish out a really good recruiting class and garner some momentum for the 2017-18 season. With Evans back, an All-Big 12 player in Jeffrey Carroll and the guys they have coming, you can make the argument they’ll be a borderline top 25 team going into November.

*ignores the fact that no big man is committed and Solomon and N’Guessan will be relied upon again heavily in 2017-18 until the big fella from St. John’s is eligible*

Fowler has not won on the PGA Tour since the 2015 Deutsche Bank Championship. This prediction says less about him and more about the fact that the PGA Tour is a cauldron of competition the likes of which I’m not sure we’ve ever seen.

Wins from this era will have to be looked at differently than from other eras. If Fowler wins, say, eight times in his career, that’s more like 15-20 from the pre-Tiger Woods epoch. Fowler will be really good again this season (he was pretty good last year and didn’t sniff a W), but he will come up empty for the second-straight calendar year on the PGA Tour.

Correction: Fowler definitely did sniff a win in early February at the Phoenix Open. He also won in Abu Dhabi in January. But he didn’t do much after those two events.

The Cowboys enter the season in the top 20 so this is not really a stretch either. But they lost a lot of talent, too. A school-record 11 players were drafted after last year’s run, and while not all of them left, most did. The thing about Omaha, though, is that it is a mental hurdle more than it is anything else. Once you’ve done it as a program, you understand what it takes to do it again.

Postseason baseball is as easy to predict as which PR move of Mike Gundy’s Jim Harbaugh will copy next, but OSU will almost certainly be in a position to win the five games necessary to get back to whichever Big Oil company sponsors the new stadium in Omaha.

It is written. It shall come to pass. Arlington on December 2.

Me when that happens ?