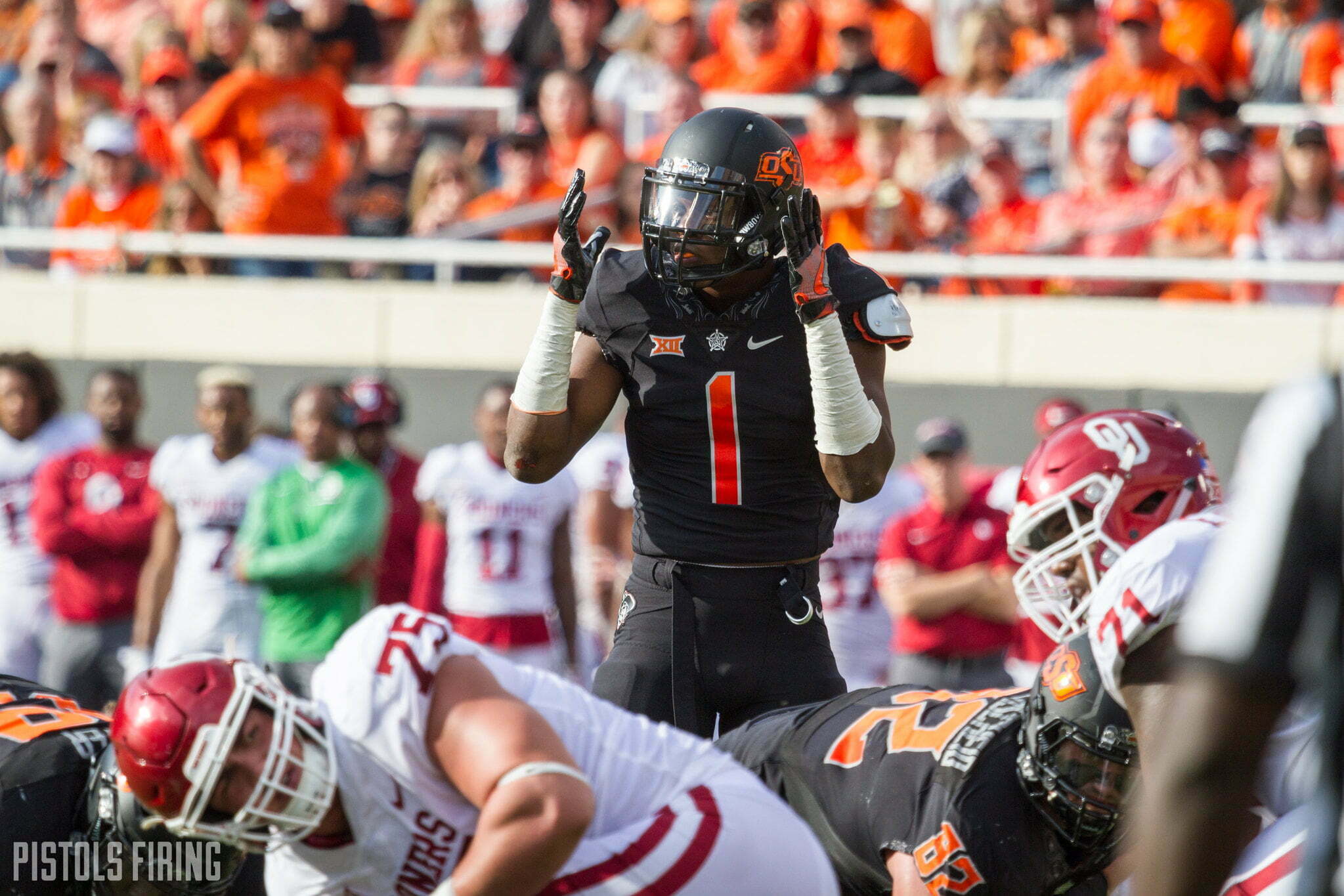 We’ll get to 10 thoughts starting later this fall. But leading up to what should be an interesting stretch of once again trying to figure out what will likely be a complex, frustrating, fascinating, fun squad, I have a few questions.

In keeping with theme of this site (and, at times it feels like my life), I have 10 of them. About this team, this schedule, this season, this staff. More than that probably, but 10 pressing ones that we’ll sprinkle in over the next three weeks as we count down to the OSU-OSU tilt in Corvallis. Here’s the first.

1. Can you Change a Discipline Culture in One Year

My parenting track record would say no.

Look, we don’t need to sit here and argue about whether OSU was disciplined or undisciplined in 2018. Mike Gundy has already checked all of those boxes.

You’ve seen all of his quotes. I don’t need to re-post them for you on here. You’ve probably even seen the fancy new shirts he and his staff have been wearing: Win With Discipline (just once I want a coach to wear a shirt that says “Win By Scoring More Points Than Everyone”! Just once!).

Gundy is seemingly touching up one of crumbling pillars upon which he previously built his (what qualifies at Oklahoma State as a) dynasty. But can you turn that around in a year? Can you go from 115th in penalty yards per game to the top 50 or top 30? Can you change — do you even want to change — the way Calvin Bundage plays college football?

Gundy said that Bundage and the rest of the Cowboys have all been told about their discipline. A few players already have been called out in practice for not having their lockers clean. Gundy expects to see where the team discipline stands once fatigue starts to kick in over the next four to six practices. [Tulsa World]

I genuinely don’t know the answer to this.

It’s impossible to go back and differentiate between the types of penalties those teams committed compared to the last few teams, but I would imagine there were far more pass interference (happenstance and talent) and holding calls (talent or discipline) than roughing the passer (discipline) and unsportsmanlike conduct (discipline).

Regardless, the margin for most OSU teams is thin. They need to be disciplined because they can’t give away plays like other, more talented teams can. Whether that can change in 12 months with many of the same guys doing the same things at the same positions for OSU remains to be seen.

A long march in the same direction is what I think about when I think about discipline. Recruiting and training toward it. Not t-shirts and mantras. I believe OSU is probably doing the former in addition to the latter, I just think its arrival at some sort of disciplined destination might not come as quickly as anticipated.

It’s undeniably a good thing that Gundy is emphasizing values where small-market teams (for lack of a better term) can gain a competitive advantage, and I think that advantage will eventually pay off. I just don’t know that it’s going to be in 2019.