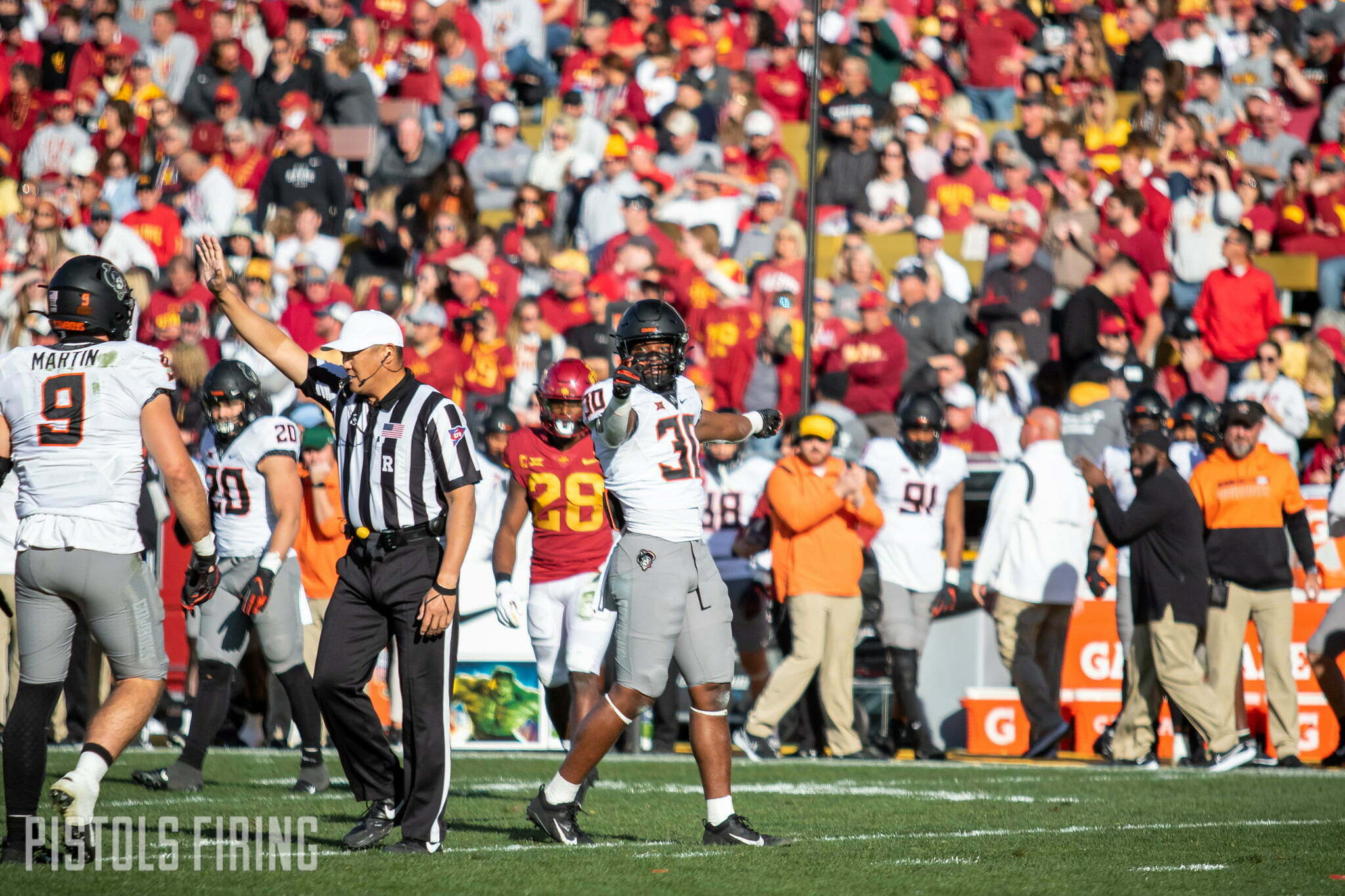 Oklahoma State fell 24-21 to Iowa State in a heartbreaker in Ames on Saturday, ending its winning streak at eight games. The loss, a first since the penultimate regular season game last season, snaps what was the third-longest winning streak in the nation and, in the process, ends its winning streak over ISU in Ames at four games — the last L coming in 2011.

Here are 10 things to know after the game.

2. Spencer Sanders set a season-high with three touchdown passes in the losing effort. He finished the game 15-of-24 passing for 225 yards. It was the most passing touchdowns in a game for him since throwing four in a win over Miami in the 2020 Cheez It Bowl.

3. Brennan Presley set season-highs in receptions (six), receiving yards (84) and receiving touchdowns (two). It was his first mult-touchdown outing of the season.

5. Jaylen Warren was held to 76 yards rushing on 18 attempts. It was his fewest rushing attempts in a game since Sept. 11 against Tulsa when he rushed 14 times for 37 yards, and the first time since that game he was held to below 100 yards on the ground.

6. Malcolm Rodriguez entered the game ranked eighth in the FBS with 10.0 tackles per game and was the FBS leader with 34 games with six or more tackles since 2018. Against Iowa State, he logged his 14th career game with a double-digit tackle total by recording 13. He has recorded at least six tackles in 12 straight games. (Big 12 Defensive Player of the Year, anyone?)

7. The loss to Iowa State was OSU’s sixth since in its last 41 instances in which it failed to convert a halftime lead into a win, dating back to Sept. 17, 2016.

8. Iowa State receiver Xavier Hutchinson recorded a career-high 12 receptions and added 125 yards receiving which were the second-most for him of his career. It’s the second multi-score game for him this season and second of his career. He accounted for 13 targets of Brock Purdy’s 33 pass attempts.