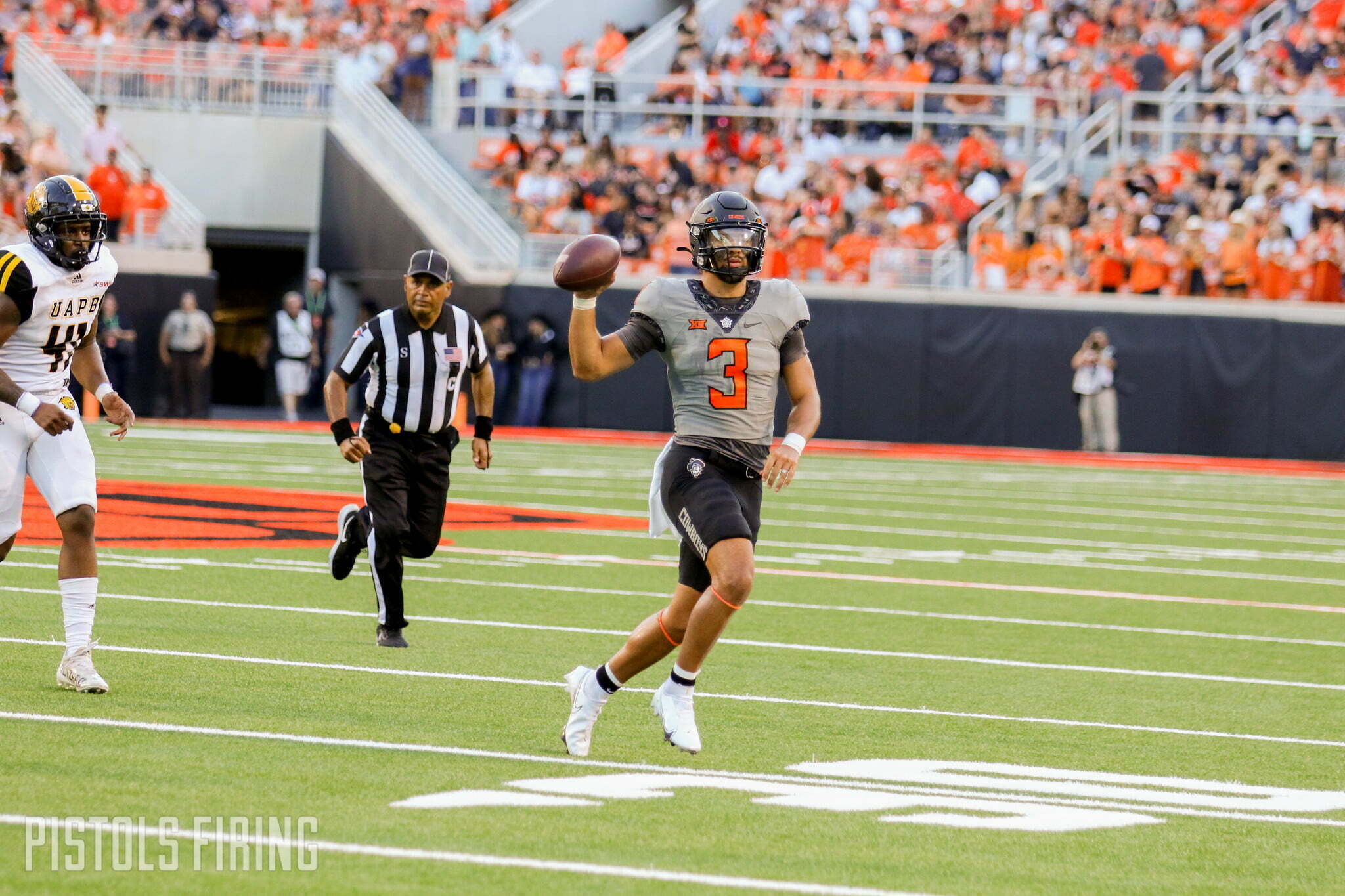 I’ll be real with you here: there was very little to take away from OSU football’s 63-7 win over Arkansas-Pine Bluff on Saturday. Spencer Sanders dominated, the defense dominated, the running game dominated . . . everyone dominated in every facet of the game. And in a matchup where the Cowboys were favored by more than 50 points, they won and covered while approaching Savannah State blowout territory.

There were many thoughts postgame — Marshall somehow squeezed out 10 of them despite a pretty meaningless game — but below are some notes and stats to know in the aftermath in our weekly 10 Things to Know column.

2. OSU scored 28 points in the first quarter, matching the sixth most in a quarter since 1945 and the 14th most at any point in school history. The 49 first-half points matched the third most points scored in a half since 1945.

3. OSU scored touchdowns after blocking both a punt return and a kick attempt, the first time in school history it returned multiple blocked kicks for touchdown in a game.

4. Gunnar Gundy made and completed his first career passing attempt in the second quarter. He finished 12 of 20 passing for 128 yards, two touchdowns and one interception. He also added six rushing attempts for 42 yards that included a 24-yard scamper. (If you had Gunnar Gundy outrushing Spencer Sanders on your bingo card, then congrats!)

5. OSU as a team passed for six touchdowns, which is tied for the fourth most in a game in program history.

9. Mike Gundy is 54-12 as a head coach in games played during the month of September.