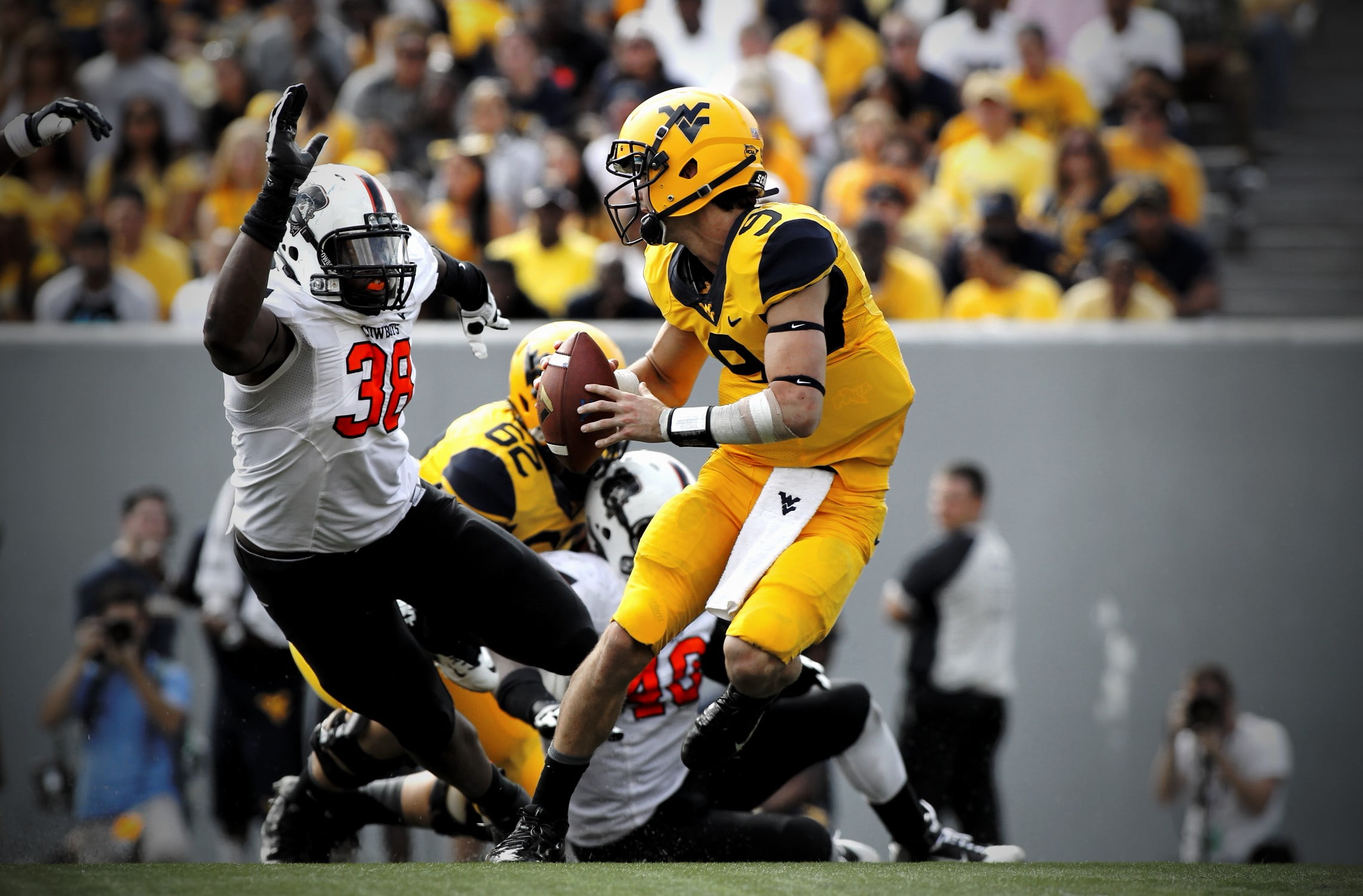 Looking ahead towards the summer, here are 10 things to look for as the Cowboys prepare for what looks to be an exciting season.

Rennie Childs was essentially the only running back on the roster in spring ball, with the other scholarship backs Todd Mays and Sione Palelei recovering from injury. Four-star running back signee Chris Carson is officially on campus, setting up what should be an intriguing competition in fall camp. Chris has been Working with a capital “W” this offseason, by the way.

Sheperd was forced to sit out the spring game after breaking a bone in his finger blocking, but he established himself as Mason Rudolph’s go-to guy last season, and all signs point to more of this next season.

The reigning Big 12 defensive lineman of the year has taken the offseason to get in some WORK.

4. Who will emerge at Wide Receiver?

Per the usual, Oklahoma State is extremely deep at the wide receiver position. David Glidden, Brandon Sheperd, James Washington, Chris Lacy, Keenen Brown, Jhajuan Seales and Marcell Ateman are all expected to contribute. It’s an embarrassment of riches at a key skill position for the Cowboys. That’s great news.

5. Battle in the trenches

The Cowboys starting center last season was Paul Lewis, but walk-on Brad Lundblade was able to force himself onto the field throughout the season, making his first start against Baylor – the same day of Mason Rudolph’s debut. Lundblade suffered a minor injury in spring camp, but is expected to return before the season begins. The offensive line desperately needs to build off last season to create more holes for the running game, and Lundblade could be a key factor in that success.

A top-10 dark-horse Heisman contender for the 2015 season? Maybe that’s a little too much hype for someone who just started 3 games. But there is no denying that Rudolph is the one, and this team can go as far as he takes them.

7. Who slides in the defensive end rotation?

As I wrote previously, the defensive line could be another strength for the Pokes this season. With the two starting defensive ends solidified with Emmanuel Ogbah and Jimmy Bean, who else will see action? Trace Clark has been a formidable rotation player in years past. Up and comers Jarrell Owens, Jordan Brailford, and Trey Carter may also see their fair share of reps this season.

It feels like J.W. Walsh has been heavily involved in some capacity of the offense for the last decade. With the quarterback position manned with Rudolph, Walsh’s leadership and knowledge is too valuable for him to be holding water bottles all season. When No. 4 is on the field this season, anything goes.

Palelei was a highly regarded recruit who was committed to LSU before flipping his commitment to the Cowboys in 2014. A knee injury sidelined him 10 months ago, but if he could return to form, Yurcich could have another dynamic weapon to add to his arsenal.

There has been a lot of hype this offseason regarding the football program, but now it’s time to see the on-field product. Some of the most fruitful recruiting classes have stemmed from a successful football season, and this season could produce a great harvest.