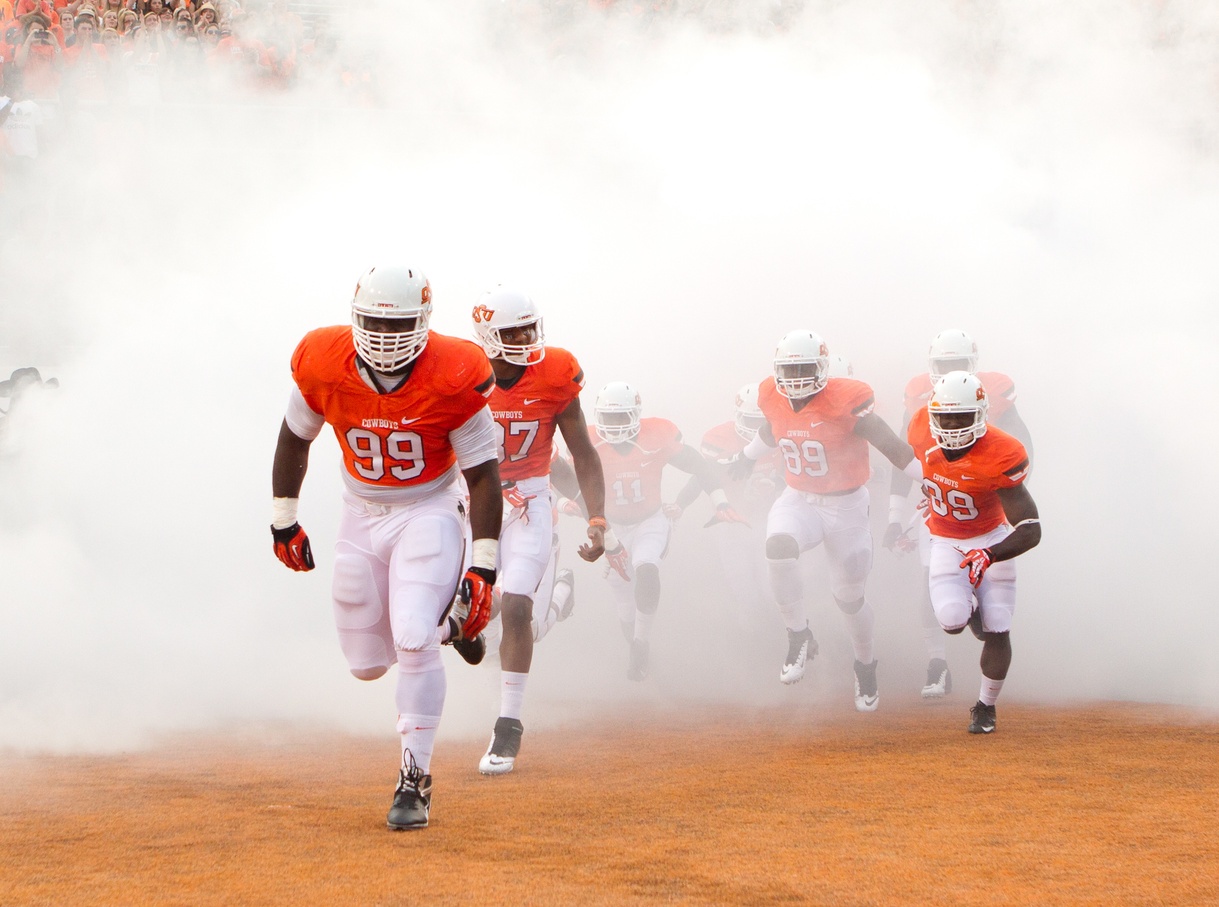 I’m not going to lie, I wrote most of these at halftime. The game was over — a poor man’s OSU-Savannah St. — and I’m fatigued from all the scandal stuff and didn’t really feel like staying up until midnight writing about a team that may or may not have employed the creators of Angry Birds to design its helmets.

Also it’s my wife’s birthday and adding “wife is pissed about me breaking down a 56-point game on her birthday” to my list of things I need to worry about right now didn’t seem prudent.

All that being said, here are my 10 thoughts about the Lamar game…

1. I’m not going to try and go all sappy on you here but the orange looked really bright after a long week. I think the #iridewiththecowboys stuff is a bit silly and the disconnect between hating Thayer Evans and pointing at a story that doesn’t feel like it has any girth is totally out of control, but it was really good to see that orange jersey popping on the turf tonight.

Maybe it was just the first home game shine or maybe the lighting was just right, but I thought it looked fantastic.

My gosh, Sports Illustrated should launch a 5-part investigation into what steps were taken to approve the uniforms Lamar wore. They looked like they threw the Angry Birds designer and creative director of Hollister (in 2001) into a room and said “do some stuff.”

Related: if OSU ever (God help me) isn’t sponsored by Nike, here are my rankings of who I want them to be sponsored by:

3. Walsh didn’t have the game of his career or anything but the pass that stood out to me was actually one that was incomplete. I’m going to ignore, for now, the fact that he missed a receiver who didn’t have a defender on my TV screen and talk about how (I cannot believe I’m saying this) the ball he threw was a little…Chris Leak-y.

It doesn’t mean much on its own, obviously, but it’s representative of the larger truth which is that Walsh’s arm has improved a lot. He’s making more throws this year and as a result he’s giving himself more options. The in-ack-your-see (as Gundy would say) is still there at times but [pops in tape of UTSA game] I think he’ll be all right. 4

5. I’m not privy to the information so maybe somebody closer to the situation can inform me exactly how this works…but did Dan Bailey try to pass on the same highlighter-orange-kind-of-yellow shoes to Quinn Sharp and he rejected them and Ben Grogan snagged them on his first day?

Like, did Sharp look at them and say “eh, I’m good” and just leave a note for the next guy? 5-part investigation?

7. Couple of aesthetics questions here (since, you know…Lamar). First, why is Pete not right on the 25 and how does he still not have a mustache that isn’t green? Also, why did the field look gray on TV?[1. h/t Robert Whetsell.] Did we only pay half the electric bill with all the lawyers we have on deck?

8. This is crazy, right? What will Blake Bell do when he sees this? 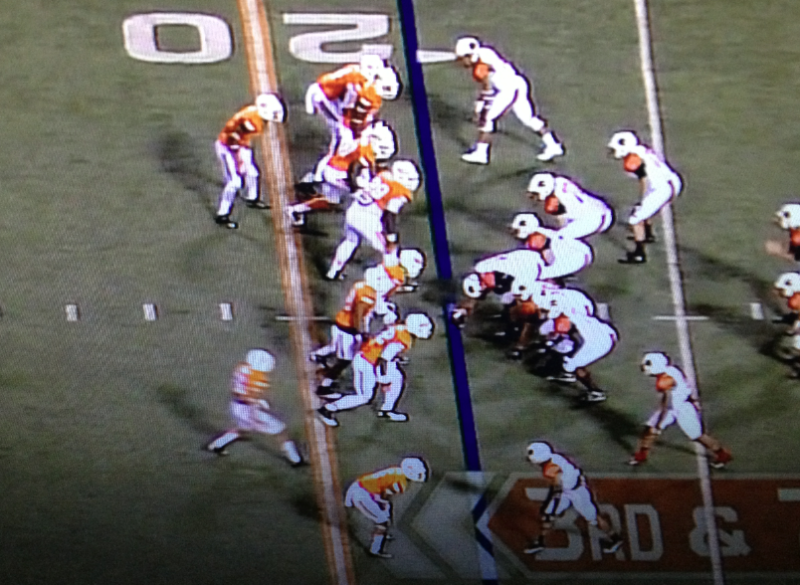 9. Am I the only one who feels like the speed on offense is spotty? Sometimes you have Walsh receiving the ball before Larry Reece can finish screaming “COWBOYFIRSTDOWNANDTEN” but then other times I’m like “what are they doing, are they waiting to huddle? What is happening?

10. I’m not trying to be “that guy” but if you’re Fox, rebranding yourself as “the network that shows UNT-Ball State on four different regional channels at the same time” doesn’t seem like a sound strategy. Maybe it’s just me, though.

12. At the end of the game the announcers said they imagined Gundy walking into his office every day and saying “I can’t believe I’m here.” I imagine Holder saying the same thing about Gundy.

13. I told Mark Rodgers earlier this week that Saturday would be a good chance for OSU fans to get off the Internet and get out to the stadium[1. Weird that OSU had four (!) games in Texas since it’s last one in Oklahoma.] to commiserate around some good BBQ about Thayer Evans and how much we all like JW Walsh.

That’s all this game was to me, nothing more nothing less. A chance to set an attendance record, get off SI.com, stop talking about this ridiculous scandal, and smoke a crappy team[1. 18 straight wins in home openers, by the way.] in front of what should be an interesting Big 12 schedule.

Now comes the bad part…having to wait two weeks for that game in Morgantown.