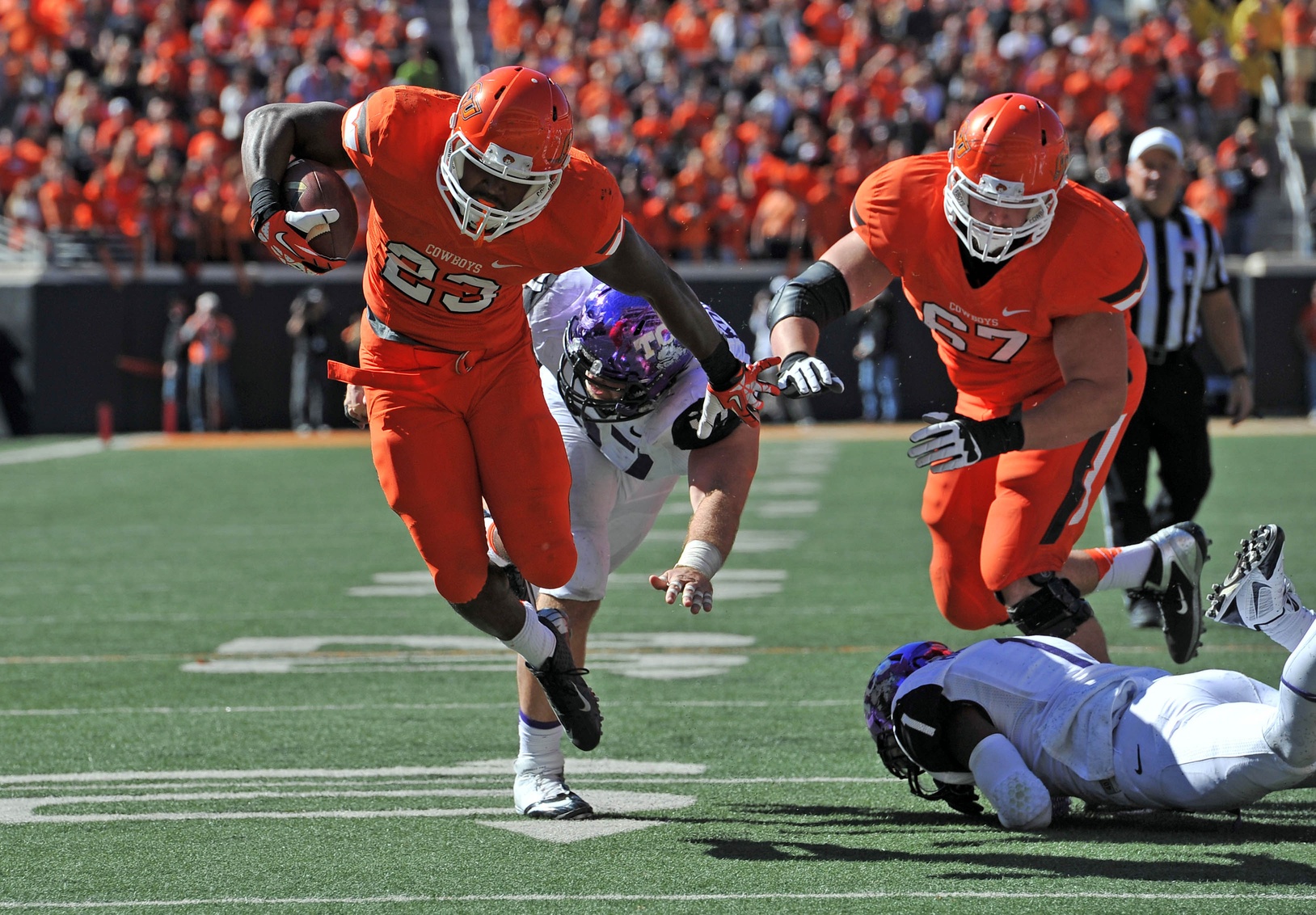 Sorry for the lack of posts today — I took my kid to his first game today and, despite my best intentions, wasn’t able to juggle ice cream sandwiches, my iPhone, camera, and 10 thoughts.

So here we are.

1. I’ve given up on the QB situation — I don’t even know that I care anymore.[1. I had a legitimate debate with myself in my head in the fourth quarter about whether Charlie Moore or Josh Stewart would be more effective out of the Wildcowboy — and whether or not Mike Yurcich would get reprimanded for hollering at Houston Nutt tonight to get his 2007 DMC playbook.] Chelf[1. Which, how hilarious was his first-throw pick? It was the biggest “fans are so stupid” moment ever.] went 10-25 with a pick and a QBR half what Walsh’s was (56-28) and everybody’s like “yep, that’s our dude” and I don’t even really know that I disagree.

It does feel like the game opened up a little bit more when 10 came in but you’re trading balls way behind guys for balls slightly behind guys and over guys’ heads so…whatever.

Props to Kelly Hines for calling this earlier this year, by the way — she after the Kansas State game she thought the only scenario in which she could see Walsh getting replaced is if he threw 2-3 picks in the first half of a game. Voila. As mediocre as Chelf was, two things actually concern me more than his mediocrity…

2. I…um…I’m not sure what the future holds for this OSU team but my kid can count the number of fans excited about the next three years and he can only count to, like, four. Two more years of Walsh tossing ducks around Boone Pickens makes me want to trade PFB for a Texas Tech blog while I still can.

This was always the problem with Wes Lunt transferring — I’m not trying to stir that pot up but you’re kind of latching yourself to the Walsh wagon once 11s bolted for home. That’s fine, if you believe in Walsh, but I don’t really think anyone does at this point.

3. Does this sound like the language of a person you want in charge of your offense?

“I think it comes to a certain point where you have to make a decision. … It was just time, I guess.”

Because that’s Mike Yurcich talking about replacing Walsh with Clint Chelf. You guess?

At some point a coach (one of them, Gundy, Yurcich, whoever) has to take some responsibility for how bad this O has been.

I hate to project an entire season based on nine carries but he ran with conviction today. Five yards a carry, knocking folks over, cinching the game with a fourth quarter TD — Jeremy Smith and Desmond Roland had five games to do all of that and I saw none of it. I’m with pretty much everybody in my Twitter feed, I’d be surprised if we didn’t see the majority of the carries go to Childs for the next few games.

Gundy shakes his head no when asked whether Walsh was banged up.

TCU's drive chart from today is NSFW. DO NOT LET YOUR KIDS LOOK AT THIS – pic.twitter.com/zvTiygOLr4

That is the worst drive chart I’ve ever seen in my life (though OSU’s today wasn’t much better). I went to a Big 12 game today and a B1G scrum broke out. The weirdest part about a four-turnover, 1.13-points-per-drive performance from the Pokes is that the end result was never even remotely in question.

I mean, TCU’s offense was almost comically awful. In the third quarter I asked the 70-year-old man next to me how OU almost lost to TCU. His response: “I think that shows you the state of OU football.”

7. How bad would OSU be on offense without Josh Stewart? I know I shouldn’t have done this but I looked up the single game all-purpose yards record in the second quarter when Stewart had around 225 total. He ended with 265.

Stewart made some catches on some passes that were just a joke. He’s as good with the ball in the air as Tracy Moore is bad. Also, while we’re here, why in the world did Chelf keep going at Jason Verrett all day? Guy’s going to be a first round pick next April and Chelf’s like “don’t care, I’m going to just try and hook up with Tracy’s brother the whole way down the field in the second half.”

8. Taking a kid to a game was a new experience for me. I felt like Trent Dilfer on the Ravens in 2000 — I was just trying to manage four quarters like a boss. I was pretty proud of my performance, too.

I went to the popcorn too early in the first quarter but my second half performance should be in a “how to parent your kid at a sporting event” instructional video. I told my wife after the game “all the old people around us loved him, they were laughing so much.”

She said “you’re an idiot, they were laughing at you.”

No upsets. And he threw his hands up at the offense at the end of the day. So there’s that.

9. Was there a better metaphor for this year’s offense than Gundy having Chelf kneel at midfield with 2:40 left and TCU still with timeouts in the bag? Patterson was like “uhhh…timeout?” I’m pretty sure Gundy thought TCU lost its last timeout when they challenged the play before OSU got the turnover on downs and thought he could run the clock all the way out (which he could have) but I laughed, a lot.

10. My dad asked me when we got home whether or not I thought Ben Grogan would get Big 12 special teams player of the honors this week. I laughed out loud.

11. This quote from Chelf was really cool:

Chelf was unavailable to media but said on postgame radio: "I've got to give it up to J-Dub, how he handled the situation. It's tough on us"

12. Is this team the worst 5-1 team in the history of the Big 12? I hate to be the wet blanket but OSU is not good at football this year, at least on offense. If you paired the 2007 OSU defense with this year’s offense, we’d be staring 1-11 right between the eyes.

It isn’t, thank God, and the Big 12 is so bad you can’t really tell by its record but this isn’t very fun to watch.

The precedent that was set, the expectation we’ve been instilled with is that this team is going to win and it’s going to be flashy and even if it doesn’t win, its games are still going to be exciting. This right now is whatever the opposite of that is.

And Ames (I can barely type that word) looms.