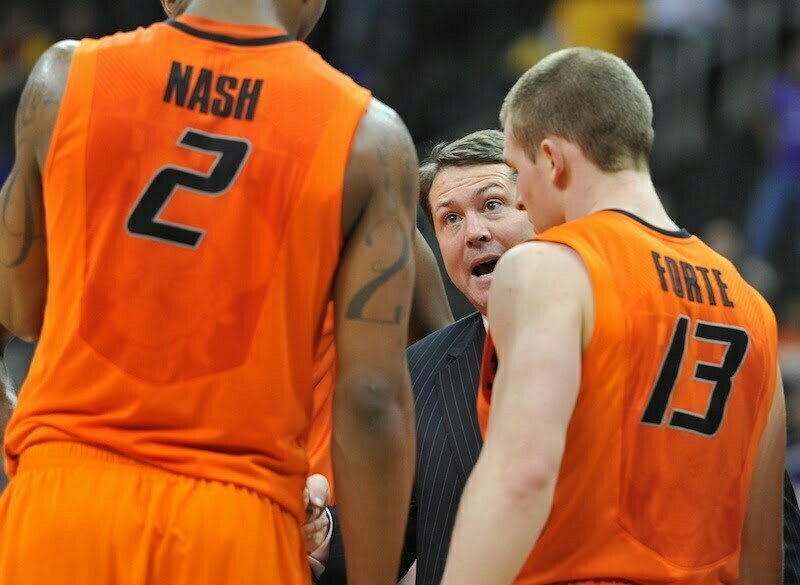 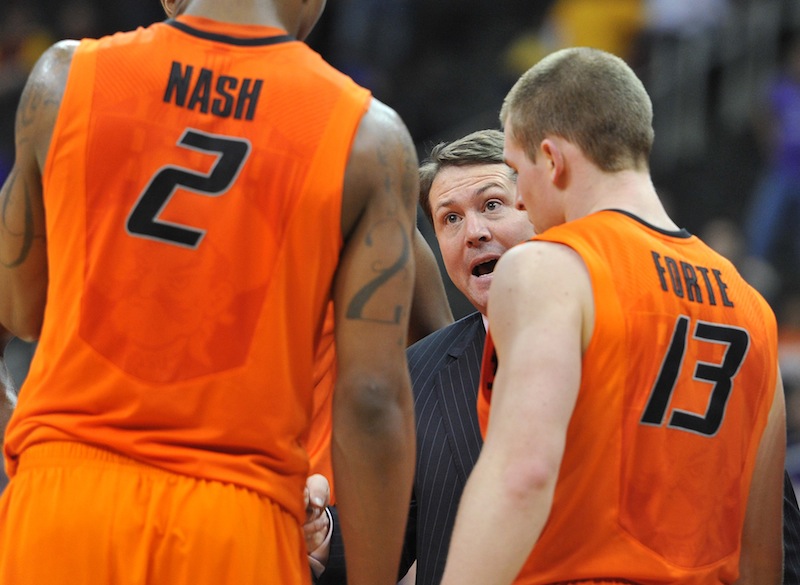 Oklahoma State will play Oregon as the No. 5 seed on Thursday night. The selection show was entertaining but unfortunately not drama-free for State fans.

10 thoughts from me on Selection Sunday….

Oregon is 26-8 and just came off a Pac-12 championship over UCLA (its second win over UCLA on the year) on Saturday, and they had no bad losses[1. Unless you count a 3 OT loss to UTEP early in the year a bad loss.] and beat UNLV at UNLV. UCLA is 25-9 and got a No. 6 seed. WHAT AM I MISSING HERE?

3. They should present a gold-laden Nike trophy to the winner of this game in lieu of net-cutting.

4. This is a great point, and not a good thing for OSU.

5. How pissed are we that OU got a better draw (San Diego State) than OSU did?

6. I feel like all I’m doing in whining so don’t take this as that….OSU’s region is loaded. Louisville, Duke, St. Louis, and OSU as the top five seeds is just absurd. Any of those teams could win any of the other three regions. Gottlieb said on the CBS show after the selections were made “Oregon is massively under-seeded, Oklahoma State is under-seeded, and St. Louis might be a top 10 team in the country.” So…yeah.

7. The tournament director said the following about Oregon:

I believe he’s referencing the fact that there are rules saying you can’t match up teams from the same conference and aren’t supposed to rematch teams that played during the regular season (uh, except for the Cal and UNLV mistake). STILL Oregon would have been wildly under-seeded at No. 11.

8. If you’re wondering, KenPom.com has Oregon ranked as the #43 team in the country, second best from the Pac-12 and just behind Baylor at #41[3. Glad I got that Pomeroy research in early tonight because his site is crashing so hard right now.].

9. We actually do have some good news[2. Other than not drawing Marshall Henderson in round one.] — Oregon is elite defensively and bad offensively. That matches up beautifully for the type of team OSU wanted to see in the Dance.

10. You know what else? In four days…who cares?