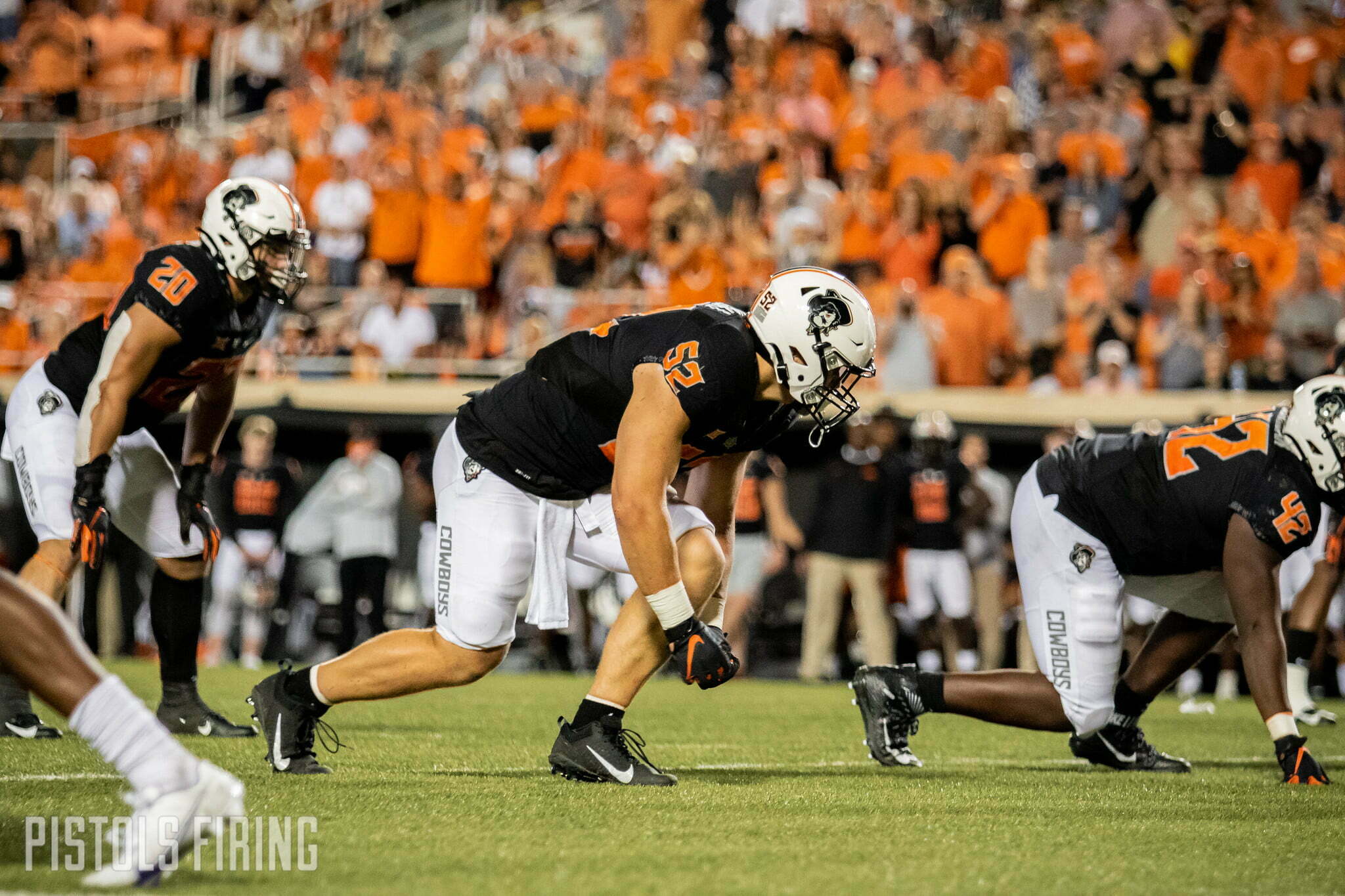 The Cowboys added another commit on Thursday when 2023 defensive lineman Ricky Lolohea announced his pledge to Oklahoma State.

Lolohea is an under-the-radar QB nightmare hailing from Trinity High School in Euless, Texas. He committed to the Cowboys the same day as former Texas A&M running back Deondre Jackson.

In 2021 as a junior, Lolohea earned unanimous first-team, all-district selection in Texas’ 3-6A class. He’s the seventh pledge to Oklahoma State’s 2023 class, which ranks 25th nationally per 247Sports.

The Cowboys were the first to offer Lolohea in January, but that list grew quickly and could continue to. Texas Tech came calling a couple of weeks later and was followed by the likes of North Texas, San Diego State, Louisiana-Monroe and SMU.

As of writing, Lolohea is unranked by major recruiting services but the 6-foot-4, 250-pound bruiser has a disruptive streak which can be seen onscreen. Here’s a look at his junior season highlights.