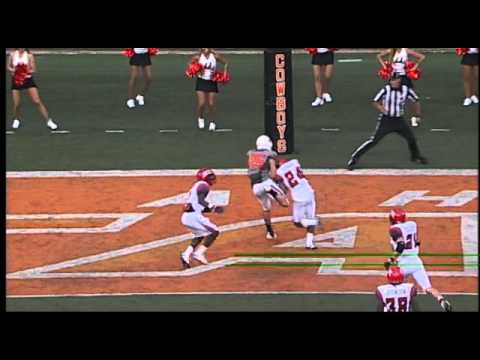 I’ll try to throw something like this up on the blog when I can find video after every game this year.

These aren’t necessarily the three most important plays from Saturday’s game (because how do you differentiate in a 27-point blowout?). Just three that I loved.

1. This throw is one of the myriad of reasons why I think Weeden is one of the two or three best QBs in the country. He didn’t really convey it that well on Saturday night, but this is a glimpse of the brillance I expect we’ll see most of the season:

2. Is it just me or does Devin Hedgepeth look twice as big as he did last year? He only had two tackles but was all over the field all night, including this pick:

3. This video (maybe it’s the angle) doesn’t really disclose how sick this catch was. Harrison went top shelf (or is it top chelf?) to snag a barely-overthrown Weeden ball in the back of the end zone. On Friday I was stunned that more people weren’t talking about the fact that Harrison had been declared eligible, this is why: