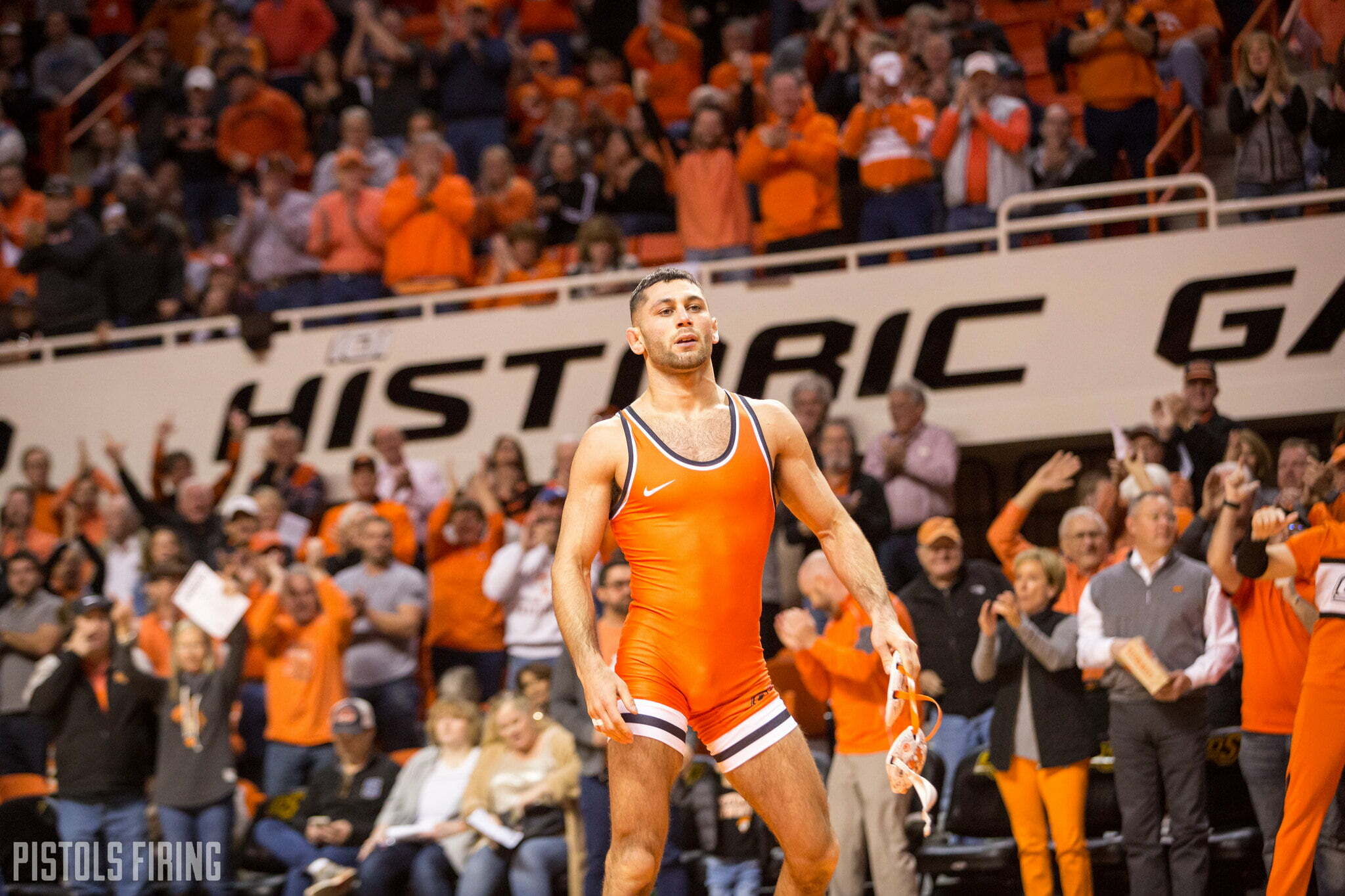 Down three starters and with the help of some big time bonus points from seniors Derek White and Jacobe Smith the “Princeton of the Plains” took out the “other” Princeton 27-12.

Here is a quick recap.

Match of the Day: Nick Piccinnini vs. Patrick Glory

This one was fun. Both Piccinnini and Glory got after it here. Glory had the advantage on his feet getting two takedowns to zero for Piccinnini, but Piccinnini and his strong top game ended up being the difference.

He got two tilts for six points along with a full period ride and ultimately won the match 9-4. Glory looked stronger on his feet, but a gritty tough win for Nick and an exciting match all the way around.

Fix, Brock, Jacobe Smith, and Derek White all racked up bonus points in their matches today which has been a breath of fresh air across the board this season for the Cowboys as they’ve really turned a corner in that department.

That helped separate the score enough to keep Princeton from ever really being in a spot to pull the upset.

With all the injuries the Cowboys have suffered recently they’ve had to tweak their whole lineup by bumping guys around. In nearly all the matches they lost they looked small and are small comparative to the guys they were wrestling.

The only match OSU lost where they weren’t undersized was 157. The staff and wrestlers are both in a tough spot here. At 165 it’s just temporary, and Chandler Rogers should be back soon. But it seems uncertain if and when we’ll see Boo Lewallen and Preston Weigel back. So a guy like Dakota Geer can step in at 197, but can’t go all in and attempt to really fill out the size because he eventually may have to come down to 184. Same with Gfeller at 149.

Up next: Rutgers at noon on Sunday.

There’s this guy on the team named Daton Fix. Ever heard of him? He’ll be wrestling in one of the biggest match-ups of the season so far tomorrow with Nick Suriano. I personally can’t wait. There has already been some mild trash talk from the OSU twitter account.