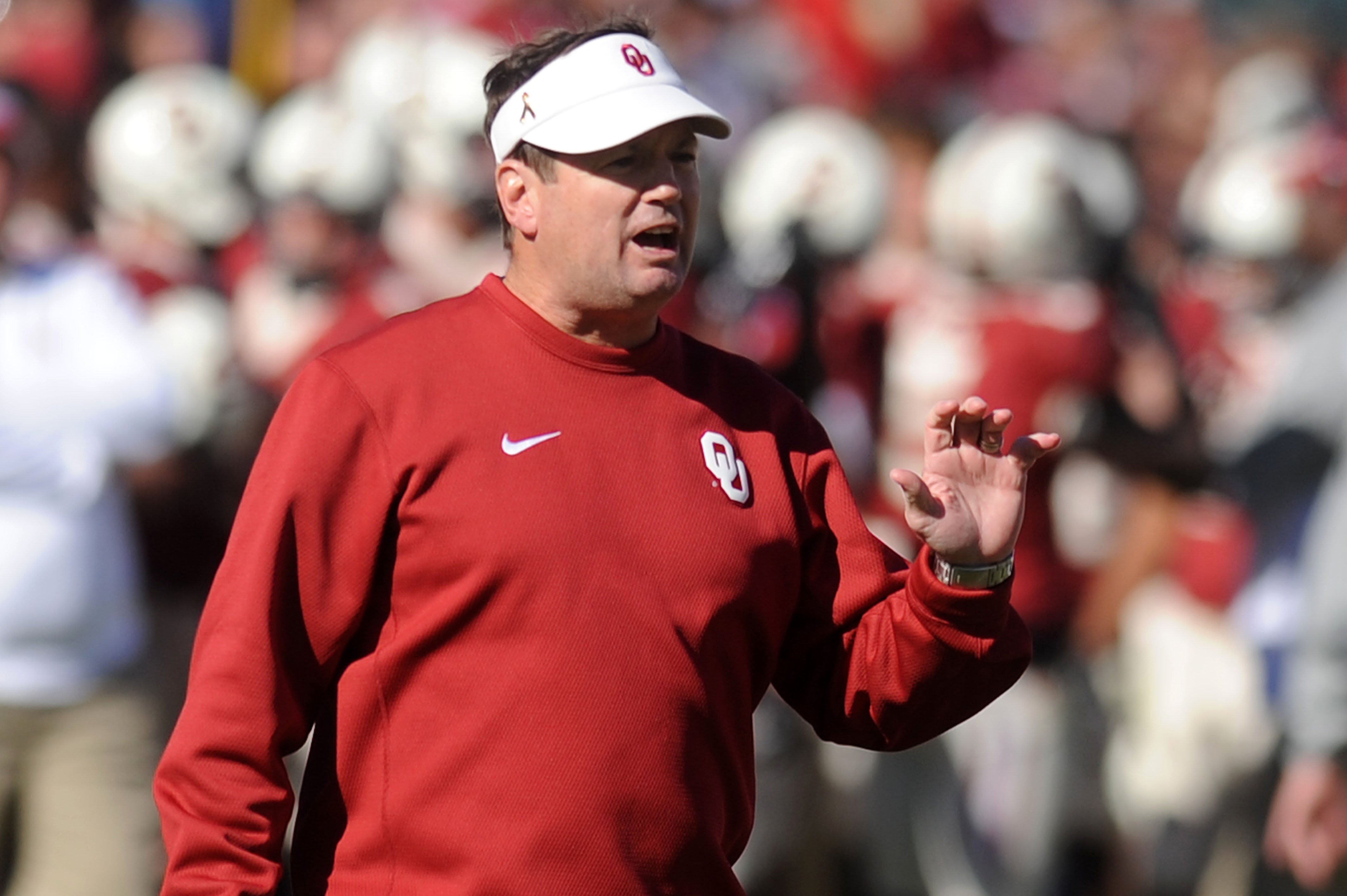 I don’t think the Sooners have enough superfluous words included in their stadium’s name. A program with such a rich tradition should probably have a stadium with a name like:

Not only would that name be more fitting, it would cut down on their bandwagon fans who’d spend so long stumbling through the name of the stadium, they’d miss the game entirely.

This week, we return to a more traditional format for the game preview. I considered going with another drinking game since last week’s game exceeded our incredibly low expectations, but I’d imagine Bedlam would more organically cause drinking one way or another.

If we lose, I’ll sadly head to the fridge and switch from beer to a stout cocktail.

If we win, I’ll ecstatically bolt to the fridge and switch from beer to a celebratory cocktail. Totally different.

Another good idea I decided to forgo was taking a page from ‘The Mike Gundy Book on Etiquette’ that has the state’s local media so up in arms. If I’d gone with that format, this preview would have looked something like this.

I will never discuss upcoming opponents.

I will never discuss the beating of a dead horse.

It’s basically a clone of last year. Except this year the Pokes are on the road and are the underdogs, which obviously means they’ll win in an ugly and objectionably horrible game.

Or, if you’ll allow me to play Devil’s Advocate briefly, some former 4th string Sooner RB will roll up 500 yards on the ground. Anything is possible.

You think it’s ridiculous that some are calling out Gundy for the season he’s had after his recent track record? How about if he’d won a national title, multiple conference titles and BCS bowls, including one this calendar year? If you’re the worst kind of OU fan (read all of them) you cry “AHHH WE’RE SETTLING FOR MEDIOCRITY!! TIME FOR STOOPS TO GO!! HIRE SWITZER BACK!!”

It’s my theory that all Sooner fans type in all caps and pine for Barry Switzer. At least one of those is on the nose.

Cody Thomas, redshirt freshman QB. This one is a no brainer. Thomas is the poster child for ‘subpar player who has a career game against OSU’. He’s looked shaky in each start since taking over for the injured Trevor Knight, but don’t let that fool you.

When, or if, the game gets tight, he’ll look like the winner of the next 3 Heismans. Even though I’m telling you this, none of us will be emotionally prepared to deal with it. Me least of all.

Semaje Perine, freshman RB. I know what you’re saying. This kid isn’t even a starter. Shouldn’t we be talking about the superior Keith Ford or big play specialist Alex Ross? Trust me, I’ve got a feeling this benchwarmer might be special.

Eric Striker, junior LB. Last year even the OSU cheer squad couldn’t slow him down. The only thing holding him back is Mike Stoops inexplicably literally holding him back from blitzing. I bet defensive meetings at OU are fun. “What’s your best skill, son? Blitzing you say? Let’s fool the other team by putting you in coverage…every time. Break!”

Michael Hunnicut, senior K. He’s 13 of 17 on FGs this season, which must not count the K-State game when he gacked about 10 attempts. Remember what I said about Cody Thomas? Case in point, even this freaking guy looked like a viable option at QB against O-State.

Sadly, that just seems to be the way of the world. Watch any movie and you’ll begin to understand. The good guys don’t win often. They are beaten soundly over and over until finally overcoming the odds in the climactic scene.

So, the Pokes get to enjoy climaxes like 2011 occasionally, but get kicked around for scene after scene leading up to it. Not a great trade off honestly. Maybe that’s why Gundy’s been so surly lately. He’s trying to assume the villain role.

OU doesn’t do a lot well, but they’re exceedingly good at running the ball down your throat. Texas, if you’ll recall, had some success doing that against OSU.

And, while the secondary in Norman is highly suspect outside of Zack Sanchez (played by Rosa from Brooklyn 99), there are multiple defenders up front capable of wreaking havoc on a weak offensive line. How’s OSU’s offensive line been performing this season? Anybody heard?

Because sometimes football doesn’t make sense. OSU hasn’t won in weeks, almost never wins in Norman, has a young QB likely making the 2nd start of his career and has lots of holes on both sides of the ball. But lets look at the other side.

This is OSU’s title game, there’s no pressure and low expectations, their QB showed promise and is too young to fully grasp the stage he’s on. As for the other issues, well, those will still be there, but they can be overcome. Probably. Maybe?

The time for grasping at straws is now. So, wear orange, cheer loudly for the Pokes and swear loudly at the Sooners and mute the game so you don’t have that god-awful fight song stuck in your head. Regardless of the outcome of the game, do these things and you’ll have won.