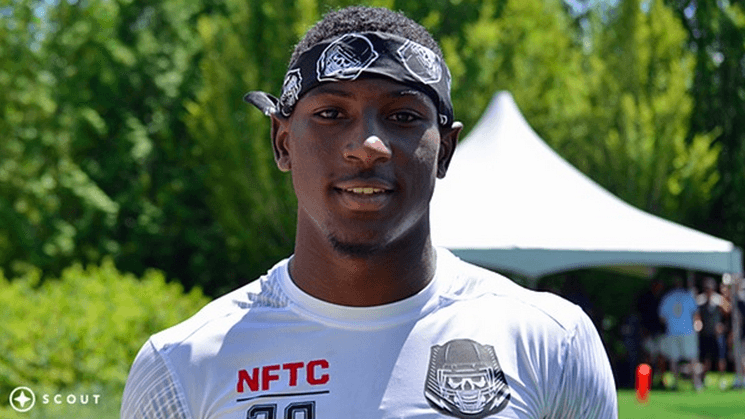 OSU needs a commitment from Kris Boyd. (Photo via Scout)

Football recruiting has headed in the wrong direction in the last month, as the Cowboys have had two four-star defensive backs decommit in Kenneth McGruder and Jaylon Lane.

On Nov. 21, the Cowboys lost Lane and McGruder to decommitments and added three-star junior college safety Jordan Burton all within a 24-hour span.

Lane’s situation may be a bit different than most, as it appears he may have had his scholarship offer pulled after he was arrested on a felony complaint and two misdemeanor complaints.

Adding a junior college recruit will provide depth in the secondary next season, but the 2015 recruiting class still has zero verbal commitments at the cornerback position.[1. Ed. note: Van Malone heading to SMU won’t help things.]

The Pokes have offered seven scholarships to cornerbacks, and all but three have already made commitments excluding Jaylon Lane.

Here’s a look at the three prospects OSU could add before signing day:

Although he has a scholarship offer from OSU, he has not expressed interest nor made a visit to Stillwater.

While he is living in Miami, he does not seem to be particularly interested in the Cowboys either.

The final uncommitted cornerback who the Cowboys have extended an offer to is Kendall Sheffield, a five-star cornerback from Fort Bend Marshall in Texas.

Sheffield’s recruiting is heating up and he appears to be very interested in both Texas A&M and Alabama. Again, not particularly interested in making a career in Stillwater.

Unless the Cowboys are able to land what appears to be a long shot in either of these three, it is very possible that the 2015 recruiting class may go without signing a cornerback even after cornerback Justin Gilbert was drafted No. 8 overall by the Browns in this year’s NFL draft.

The Cowboys also can’t seem to land a commitment from a wide-receiver, usually a deep position in recent recruiting classes, other than three-star speedster Jalen McCleskey.

Gundy and Co. missed out on four-star receiver Dede Westbrook last week, a junior college prospect who visited Stillwater and Norman the same weekend of the Texas massacre at Boone Pickens. Westbrook ultimately chose to commit to the Sooners.

The Cowboys were also frontrunners for four-star receiver Carlos Strickland, a 6-foot-5 standout from Dallas before he chose to commit to Texas Tech at the end of October.

Tyron Johnson, the nation’s No. 21 overall recruit is still considering OSU along with Texas Tech, Auburn, LSU and Clemson. Johnson is a five-star receiver from New Orleans who is also a dynamic return man (Dez Bryant 2.0?).

If the Cowboys cannot close the deal with some of the remaining uncommitted receiver prospects who have offers from OSU, there is a chance only one wide receiver signs with OSU in the spring.