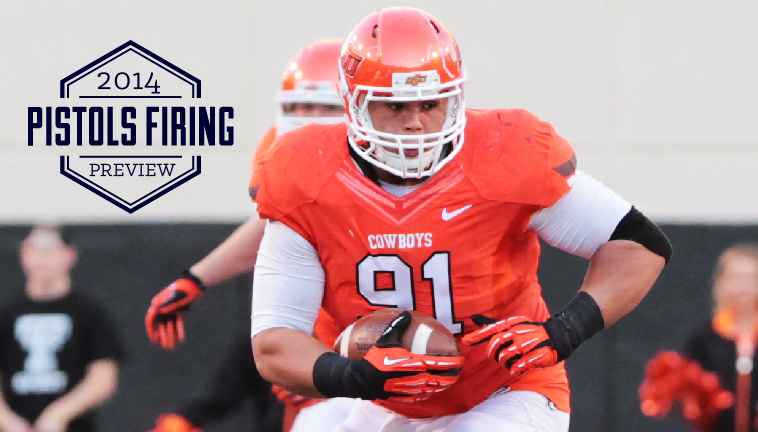 It’s true — the last few defensive lines OSU has had have been the axis on which great defenses have spun in Stillwater and this year’s version could be the best of the bunch.

Don’t believe me? You don’t have to. Mike Gundy said the same thing.

“I like our defensive line. I think that we could potentially be better on the defensive line than we were last year. We’ve got some speed and some strength and some maturity.”

Here’s a look at what the two deep will probably look like:

That’s two seniors, a junior, and a sophomore starting on a line that was one of the five best in passing downs in 2013. 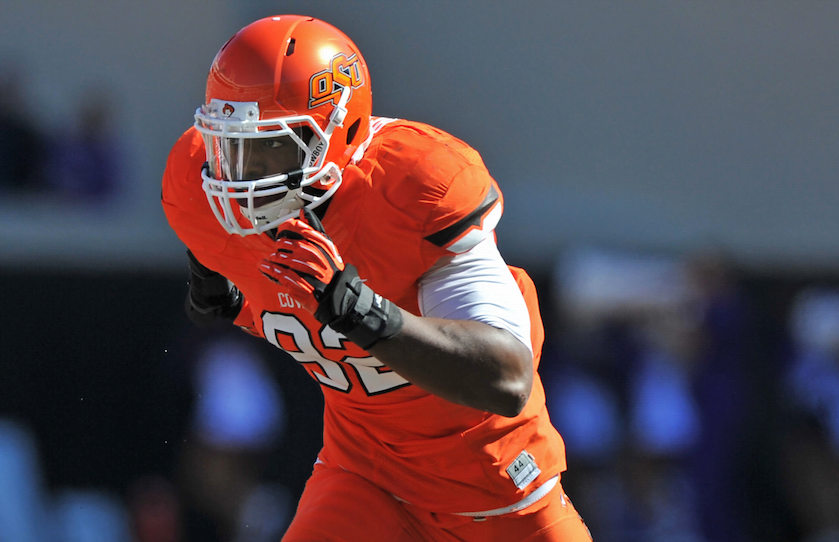 Yes Taylor and Hughes are both inexperienced (and both freshmen) but Castleman and Hautau are tremendous and OSU is loaded up on defensive end.

I’m thrilled about Ogbah, by the way. I think he could easily surpass what Tyler Johnson offered and he’s just a sophomore.

Also, I did this on my way home from working out today:

Castleman, on the other hand, is fired up about everybody.

It’s no secret that depth has always been an issue on defense for OSU and specifically on the line — we’ve had about as much of it as a Dustin Johnson interview.

That flipped at some point in the last few years (I think it was when Calvin Barnett (re) committed).

“I’m really pleased with some of the guys that are labeled as twos that are really starting to push the ones, which is just going to increase their playing time. I’m starting to develop a fifth guy inside that I think can help us out.”

I don’t know who that fifth guy is behind Castleman, Hautau, Taylor and Hughes but you can bet whoever it is will add to why Berry Tramel says OSU has become a heavyweight in the Big 12 conference on a yearly basis.