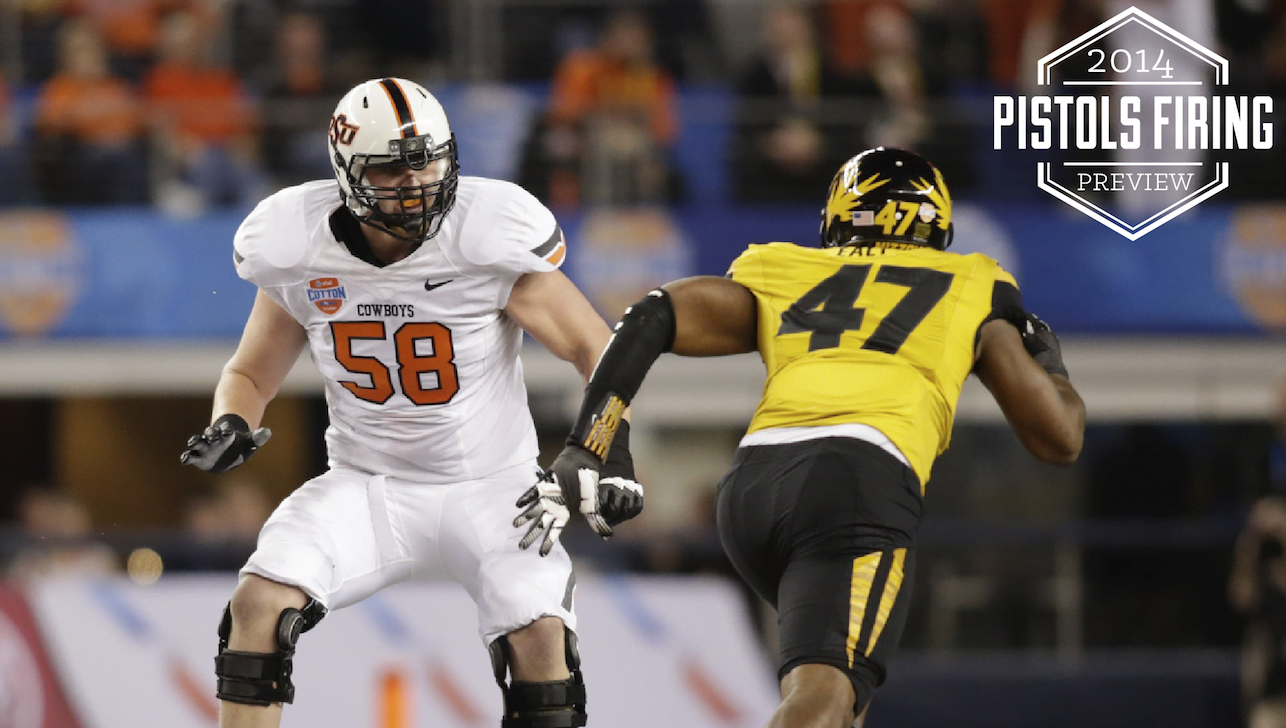 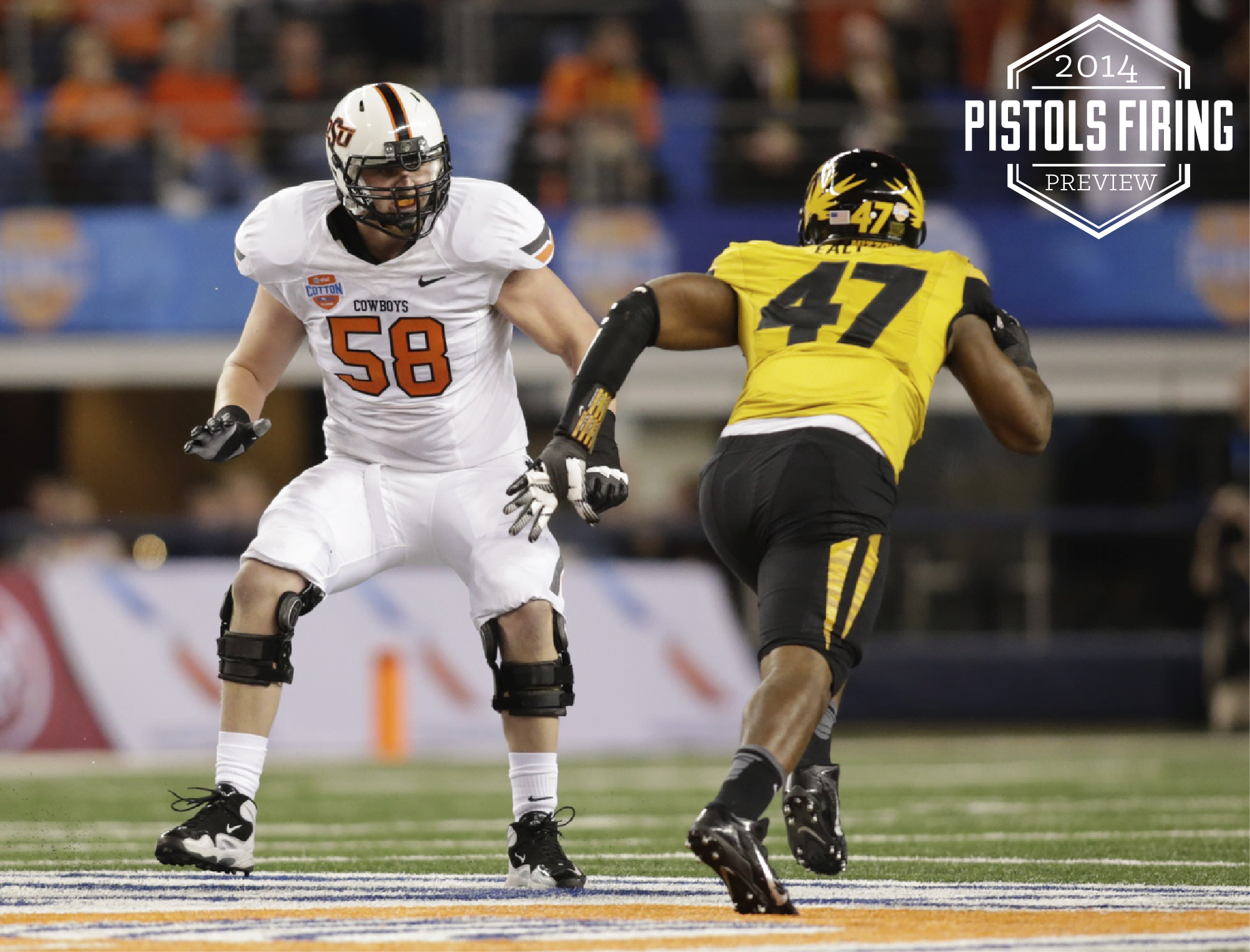 Since 2005 when Joe Wickline assumed the role of offensive line coach at Oklahoma State the Cowboys have run the ball 4,547 times. On Saturday against Florida State the first rush will be the 4,548th of the Mike Gundy Era but the first without Wickline overseeing it.

There have only been nine teams that have averaged 5+ yards per rush in that time period and OSU is one of them. Here’s a look: 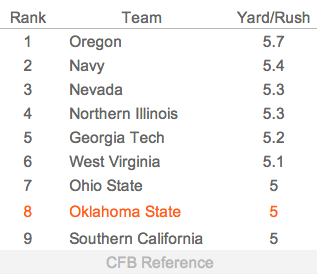 All that to say Bob Connelly — OSU’s new offensive line coach — has some Shaq-sizes shoes to fill with this offensive line and he doesn’t exactly have all the experience in the world coming back.

Here’s a look at what the two deep will probably look like:

Koenig has 22 starts, Grigsby has eight, and yeah, that’s about it.

As was pointed out in the Tulsa World today OSU could really use the injured Devin Davis:

Devin Davis should be the starting left tackle — and possibly an All-Big 12 left tackle — but it is believed he remains inactive while recovering from a knee injury sustained a year ago.

Still, despite some early concern in camp about how the line was coming together, everybody seems optimistic about another dominant performance from the big boys in orange.

“At first, it was kind of rocky with the new coach and new system, but we’ve spent all of our time in the offseason and in the summer working on it. We’ve really groomed together as a team.”

Connelly, who I really like, has taken what his players thought was a “bizarre approach” to coaching them:

The result has been an offensive line that has seemed to meld in the way you need offensive lines to meld to be an elite running team in college football.

“You know, I think that we’re a very good run team right now. We’ve got to continue to grow and develop, and we’re young, as we stated. We’re going to continue to get better each and every day. Right now, there’s still a little too much thinking going on.”

“As they learn and the concept gets better, we’re going to be able to increase our level of play because less thinking allows us to play faster. I really do expect, each and every day, to see progression as we move forward toward our first game.”

So maybe this won’t be as heralded an offensive line as years gone by and maybe it won’t be quite as good but with a trio of running backs like Tyreek Hill, Des Roland, and Rennie Childs, maybe it won’t have to be.

Maybe all it will need to be is good enough.