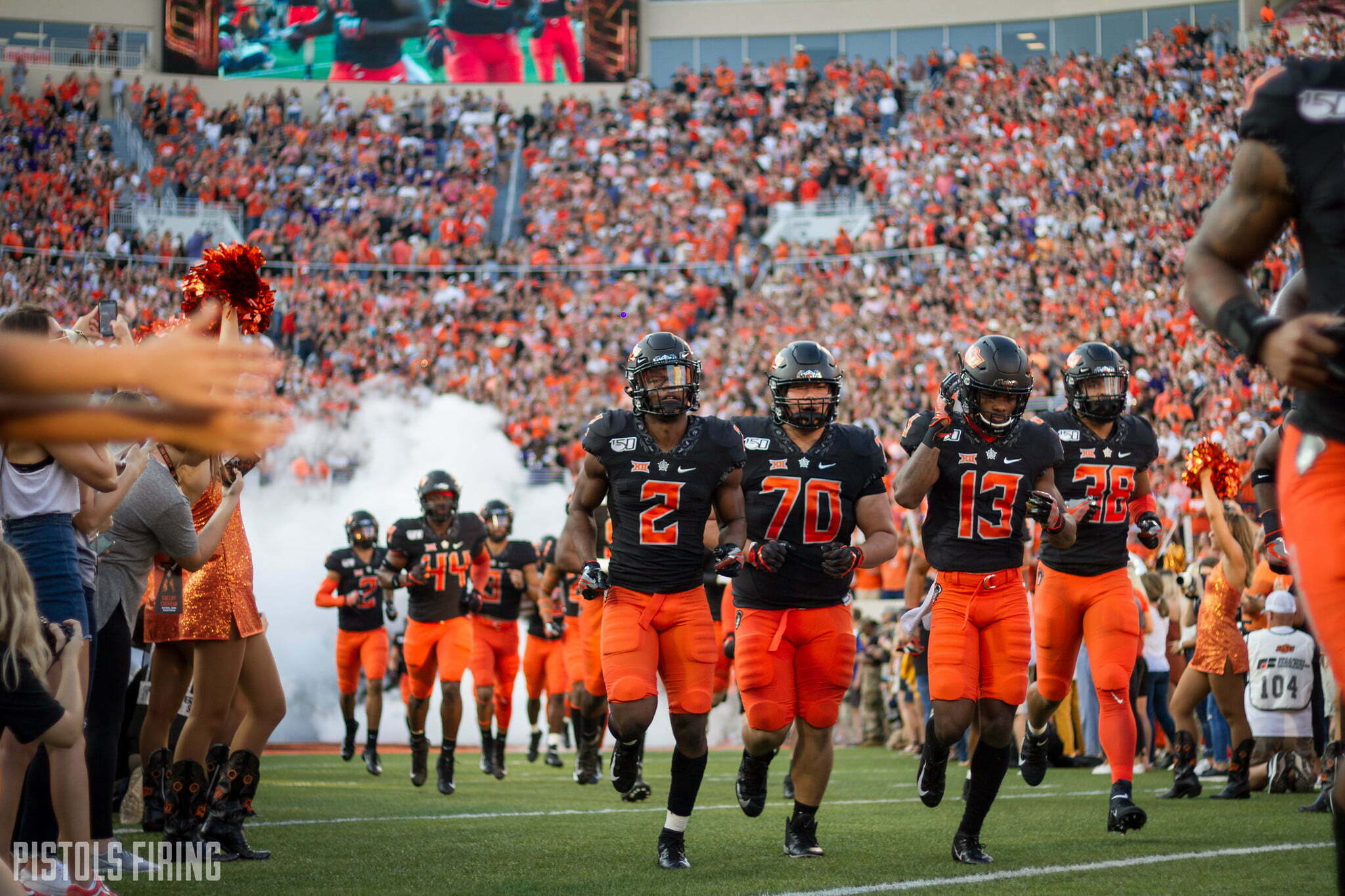 The new SEC revenue numbers for FY 2019 are out, and they’re big. Not Big Ten big, but big enough. You can read more on the overall numbers and how they stack up to the Big 12 over the past five years right here.

I’ve put together this chart — which took more man-hours than I care to admit with more references at the bottom than I imagine are required in the average dissertation at Oklahoma State — to help contextualize some things.

In addition to the numbers, I recently read this excellent post from Bruce Feldman on what the numbers mean and what the landscape looks like in the near (and distant) future. I’ll weave in some of my own thoughts with his writing, which I encourage you to read right here.

• One of my primary points all along has been that the Big 12 is not in as big of a hole as people would like you to believe. It has found a middle ground below the Big Two but ahead of the rest. A place it can exist peacefully and with some financial freedom.

And yet … that’s not how the Big 12 gets framed. Look at that $38.8 million number above. That doesn’t include third-tier rights, which for Texas are monstrous, for OU are big and for everyone else at least add to the pie. If you follow anybody covering this stuff nationally, you’d think the Big 12’s members were homeless.

Feldmen mostly acknowledges this, but I still feel like we aren’t grouping all of these properly. The SEC and Big Ten are playing a different game (we’ll get to that), but the Big 12 has outpaced the ACC and Pac-12 in a big way.

With the Big Ten and SEC duking it out at the top, where does that leave everyone else? Individually wealthy programs like Texas and Oklahoma — which have a better deal in the Big 12 than that league’s critics are willing to admit — will be fine. ACC schools are about to get a financial bump from their new cable network, but that probably only evens that league with the Big 12. The ACC Network likely won’t generate the kind of money the Big Ten and SEC Networks generate.

The Pac-12, with its wholly owned network that has struggled to find demand and distribution, saw its revenue drop $12.5 million in fiscal 2018. The league distributed $31.3 million per school thanks to a reserve fund created to compensate members in years when the (partially run by the Pac-12) Rose Bowl is a College Football Playoff semifinal. [Athletic]

The ACC Network is going to bump each school in that league by $7-10 million to get it even with the Big 12? I mean … maybe, but that would be a ton of profit in Year 1 of a network’s existence.

• The big problem for the Big 12 is that the SEC/Big Ten gap is going to get (a lot) wider in a few years. So right now it’s fine. In four years, it won’t be. Those two are entering new TV contracts after the 2023 season that will provide an lol-amount of money. While the Big 12’s revenue continues to rise and it, too, will have an opportunity to enter a new TV contract after 2025, it will be two years behind the SEC and Big Ten and not likely to see the same revenue from FOX or ESPN that those two leagues will get. There are myriad problems this creates.

The revenue gap obviously affects coaching salaries and ancillary football staff numbers, but it also raises the cost of keeping up in other areas. Beyond the additional brainpower and experience with a deep bench of seasoned coaches in support roles, power brokers around college athletics point out that the added financial resources mean bigger nutrition programs. They allow schools to hire staff for and/or beef up mental health programs. They mean more employees on the training and medical staffs and more academic support personnel. The money also impacts the way teams travel in recruiting. More access to private planes allows coaches to see more prospects and waste less travel time waiting for connections that often get delayed. The benefit of that is less time in the airport and more time visiting with recruits.

On the top end of the college football food chain, you have Ohio State. The Buckeyes have 11 full-time recruiting employees. That includes five who work in creative media. Three videographers and two graphic designers work to create the messaging that the program sends to recruits. That 11 number doesn’t include two full-time interns in personnel, one student helping with on-campus visits and two more students who help with graphics and video. The Buckeyes have had top-five recruiting classes in four of the past five recruiting cycles. [Athletic]

Even with OU and Texas’ resources, teams like Minnesota and South Carolina are going to be able to throw money at problems at a rate that outpaces them. Think about what that means for Oklahoma State!

Adam Lunt recently outlined how recruiting is so directly tied to revenue that it’s almost impossible to separate the two when we talk about them. For OSU — which is already worse at recruiting than it should be — this is … not good.

• I don’t know what the answer is here, but we’re hurtling toward a baseball-like situation in which teams are spending very disproportionate amounts of money on the same things. Maybe this means that eventually Alabama will pay a Yankees-like tax that gets redistributed to the Iowa States and Cals of the world, but if not … then what?

Schools such as Oklahoma, Texas and Clemson have the earning power/donor bases to keep up, but the rest will have to be more creative. The Big Ten and SEC schools will be able to overwhelm with sheer staffing numbers, and it won’t only be Alabama, LSU, Ohio State and Penn State. The windfalls to come will give Ole Miss, Minnesota and Illinois the kind of purchasing power only the superpowers used to enjoy.

But as long as the same five leagues keep acting like peers, we’ll expect the same kind of results no matter how much fatter the wallets are in two conferences. [Athletic]

Schools are playing completely different games here. LSU is operating with Mickey Mouse money. Oklahoma State is trying to play in the same world and get the same recruits and win the same titles with resources that are meager by comparison. Maybe this means that the only proper way to determine the best teams is within specific leagues and that comparing teams across leagues will become an outdated way of doing things (or some variety of that).

Sure, once every 10 or 20 years, it can happen. You can strike gold and play for it all. But the percentages are tilted (and further tilting). So to swipe from one of the men responsible for all of this, as we head into the 2020s and a world in which the mega-rich are far richer than the sort-of rich … are we sure this is what we want football to be?