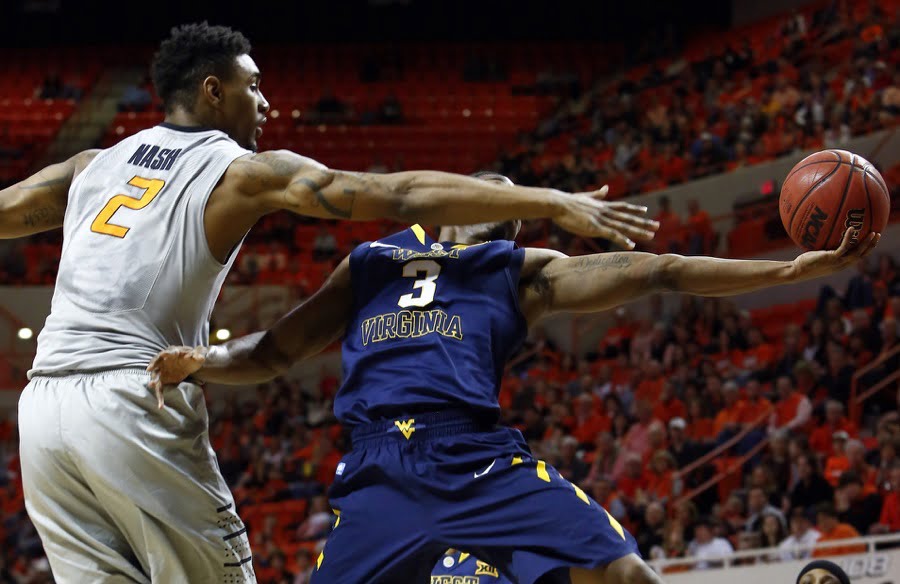 I am straight up stealing this from OKC Dave. He did it a couple of years ago, and reader Ben Oller recently reminded me about it so I decided to run it back on the 2015 West Region.

Here’s a look at a scatter plot of all the teams as they perform in terms of adjusted offensive and defensive efficiency.

Adjusted efficiency is simply the number of points a team would score or give up per 100 possessions against an average D1 team. 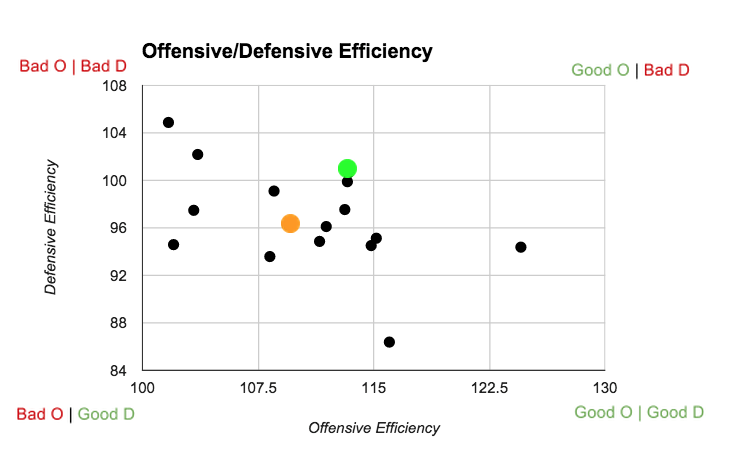 Oklahoma State is about as middle of the road as teams come in the West Region which its No. 9 seed indicates. Oregon is a little better on offense than most teams and a little worse on defense.

Those two outliers on the bottom right are Wisconsin (far right) and Arizona (bottom middle). Their regional final game is going to be a war. The team on the far upper left is Texas Southern. Arizona is going to do unholy things to them in the first round.

As Mark Cooper pointed out on Twitter today, the struggles we’ve seen from OSU are recent. For the first half of the Big 12 season they were really good on D.

Still, defense wins first round games and if OSU can muster enough of it against Oregon, it can absolutely move on to get impaled by a Wisconsin team that is one of the best and most balanced in the entire bracket.