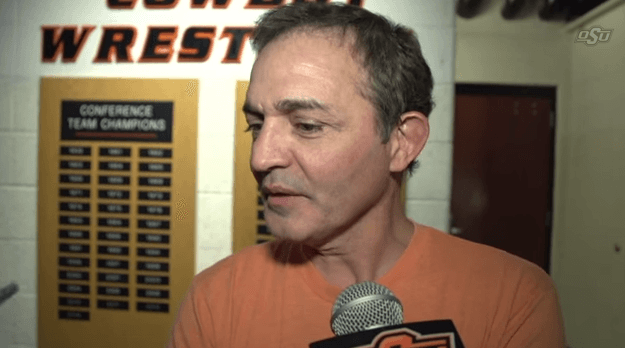 Ed. note: If you want to see the rest of our wrestling coverage Ty Ames has previewed each weight class over the past few weeks:

I realize the season is already underway but we have yet to get into the real meat of the schedule (like Bedlam on Sunday!) so I wanted to post what he wrote about OSU’s opponents. 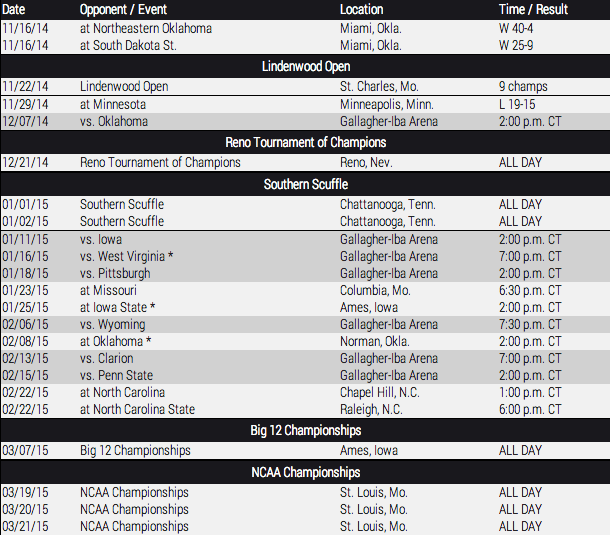 As usual, the Pokes have one of the toughest schedules in the nation.

Several of the country’s top teams will send wrestlers to both the Lindenwood Open and Southern Scuffle, which are both tough tournaments.

The schedule is highlighted by Iowa and Penn State both making trips to Stillwater. Penn State lost several big-name wrestlers from last year, namely David Taylor and Ed Ruth, but they are still a top team in the country.

Iowa is returning several of its best wrestlers, including Mike Evans and Bobby Telford, and will give the Cowboys all they can handle.

Of course, OSU will travel to Norman to wrestle the Sooners as well as host them at home.

The Pokes will finish the season on a swing through North Carolina, where they will take on both the Tar Heels and Wolfpack on the same day. North Carolina also has a former Cowboy great on staff in Coleman Scott.

The NCAA Championships, which always contain a lot of excitement, will be held in St. Louis this year.

Hopefully we see a lot of Cowboys when that rolls around.