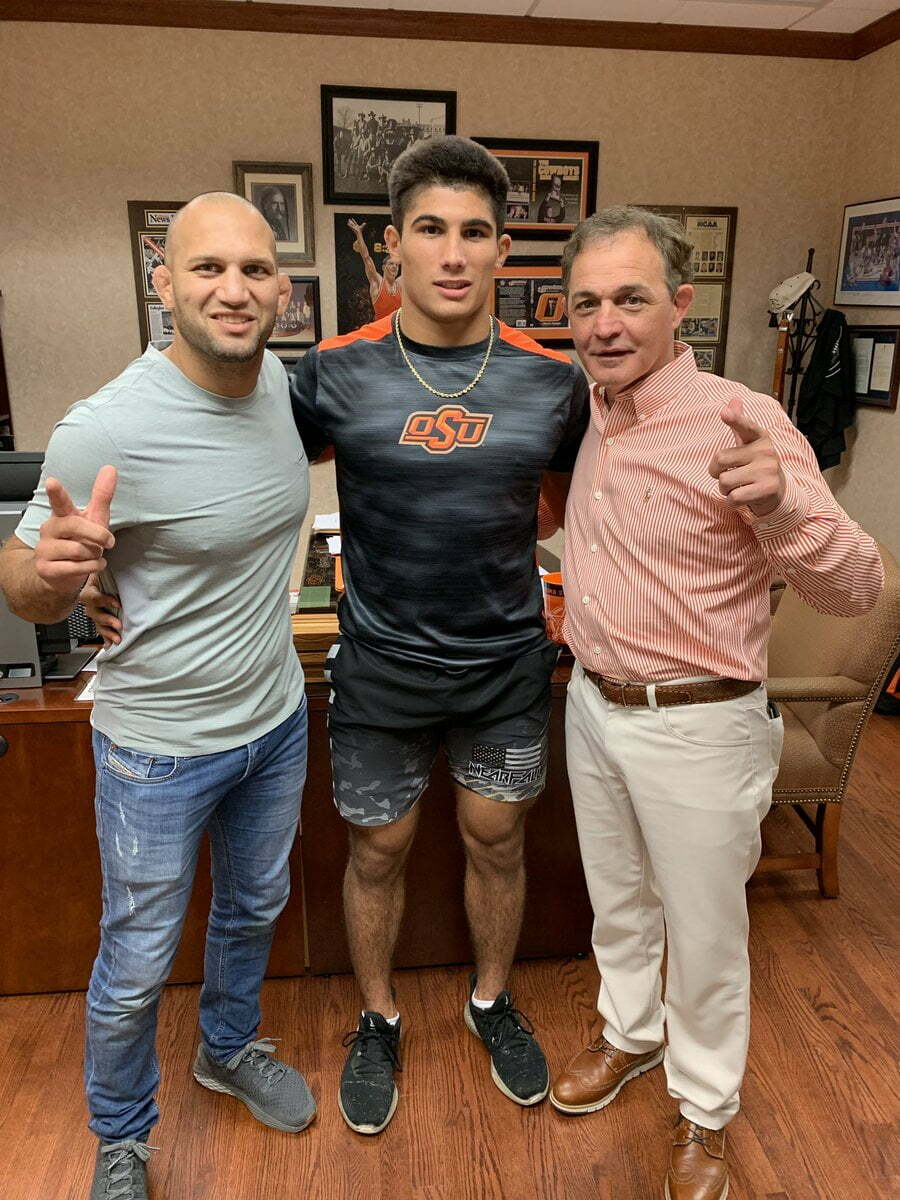 I try to touch all the bases when it comes to various heritage months or holidays and their ties to Oklahoma State wrestling. One I’ve yet to hit is October’s Italian-American Heritage Month.

Folks up in New Jersey would probably try and make the claim that Rutgers would grab the title of wrestling’s Italian program. But when you dig into the legacy that OSU has with Italian wrestlers, it’s hard to argue that Oklahoma State doesn’t have the most elite contingency of any wrestling program out there.

Smith, not exactly the most Italian name out there. But John was the first wrestler ever to be inducted into the Italian American Sports Hall of Fame and is one of only two amateur wrestlers with that acknowledgment.

Smith, who is half-Italian from his mother’s side (maiden name Volturo) is, of course, the current head coach at Oklahoma State.

Coach Smith’s accomplishments are no secret to the Oklahoma State wrestling community. The six-time World/Olympic champ is widely viewed as the greatest American wrestler ever and has led his program to five NCAA team titles and countless individual accolades.

I’m going to lump the rest of the Smith crew into one here. Obviously from the same lineage as John, the rest of his family has an Italian background, as well. Pat was the first four-time NCAA champion, Lee Roy was an NCAA Champion and World Silver Medalist, Chris was a two-time NCAA Champion, and Mark and Joe were both multiple-time All-Americans.

Lots of Italian flavor on the Oklahoma State coaching staff. Esposito was an NCAA champion for OSU in 2005 and a part of all four of Oklahoma State’s NCAA championship teams in the early 2000s. He’s now the associate head coach under John Smith and served for five years prior to that.

Pat Popolizio is arguably the most successful coach on John Smith’s coaching tree. He’s made NC State an absolute power in the ACC and has not only won multiple ACC titles but has led his team to team trophy finishes at the NCAA tournament and multiple individual NCAA champions.

Popolizio and his team even wrestled Oklahoma State in a dual in Italy in 2018.

New York Nick Piccininni was a fan-favorite during his time at Oklahoma State as he blew the roof off Gallagher-Iba with his pin over Iowa’s Spencer Lee in what will go down as an all-time moment for many Oklahoma State fans.

Nick now trains at American Kickboxing Academy and is 1-0 early in his MMA career.

Last but not least, a man that needs no introduction and is one of the proudest Italians I’ve ever come across, NCAA Champion AJ Ferrari.

Ferrari has been known to Oklahoma State fans for some time as they’ve followed his recruitment and eventual commitment to the Cowboys in 2019. He made a big splash on the national level last spring when he won an NCAA title as a true freshman at 197 pounds. He has a chance to become wrestling’s first-ever five-time NCAA champion.

There have obviously been other Italian wrestlers in the Oklahoma State room over the years, but just this short list includes some of the most legendary athletes in the sport.