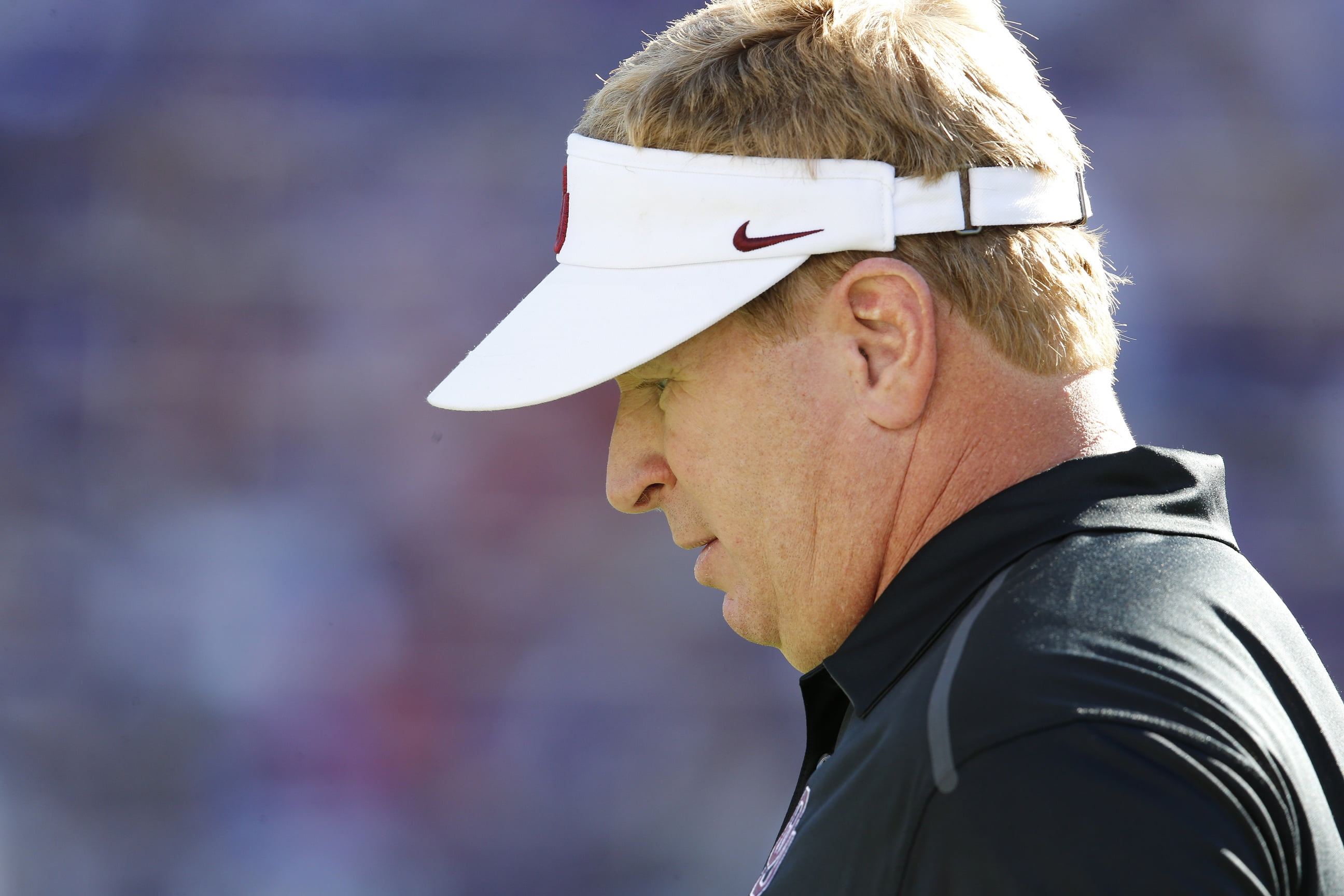 It could be a long week for Mike Stoops. (USATSI)

When was the last time any OSU fans thought, “Whew. It’s nice to have a bye this weekend.” Unfortunately for Justin Southwell, the betting post doesn’t get a bye to prepare for next week.

I didn’t want to leave OSU just because we have a bye week. I’m going to take a stab at the spreads for the Pokes’s remaining games. Disclaimer: It won’t be pretty

If I were a big betting man, I wouldn’t hesitate to throw down on Baylor and OU to cover those numbers. I just think the oddsmakers will inexcusably give us credit they shouldn’t.

I won’t touch the Texas game. OSU could win by 14 or lose by 14 and I wouldn’t be surprised.

I truly believe half the teams in the Big 12 can hang with any team in the country. The conference has basically already proven that given the matchups we’ve seen against SEC powerhouses Bama and Auburn.

I’m not a big believe in the transitive property, but look what OU did to Tennessee and you’ll see the best in the SEC have had similar games with the Vols.

All that to say we have a couple great matchups this weekend in the Big 12 and it’s a shame more emphasis is put on who loses rather than who beats who when national media compares the Big 12 to the SEC.

Do you all remember how it seemed like once a year OU would always get a tough opponent at home at absolutely tear them apart? I don’t think OU will necessarily “tear them apart” but I’m leaning toward this being a game that OU controls.

Also, Bryce Petty’s stats aren’t as Baylor-ish as we’ve come to expect from that team, at least not consistently. In Baylor’s two toughest road games this year (Texas & West Virginia), Petty’s completion percentage is just under 40%.

Consider this pick my effort to get myself over the “Well Texas is still Texas and can pull off a win at any time” mindset. I can see West Virginia struggling coming off that lost to TCU but I’m not going to talk myself into the Horns.

It seems like the majority of opinions are leaning for TCU to win this one relatively easily. I think 6 points is a lot to give Bill Snyder and this K-State squad. They aren’t intimidated by playing on the road and TCU isn’t a nightmare venue anyway.

Thanks to OSU alum Garrett Wales for joining us as the guest picker this week.  If you feel like you could take down the PFB crew in these weekly picks, voice your opinion in the comments section and maybe you’ll get your chance.

“Mike Stoops is already practicing his ‘I’m shocked that our secondary is getting torched’ face and his postgame speech about poor execution.” – OKC Dave

“LSU fans might make Death Valley a literal thing for Bama fans that show up.” – Amilian[1. Ed. note: I love it when Amilian quotes himself.]

“I wish we could use an English Premier League rule and relegate the Big 10 to FCS until they prove they belong on the national stage.” – Carson

“Snyder and Patterson have a pregame conversation about the merits of using Jay-Z as an agent.” – OKC Dave

“I really wanted to take Bye (+3) at OSU, but couldn’t find it anywhere.” – Schnautz

Enjoy the OSU bye week! (I certainly will)