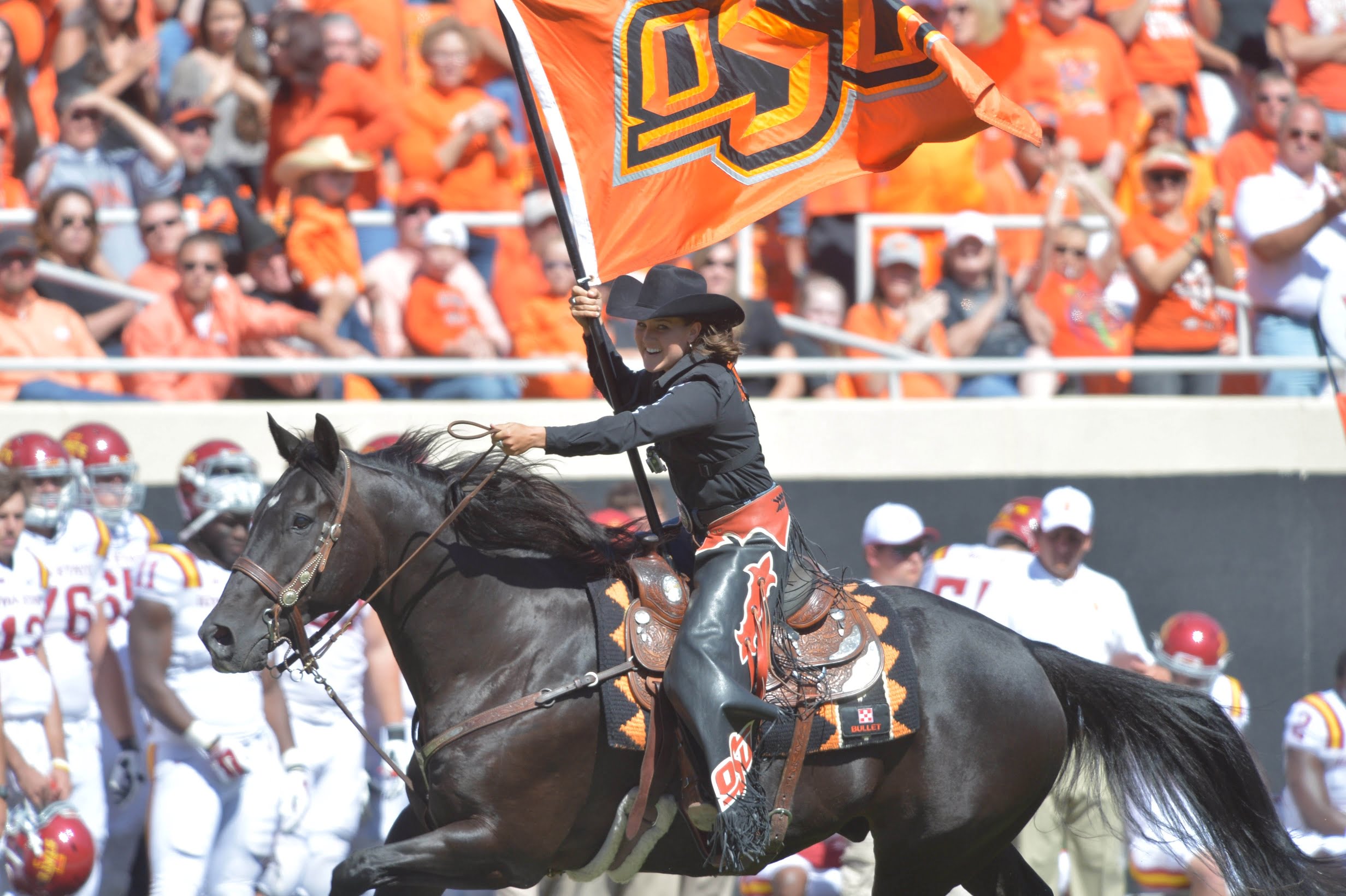 Everyone give Pistolsguy a nice little golf clap as he came out as last winner last week.

The OSU-Iowa State was a push, but I’m still surprised it was that close. That seemed like a team you should beat by 20+ on your home turf if you’re a top 25 team.

One more softie before the 2nd half of the season has OSU fans have Yurcich’s playcalling trending on Twitter every Saturday.

Why spend time breaking this down with 200+ words on Kansas when I can just show you that Jayhawks can’t even celebrate without screwing up?

OSU prop bet of the week

Which will be greater: The amount passes Garman throws (not just completions) beyond 25 yards or the number of 1st downs for the Kansas offense.

I make these numbers up without looking at stats for either side. I’m going to track this one and see how close it is. My (faux) money is on Daxx’s arm here.

Big 12 lines[1. Many of these lines have changed since starting this post.]

OU should beat Texas by at least 20, but I keep going back to last year and hesitating on picking them. I heard Al Eschbach on the Sports Animal (it’s like a bad car wreck, I can’t help but listen sometimes) say that Case McCoy had his only good game against OU last year.

Look at McCoy’s 2013 game log to compare his game-by-game stats and tell me Eschbach isn’t an OU fan desperate for an excuse. Let’s not act like a 13-21 for 190 yards, 2 TDs and 1 INT was an insane performance.

To be fair, McCoy did throw some ridiculous deep balls in that game that I didn’t see him throw outside the Cotton Bowl. I’m done harping on 2013. New season, different scenario.

West Virginia’s only trip to Lubbock didn’t go so well. That’s a difficult place for opposing teams to get used to. We know about that.

As a fan, it’d be tough for me to stop thinking about that win over OU. I would imagine the emotions are running higher for the players.

How in the world did this game sneak in here? This is like when SEC teams schedule weak non-conference games in the middle of the conference schedule. Smart decision by Toledo to mimic SEC scheduling.

I gave everyone the first four games, but then allowed them to make their 5th pick from any college football game of the weekend. Our guest picker this week? None other than Mrs. Pistols.

“It seems too obvious to take Oregon.” – Amilian

“The only thing I know about Oregon is neon.” -Mrs. Pistols

“Bama…unless this is considered a consolation game.” – Southwell