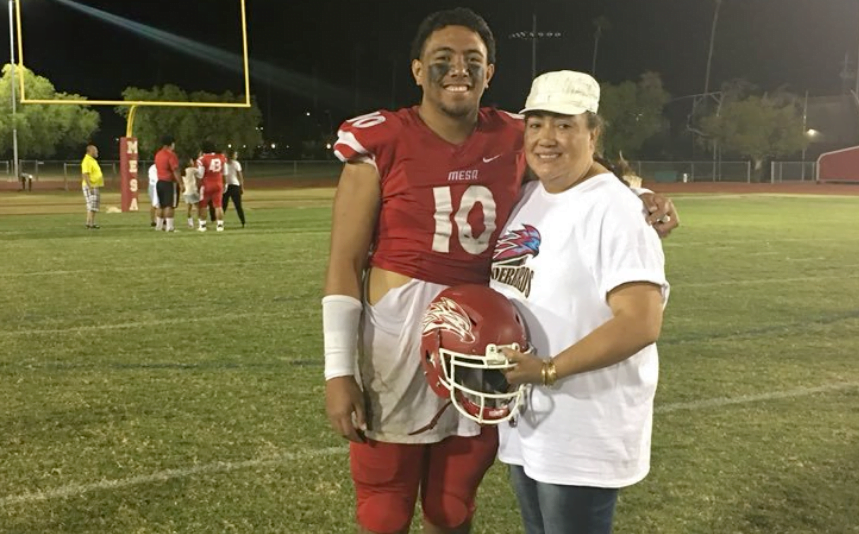 NEO A&M defensive end prospect LaRon Stokes committed Sunday to OU over OSU, Virginia Tech and Oregon, among others, leaving the Cowboys searching for a backup plan at a position needing an experienced upgrade this cycle.

Plan B appears to have presented itself in the way of Soni Fonua, a 6-4, 264-pound defensive end from Mesa Community College who was offered by Oklahoma State on Monday. Fonua has offers from Adams State, Arizona, Hawaii and Kansas.

Oklahoma State has a wealth of incoming talent at the position headlined by in-state star Trace Ford, as well as Isreal Isuman-Hundley and Kody Walterscheid, the younger brother of incumbent starter Cole, but none are likely to play right away. In Fonua, however, OSU could potentially rely on him to compete for a starting spot — which is valuable because both edge rushers are not returning to their starting roles next season. (Jordan Brailford is off to the NFL, and Jarrell Owens is in his final year of eligibility.)

Based on offer sheet alone, Fonua and OSU seem to be a good match. It’s hard to imagine he commits to Adams State or Hawaii over a top-20 program in Stillwater, but the Cowboys are entering the picture late and may have to play catch-up to nab him. Nonetheless, I’d be surprised, barring a late offer from, say, OU, that he lands anywhere else but Stillwater.

Fonua is expected to sign in the late period in February and enroll next summer. Before he does, he’s slated to visit Nebraska, Hawaii, UCF and Kansas, according to his Twitter account. Considering OSU has officially entered the race, don’t be surprised to see a scheduled trip to Stillwater added to that mix.