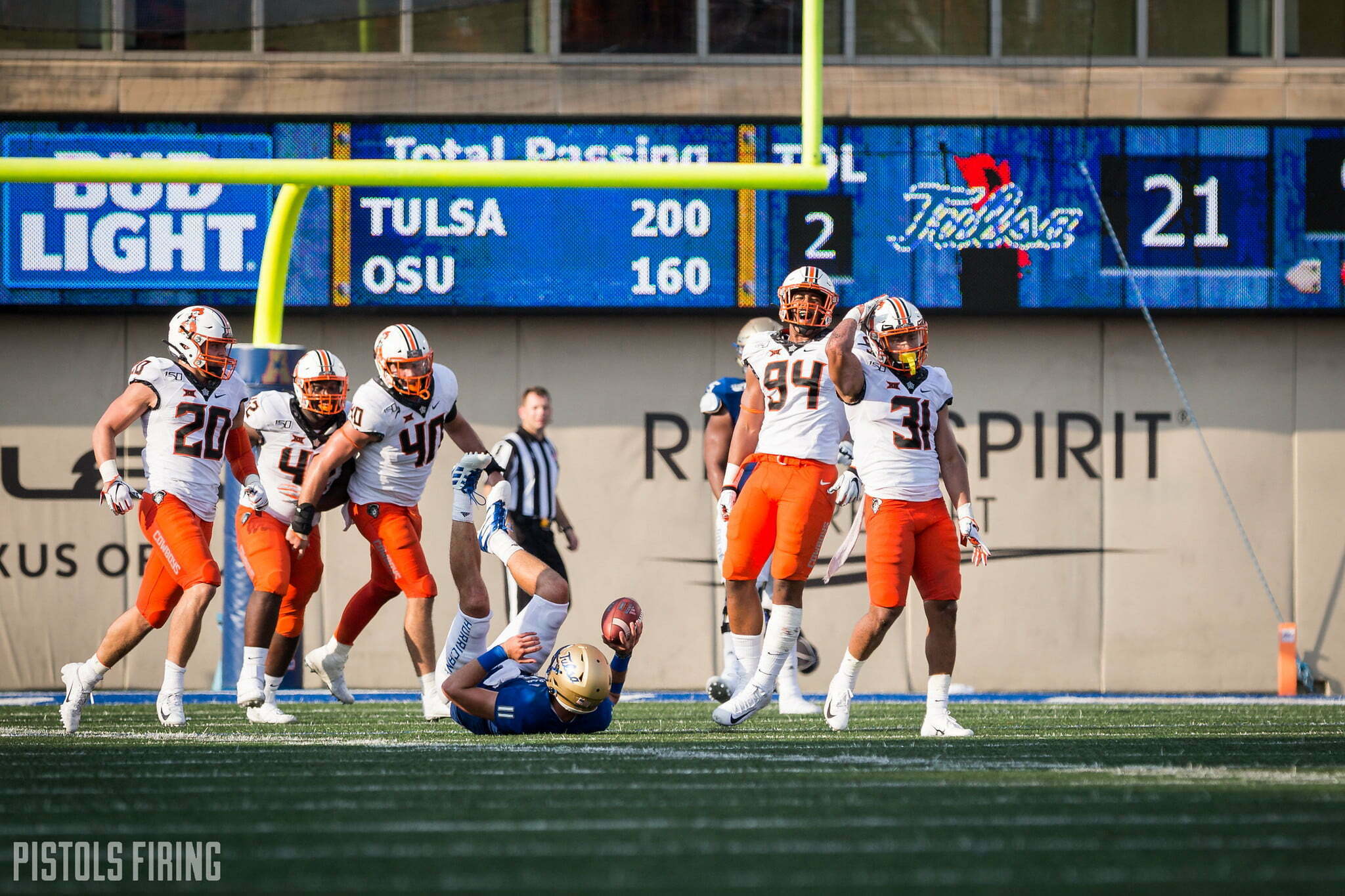 Oklahoma State sent a strong class of prospects from its ranks to the NFL this past week, with four players — Teven Jenkins, Chuba Hubbard, Tylan Wallace and Rodarius Williams — getting drafted and a number of others quickly getting scooped up on free agent deals post-draft. And the 2022 class for OSU could once again be strong.

OSU might not have the blue-chip talent Jenkins had that led him to an early second-round selection by the Chicago Bears, but because a number of players opted to return to OSU and the team on the whole is full of experience, next year could top the single-year draft pick record under Mike Gundy which tied for the high-water mark this year with four selections.

Here’s a way-too-early look at the players who might be in the mix this time next year as NFL prospects.

I remain one of the largest Kolby Harvell-Peel stans on God’s green earth. Talent is absurd. Originally signed as a linebacker, he’s trimmed down to develop into one of the most versatile safeties in college football. Entering 2020, he was considered one of the top talents at the position before battling through injuries. But at full strength he can do a little of everything, showcasing serious NFL skill at one of the league’s most important positions on defense.

KHP and Rodarius Williams got their due as All-Big 12ers last season. But puts on conspiracy cap I am convinced that voters put both on their ballots and thought eh, that’s probably enough bright orange for this year. Because here’s a look at Sterling’s resume last season compared with three other defensive backs who earned All-Big 12 honors, while Sterling was only named as an honorable mention. Make it make sense.

He was one of the most improved players on OSU’s roster last season and if that trajectory continues, I see no world in which he’s not cashing checks from an NFL team in short order.

After earning first team All-Big 12 honors last season for OSU in his first season with the Cowboys, Sills opted to use his extra year of eligibility to stabilize OSU’s offensive line. Don’t be surprised if the NFL is next. He’s 6-foot-6, 330 pounds and plays with a nasty streak on the field which could give him a chance to compete in the NFL on the interior of an offensive line. Playing both tackle spots and at guard last season should impress NFL teams with his versatility, though I expect his mobility is best served at guard.

At a listed 5-foot-9 and 200 pounds, I don’t anticipate teams viewing Brown as an every down back in the NFL. Heck, even OSU has mostly used him as a change-of-pace ball-carrier for most of his career. But Brown’s blazing speed, vision improvement as a runner and overall breakaway ability could give teams a dynamic weapon to add, and he’s shown some ability to catch passes, too.

Lacy set career-highs last season with four sacks and 32 tackles, and — brace yourself Big 12 offensive lines — he may just be scratching the surface.

“He’s back in shape now,” Gundy told The Oklahoman of Lacy last month. “Tyler’s mature. He’s a veteran, he’s been around. If he decides to push himself, work extremely hard and compete and fight, he’s gonna get a chance to make a little money playing this game someday with the skillset that he has at this time, in my opinion.”

I made a meme about how I currently view things entering next season.

To be clear: Brennan is elite. Full-blown dude. Hyperbole machine is working overtime this spring, and it’s because he’s emerged as OSU’s No. 1 option. Howevah, are we forgetting about Tay Martin? It feels like we are. He had the same number of catches in the Cheez-It Bowl as Brennan did he just didn’t house it three times. I kinda think he’s going to be really important and with his big 6-foot-3 frame and ability to high-point balls, it wouldn’t totally shock me if he’s able to turn in a breakout season into being drafted.

An ACL tear at the end of last season dealt a swift blow to OSU’s defense and to Trace Ford’s immediate pro prospects, but let’s not kid ourselves: this kid, in the most sincere sense, is an absolute freak show. Game-changing edge rusher. That type of talent lands you in the first round. He’ll have to show he’s back at full strength and fully recovered, and who knows what the injury means for this season, but he’s the OSU defender with the highest NFL ceiling.