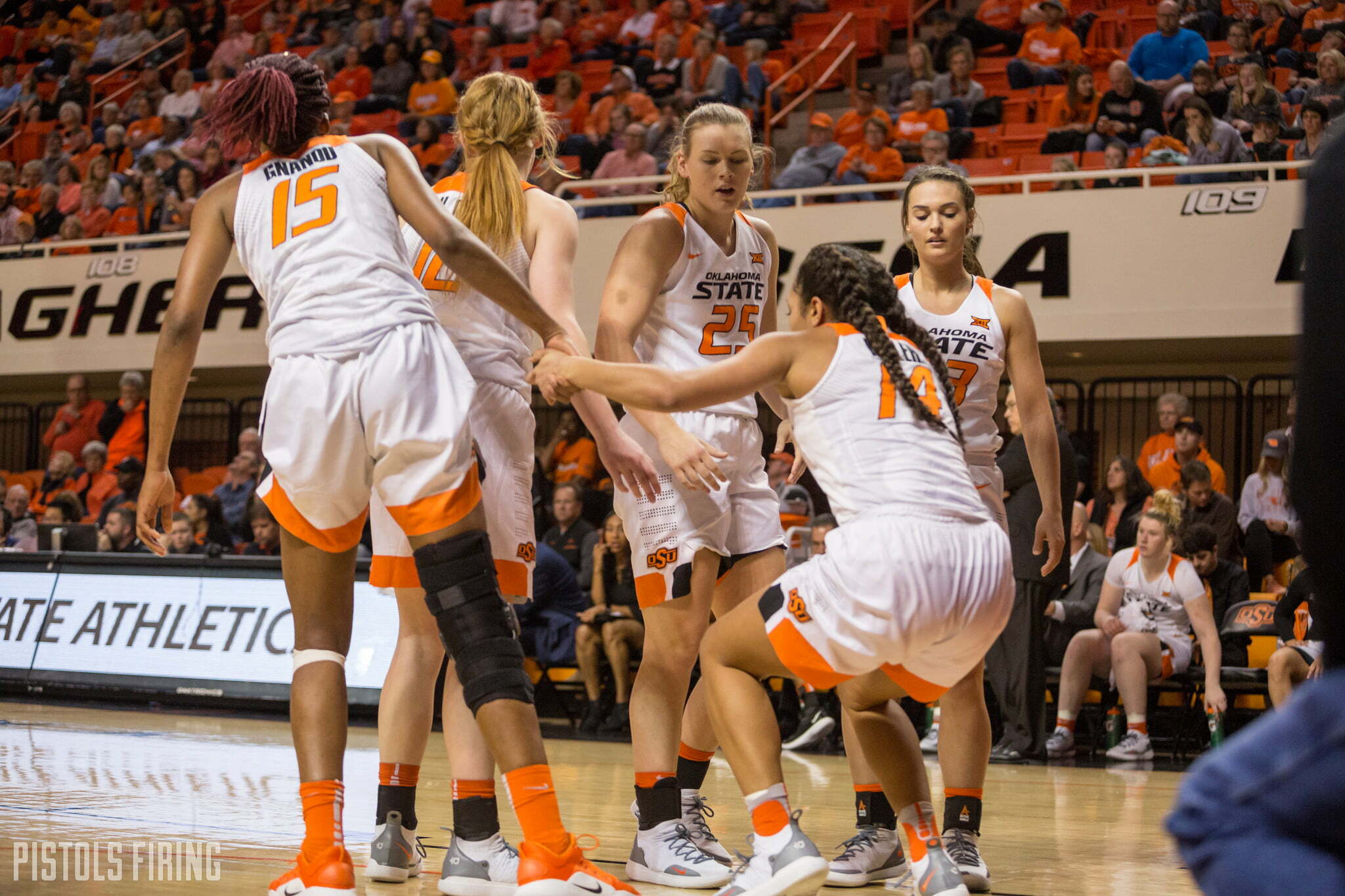 The Cowgirls picked up a pair of losses last week.

It started in Manhattan on Wednesday, as OSU fell to Kansas State 59-48. The Cowgirls’ dominating duo of Braxtin Miller and Vivian Gray combined for 29 points, 14 rebounds, five assists, three blocks and six steals.

In Gallagher-Iba Arena on Saturday, the Cowgirls fell to Iowa State 84-71. Gray scored 30 points, but Iowa State’s Kristin Scott outdid her, as Scott scored 31 points on 11-for-11 shooting. She went 7-for-7 from 3-point range.

The Cowgirls are 12-6 this season and sit in seventh in the Big 12 with a 3-4 conference record. OSU hosts Baylor on Wednesday before traveling to play TCU on Sunday.

The No. 7 OSU women’s tennis team is headed to the ITA National Team Indoor Championship after the Cowgirls won the ITA Kick-Off they hosted.

The National Team Indoors don’t start until Feb. 7. In the meantime, the Cowgirls will travel to Arkansas on Friday and host UCLA on Saturday.

The No. 20 OSU men’s tennis team lost for the first time this season this weekend.

The Cowboys started their weekend with a 4-3 victory against Arizona State on Saturday in the first round of the ITA Kick-Off. The Pokes started with a 3-0 deficit before Brady Draheim, Mathieu Scaglia, Maxim Tybar and Artur Dubinski ripped off wins.

That led the Cowboys to No. 22 TCU on Sunday, where the Cowboys lost 4-0 in the ITA Kick-Off Championship.

OSU will be back in Stillwater on Friday as the Cowboys host Ole Miss before heading to North Carolina to play Wake Forest on Sunday.