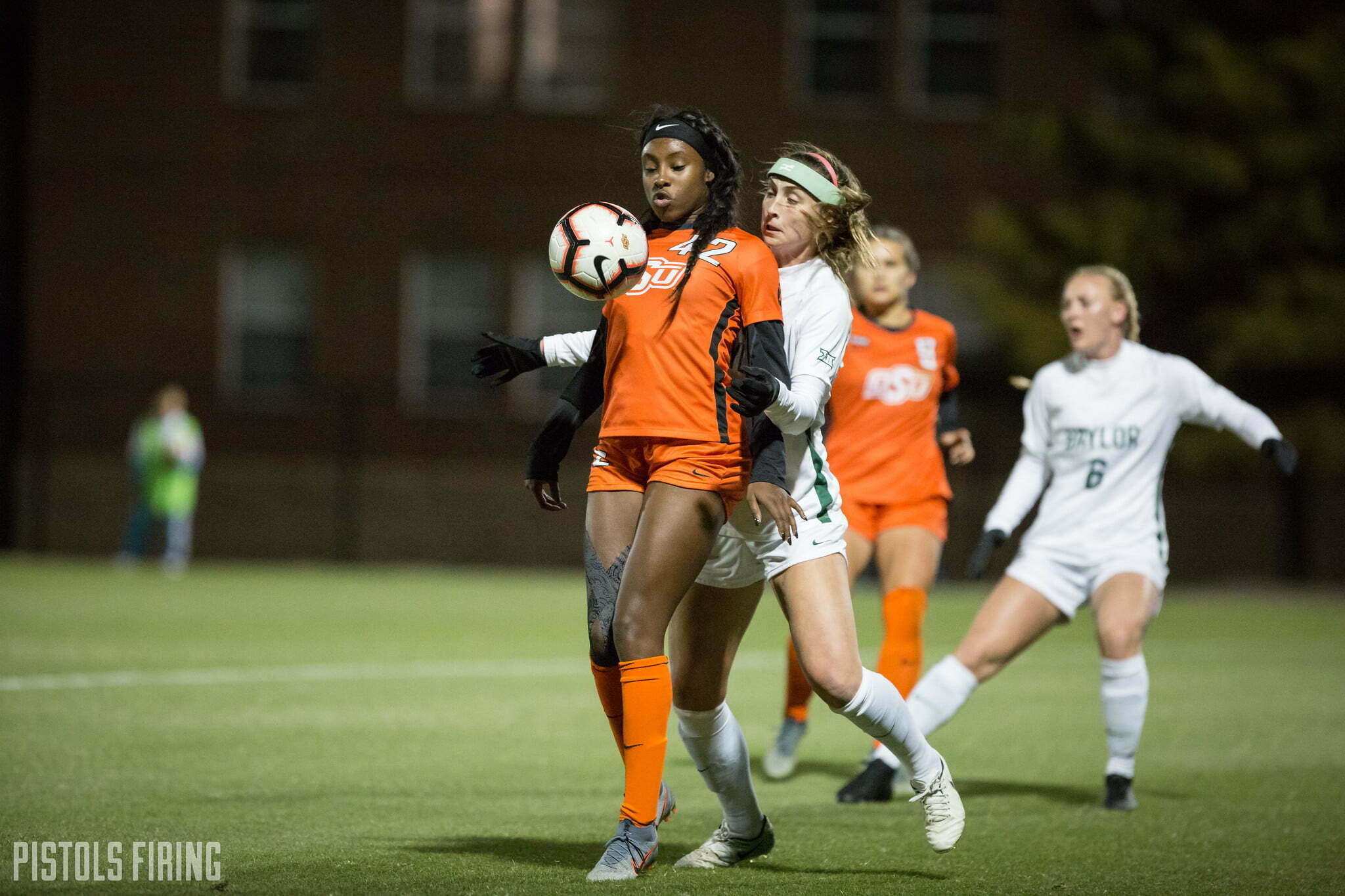 A pair of Oklahoma State teams won Big 12 titles in the last week.

PFB was at the OSU soccer team’s league-clinching win against Baylor on Halloween, but the OSU women’s cross-country team also got some hardware this weekend. Here is a recap of some of the university’s action you might have missed.

The Cowgirls made it eight straight victories Sunday.

The regular season conference champs beat Bedlam rival Oklahoma in the first round of the Big 12 Tournament in Kansas City, as OSU defeated the Sooners 2-1.

The Cowgirls went into halftime down 1-0. It wasn’t until the 57th minute when OSU equalized when Gabriella Coleman scored her seventh goal of the year.

Jaci Jones broke the deadlock in the 81st minute, scoring what was also her seventh goal of the season.

The win moves the Cowgirls to the semifinals of the Big 12 tournament, where they’ll play Kansas on Friday. OSU beat Kansas 5-2 in the teams’ regular season meeting.

OSU’s cross-country teams were in Waco this weekend for the Big 12 Championships. The Cowgirls won their second Big 12 title in program history, and the Cowboys came in second.

The teams will next run in the NCAA’s Midwest Regional, which is Nov. 15 in Stillwater.

After finishing third of four teams in stroke play at the East Lake Cup in Georgia last week, the OSU men’s golf team topped Wake Forest in the semifinals of the match play bracket.

OSU faced Big 12 rival Texas in the finals, but fell 3-2. Stark and Eckroat scored for the Cowboys.

That event ended the Cowboys fall schedule. They’ll be off until February.