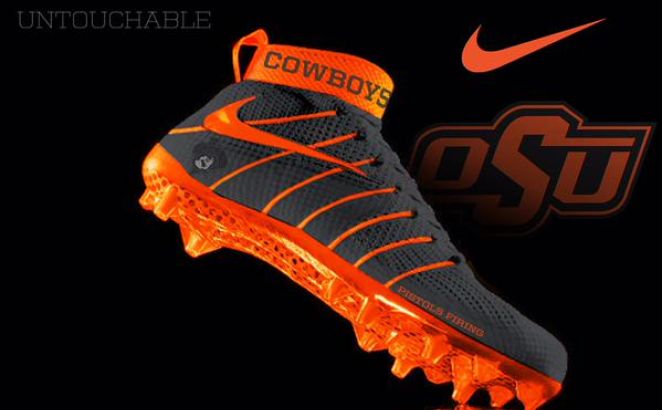 We’ve already unveiled some new gear this summer, with a pretty clear shot of a new icy white helmet we can probably expect to see at some point this season.

On Friday, running backs coach Marcus Arroyo dropped what could be a new addition to the equipment room for the season. Coach Arroyo posted a picture of some pretty sweet customized cleats with “Pistols Firing” down the side and a cool grey Pistol Pete that makes an appearance towards the heel of the shoe.

Oklahoma State has consistently had some of the best gear in the Big 12 for years, but I feel that personally the shoe game is one area that could definitely improve the overall quality. Some of the best uniform combinations could definitely be enhanced with a little better selection of cleats, rather than the classic black Nike’s or black with white we are used to seeing. Can you imagine seeing the custom grey and orange Nike’s with the orange jersey and black pants? Toooooo cold. What combo would you want to see these cleats with?