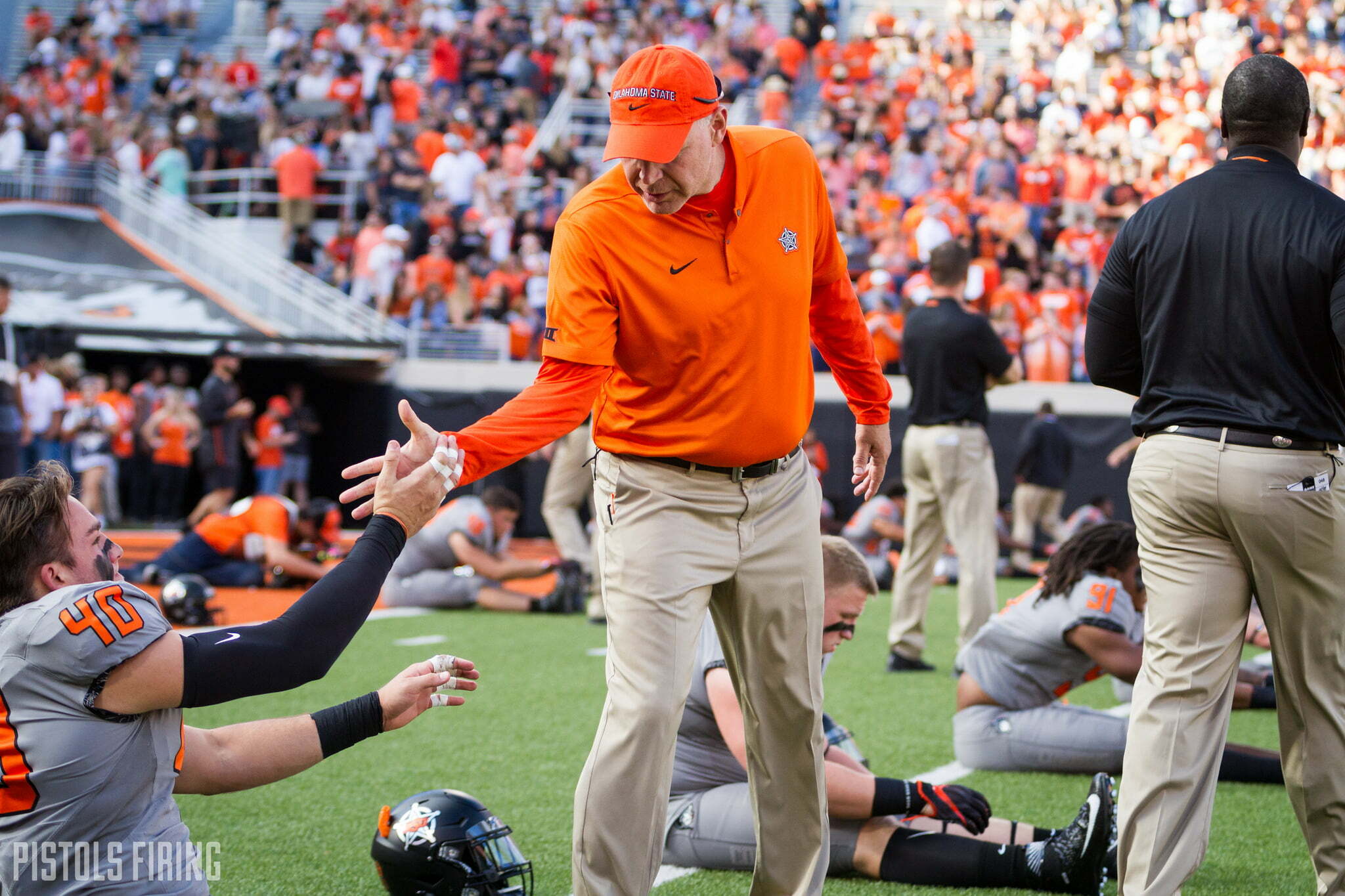 USA Today released its very thorough and very handy assistant coaching salaries database this week, in which it documented the annual salaries of over 1,000 of the 1,300 or so assistant coaches in the country. Many of these are unaccounted for because private schools are not required to release their data.

We’ll get to Mike Yurcich — Oklahoma State’s highest paid assistant — in a minute, but first let’s check in on the Pokes, which checked in No. 25 nationally (again, without the likes of TCU, Notre Dame and Stanford on the list). Here are the schools that OSU was comparable to nationally.

What are you doing Iowa State?

There probably aren’t many surprises here. Mike Gundy has always been adamant about paying the people around him well (as he should given that he’s pretty much completely removed from coaching except in weeks when OSU can actually return punts and kicks).

I’m mildly intrigued by the fact that Texas pays its assistants almost $1 million more than OU does. No word yet if part of their fund for that is reparations for all the emotional damages they have incurred from other fans and players turning their index finger and pinkie upside down. It’s a tough world.

Anyway, back to everyone’s favorite lightning rod. Mike Yurcich is the 40th-highest paid assistant coach in the country at $800,000. He makes more than 29 FBS head coaches (so … pay cut for a head job?) and is in the top four percent of all evaluated assistants in terms of total pay. Here’s a breakdown of where OSU’s assistants rank in terms of percentage.