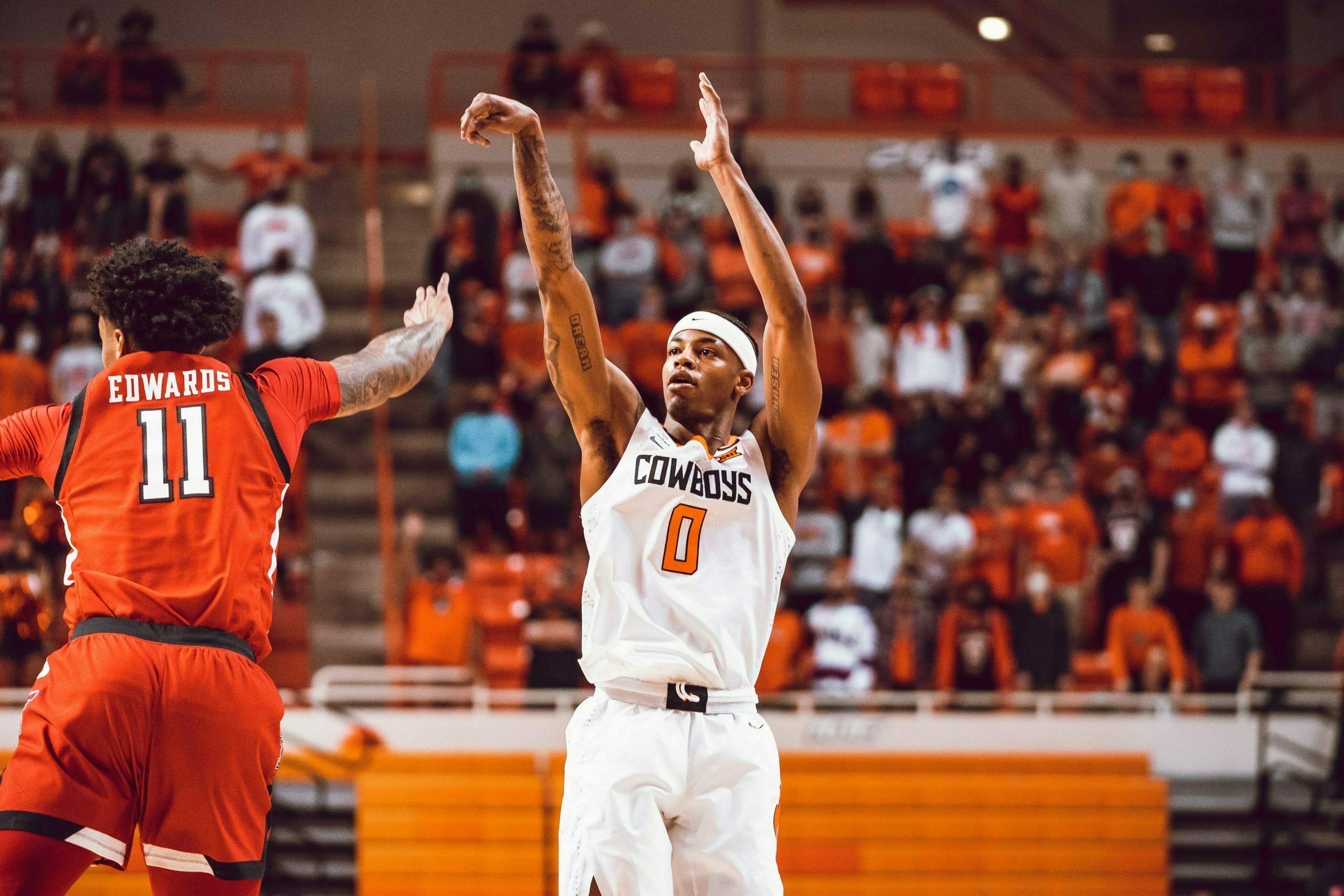 Mike Boynton and his Cowboys got perhaps the best recruit available Sunday, as Avery Anderson announced he was returning to play at least another season in the orange and black.

Anderson tested NBA Draft waters without signing an agent after a stellar sophomore season. In not signing an agent, Anderson was able to hear what NBA teams thought of him as a prospect without burning his eligibility.

“I just thought to myself, I had a good season, and why not see what the NBA GMs think of me, on my game?” Anderson told PFB in mid-April. “So if I could have a change of going high, go now. And if not, come back to school, work on some of the things they tell me.”

His most outstanding performance of the season came March 6 in Morgantown against West Virginia. With Cade Cunningham and Isaac Likekele sidelined with injuries, Anderson dropped 31 points on the No. 5 Mountaineers, including a late isolation dagger.

A recreation management major, Anderson has also excelled in the classroom during his time in Stillwater. He recently earned CoSIDA All-District honors, making him eligible for Academic All-American consideration. He is just the seventh player in OSU history to receive the honor and first since Christien Sager in 2015. He has a 3.46 GPA.

Anderson led OSU in scoring in the 2020-21 season among returning players. Cade Cunningham, the projected No. 1 pick in the NBA Draft, was the only Cowboy to outscore him last season.