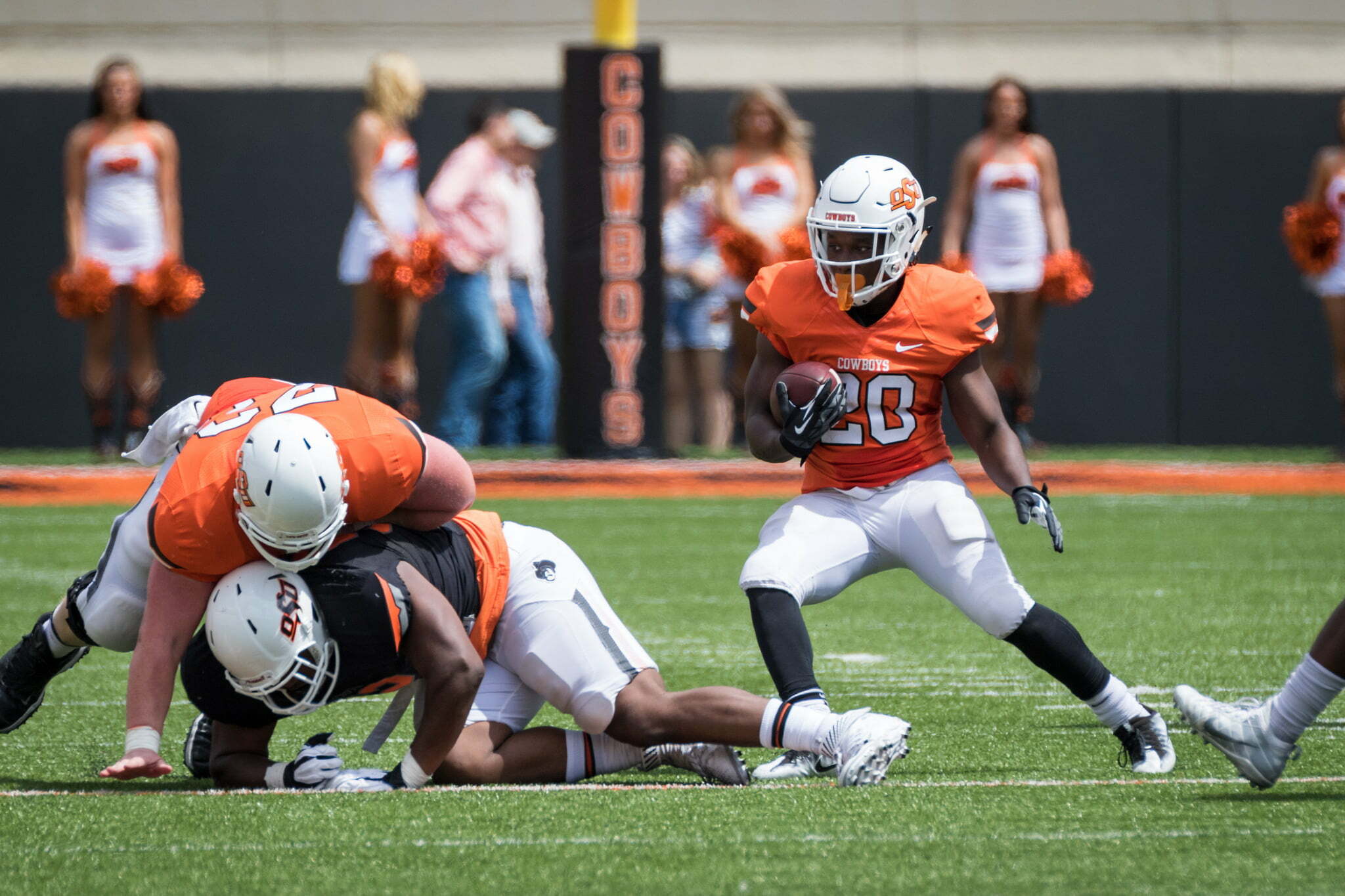 Kyle Porter and Boone are in Stillwater asking coach Mike Gundy, his coordinators and assistants questions at the annual golf outing Thursday while I’m stuck in Dallas.

There are plenty of problems, good and bad, the Cowboys are facing running into fall camp starting Sunday. Here are what I think the five most important ones are:

1. How Long Until We Know the No. 2 Cornerback?

When I asked Gundy about the corner situation at Big 12 Media Days, he threw out Adrian Baker’s name, which we already assumed, but that was it.

Legitimately, eight players could start at any point this season. Like getting full on crackers, that’s hardly OK for a position like receiver, where potentially five guys are on the field at a time. It’s more like trying to get full on cotton candy when you’re talking about a two-man position like corner.

2. Which Receiver(s) Will be Left Behind?

Among Marcell Ateman, Chris Lacy, Dillon Stoner, Tylan Wallace and Tyron Johnson, at least one of those will not get 25 catches this season.

Maybe the obvious answers are Stoner and Wallace, the youngest of the bunch, but maybe not. Both of them play inside, and someone has to back up Jalen McCleskey.

Unless Mason Rudolph starts throwing two balls per play, I can’t see how everyone’s quotas are going to be reached.

3. What is Going to Happen to the ‘Others’ on Offense?

With so much talk and intrigue with going five-wide, the cowboy backs and backup running backs could get lost in the sauce.

(Poor, poor) Jeff Carr could extremely easily be relegated to backup return man. We might also be at this time next year saying how we should have included Keenan Brown in all of this.

But the fact is that with such a striking embarrassment of depth at receiver, it will be so easy to forget about them and leave them off the field.

4. How Fluid Will this Defense Look?

The way I see it, only half of the defensive personnel is locked into position.

Ramon Richards could drop into the box almost like a nickel cornerback. Kenneth Edison-McGruder could fall back in coverage. Almost all of the defensive ends could slide a gap or two toward the center. And a handful of the linebackers could fare well in man coverage.

With the 3-3-5 scheme that we suspect will be the base defense, flexibility will be key (and valuable) except for guys like Tre Flowers, Chad Whitener and the defensive tackles.

5. Can They Stay Healthy?

I asked Rudolph how the offense would change if Justice Hill got injured, like he did this offseason, and he wasn’t having it.

Yes, for now and hopefully for the whole season, but it seems like this offense (and therefore this entire team) is one injury away to either of the guys in the backfield from complete meltdown.

They have been reliable and dependable to this point during the season, but it does make you wonder about a team that has the eighth best odds to make the College Football Playoff.