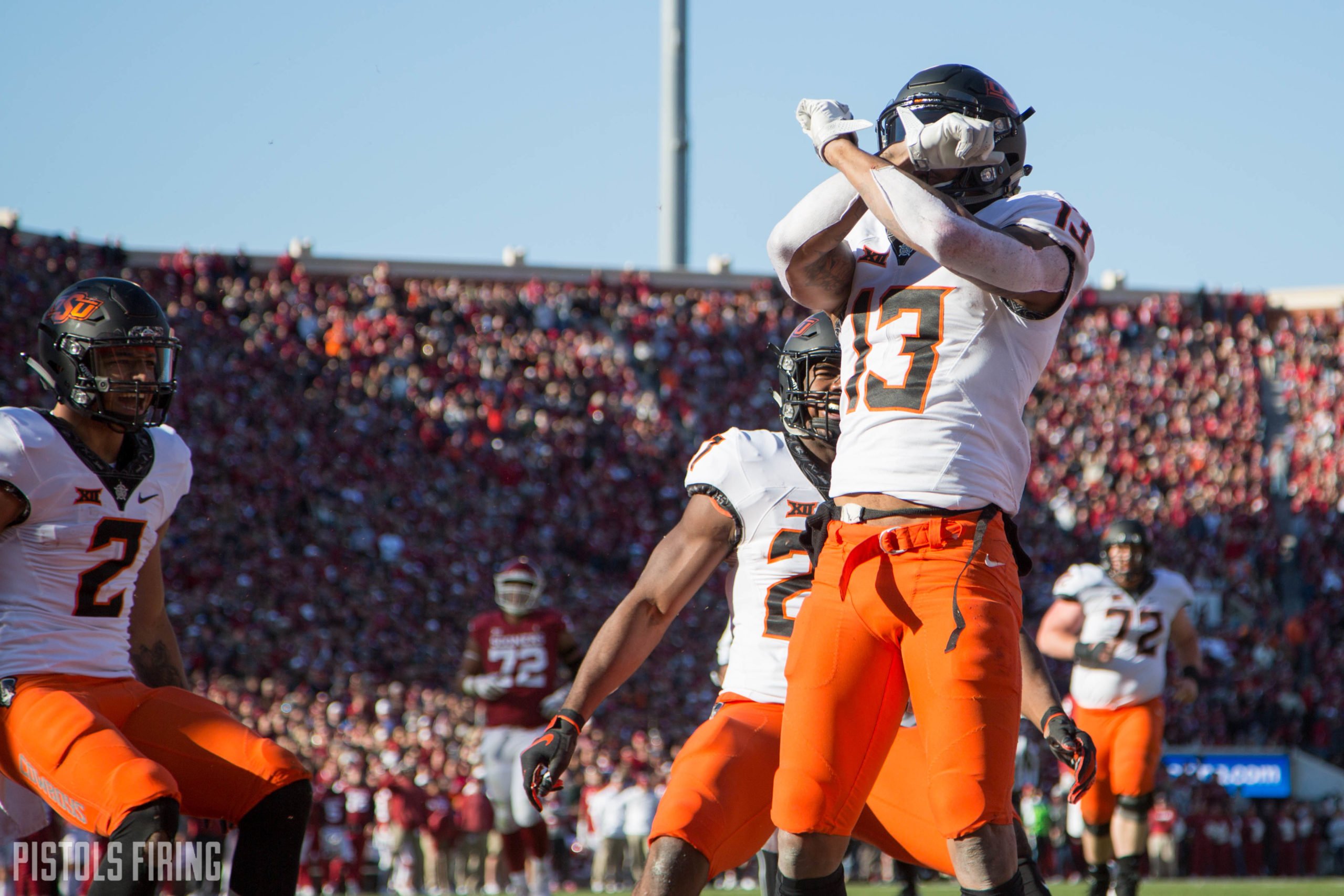 OSU has already punched its ticket to the Big 12 title game but is seeking (another) signature win to flash its resume before the playoff committee. OU, meanwhile, is hoping it can win and get into the title game for a potential Bedlam rematch for all the marbles. Bring on the drama!

It will be appointment viewing, for sure, so before we get to Saturday night, we’ve got all the deets for you on the game to make sure you don’t miss a beat.

Kirk Herbstreit, Chris Fowler and Holly Rowe will be on the ABC call Saturday night live from Stillwater.

Marshall Scott and I will be covering the game live from Boone Pickens Stadium. You can follow us on Twitter here and here. We’ll be providing analysis in the PFB+ forum in a game thread to be posted at a later date. As usual, Kyle Cox will provide instant analysis from the game after its conclusion, Marshall will handle 10 Thoughts postgame, and we will have additional coverage including quotes from Gundy, grades from OSU’s performance and more.

Devin Wilber, our photographer, will also be on the sideline with camera in had getting shots of all of Saturday’s monumental moments.